Welcome, dear readers, to another month of being human behind the reception desk of a guesthouse in Liverpool, where metta meditation, soulful hospitality, and Rumi's poem “The Guest House” welcome and entertain everyone and everything.

Last month's article, “Metta’s Guest House Checks In,” described opening our doors wide to the public after umpteen lockdowns, and the extremes that some guests go to in celebrating the lifting of restrictions. This month explores the quieter extreme of happenings behind closed doors, or when metta does and does not disturb.

Working as a night concierge is not unlike babysitting small children—sometimes things going too quiet is just as worrying as things getting too loud.

One very early morning, a cheerful young man kept walking past reception to vape on the roof terrace. I silently thanked him for making the effort to go outside each time rather than triggering the fire alarm unnecessarily, but after a few turns I did stop to ask this pacing would-be dragon whether everything was alright. He confessed he couldn’t sleep as the light from a nearby shop front was shining straight into the living room where he’d made up a sofa bed. As the curtains are meant to be blackout for that very reason, I offered to investigate. 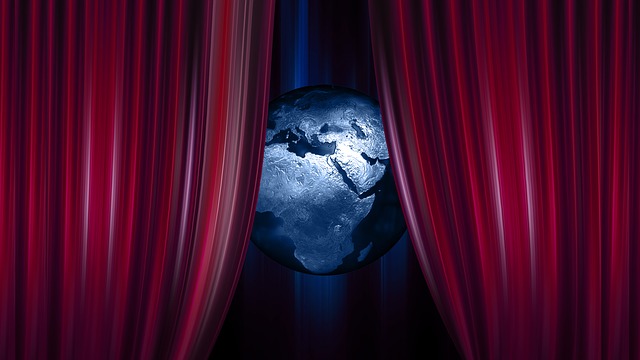 When we snuck into the room like ninjas so as not to disturb his mother sleeping, dead to the world, in the apartment’s bedroom, it turned out that he was absolutely right about the angle of the uninvited spotlight from outside. Short of sewing new drapes, I silently invited metta to guide our next steps.

I remembered that our spare apartment—held back for emergency moves—six floors higher faced another direction, and offered to take him upstairs to show him. He was keen, but insisted that it would be his mother’s decision too and went to see if he could wake her.

Deep down I don’t know that we ever outgrow that midnight-adventure thrill of exploring somewhere off limits in our pajamas, while everyone else sleeps. As we waited for the lift in excited stage whispers, I secretly hoped that we were en route to our solution.

The first thing to hit us in the new apartment was just how much hotter it was after a day of full sunshine during the UK’s recent heatwave. The guests walked around sizing up the same furniture as downstairs in a different arrangement and drawing closed the drapes. While it was certainly darker up here, it was also much hotter. Watching them, it struck me how easy it is for any of us to fantasize about “one day,” and yet when actually confronted with it we suddenly long for what we had.

And that's when the magic of metta not disturbing happened: mother and son looked at each other and solved the problem in unison: “We could always swap beds?”

I didn’t see my insomniac dragon again, but later responded to a review from the young man praise-cursing our too-comfortable beds for causing him to oversleep every subsequent morning of their stay!

A few nights later, another young man came to reception coming up to midnight, complaining that his room was too quiet. I teased him that that was a first for me, could it maybe be a good problem to have? It turned out he was in town celebrating his birthday with friends, but soon got bored of getting drunk as fast as possible at the pub and came back early. I smiled that he was getting older and wiser minutes ahead of schedule, and offered to keep him company in case he turned into a pumpkin at midnight.

A huge Beatles fan, he told me all about the Fab Four sightseeing he’d enjoyed in Liverpool so far and stumped me with an impossible question: of the estimated 336 songs they’d recorded, which was my favorite?

The birthday boy’s favorite was “Back in the USSR,” and I pulled the original video up on the reception laptop up for some impromptu karaoke. I can’t hold a tune to save my life, but did my best at back-up singing and dancing as he crooned about not knowing how lucky we are.

After giving the matter some thought, I settled for the more mellow “Blackbird” written about—depending on the interview—being a black woman in 1960s America or the call of an actual blackbird in Rishikesh, India, considered the yoga capital of the world. It seemed a fitting post-lockdown soundtrack. As we listened to Paul McCartney in the dead of night urging us to take these broken wings and learn to fly, this metta DJ queued up some cover versions I enjoyed for bringing new light to a dark song. Julie Fowlis singing as a woman in Scottish Gaelic and Bobby McFerrin singing a cappella as an actual blackbird are among my favorites, and are perfect examples that sometimes including all sentient beings does involve disturbing the original. Not long afterward, I began receiving perplexed telephone calls from apartments on the 21st floor saying they could hear a dog barking and asking how that was even possible so high up. I assured them they weren’t imagining things as we were a pet-friendly establishment, and went up to investigate. I immediately heard the absolute distress at being left alone in a strange place in the barking of an unfortunate four-legged guest, and every fiber of my being wanted to use my master key to force entry and offer comfort.  However, years of pet-sitting has taught me that that would only make things worse and I quickly scurried back to reception to call its humans back as soon as possible.

A more dramatic example of not disturbing a disturbance of the peace came a few nights later, when I heard a TV blaring on the floor above during one of my patrols. I gently knocked on the door to ask them to please turn the volume down, expecting the usual bleary-eyed guest apology for falling asleep while watching a film. Instead, two young women came to the door screaming all sorts of abuse at me.

It came as a shock to have two complete strangers wish me dead and worse, and decades of meditation practice kicked in while I simply observed the volume of their outburst increase. It was truly spectacular to witness the emotional fireworks with no obvious cause that I could see. At one point, they even accused me of discriminating against deaf people, which was ironic—I could barely hear anymore myself!

When one of them finally took a breath between dark thoughts and malice to provoke me into joining them, all I could manage to invite them in gently as Rumi would with a “Bless you.” That unexpectedly took the wind out of their flapping sails and, after a second of staring at me in surprised silence, they slammed the door in my face and turned their TV off altogether. By then, most of the corridor was rubbernecking the commotion and marveled at how I’d kept my cool.

We also often welcome staff visitors from other sites, both for business needs and to satisfy their own curiosity. A much-loved housekeeping coordinator from London came to stay last week, looking quite stressed. When I asked whether all was well, she confessed that she was finishing a part-time master’s degree and her thesis deadline was next week! We joked that I could revoke her key card access and lock her in her apartment until she met her word count. She laughed, saying she’d already thought of that but there was still the TV and the WiFi and the bathtub and . . .

Writer to writer, I understood and offered to be her thesis nanny so that she could type under my watchful eye at reception. We’d spoken on previous visits about me saging reception after hours—a different sort of “cleaning”—and I shared another secret that night: when the energies feel particularly stagnant, I also like to chime a tuning fork behind closed doors to raise and clear the site’s vibration.

Having created an energetic blank slate, we plugged in her power lead, made some tea, put on some gentle background music, and set her to work while I held the space for her makeshift office.

For the next few hours, we didn’t say a word, and each time her gaze drifted or her bum shifted I cast my best Nanny McPhee look her way to get back to it. It was fun to turn the tables on a woman who spends most of her working day inspecting housekeeping standards, and, frankly, to see her sit still for so long when she’s normally flying here, there, and everywhere during site visits. In the wee hours of the morning, she closed her laptop, rested her forehead on the lid, and announced that she'd done all she could and would edit her work on the train home the next day. I cheered quietly so as not to disturb her thesis peace, and received a text the following week that she'd successfully met her deadline.

After a night out on the town, when all the other guests are already fast asleep, it’s easy for large parties returning in the early morning hours to forget that they’re not alone. One of my favorite tricks when I can hear them staggering in 12 floors below is to press the lift button for reception—on the 13th floor. When the doors suddenly fly open, I greet them with a smile that I like to think of as a cross between Julie Andrews in The Sound of Music and Jack Nicholson in The Shining, and a cheerful “You are not alone!” reminder to be mindful of the other guests in the building. They usually jump out of their skins and are stunned into silence as the doors close again and they’re left wondering whether they just imagined the chirpy/creepy receptionist. For good measure, I’ll watch what floor they get off on and follow up five minutes later.

If they’re still at risk of waking up their neighbors, I gently knock on their door and greet them with the same grin. Because they’re usually still drunk, it takes them a few seconds to recognize me again and ask in childlike amazement how I knew where to find them.

I deadpan that I’m a mind reader and will return if they disturb the peace again as I walk away back to reception. Hilariously, the dayshift will sometimes tell me that a guest checking out had asked whether they imagined a psychic concierge.

And so, dear readers, may the metta you bring to your everyday life disturb or not disturb others as needed; you never know when your blessings may be needed to help keep the peace or to rattle someone to their core. . . .

Social Relations and COVID-19
On Cultivating Loving-Kindness
The Spaciousness of Metta
It All Matters: On Metta, Feelings, and Forgiveness