Welcome to another article of the Lily Pad Sutra, where I explore all I’ve learned over the last eight years of combining meditation practice with location-independence—or what I like to call lily padding.

This month I’ll pick up where I left off in May—in the article Enso My Metta-Morphosis Began—locked out of a house that I was looking after, with its door handle in my hand and the sense that perhaps lily padding had run its course in my heart.

I honoured my final house sit that I had booked after that one, unsure of where the Dharma was leading me next. My best friend wisely wondered whether, after years of developing equanimity with constant change, it was perhaps time to shift gears and develop equanimity with no change at all: how about renting a flat somewhere for a year, and just seeing what would unfold?

Neither of us could’ve predicted what happened next . . .

Not really needing to be anywhere specific, I felt drawn to return to the city that had welcomed me most warmly in all the years of lily-padding: Liverpool. In his autobiographical book, Memories, Dreams, and Reflections, the Swiss psychologist C. G. Jung describes the city as the “pool of life:”

The “liver,” according to an old view, is the seat of life, that which makes to live.

This dream brought with it a sense of finality. I saw that here the goal had been revealed. One could not go beyond the center. The center is the goal and everything is directed towards that center. Through this dream I understood that the self is a principle and archetype of orientation and meaning. Therein lies its healing function. For me, this insight signified an approach to the center and therefore to the goal. Out of it emerged a first inkling of my personal myth.

After this dream I gave up drawing or painting mandalas. The dream depicted the climax of the whole process of development. (Jung 1989, 223) I answered various listings offering accommodation and, following the Dharma’s inner hot-hot and cold-cold nudges after a few viewings, put in an offer for a first floor flat close to one of my favourite parks.

A day before I was due to move in, the landlord called me to apologise profusely that the admin had somehow gotten muddled and would I consider a ground floor flat instead? Could he perhaps show it to me later that day? I laughed and laughed, thinking the Dharma may well take the girl out of house sitting but perhaps day-to-day reality still needed time to catch up? I told him not to worry, and—after a stunned silence from him—he cautiously asked: “Are you really that easy-going?” I explained that I’d just spent years moving to new locations and into new spaces sight-unseen, sometimes even on a monthly basis, and simply picked up the keys from the office on trust.

I arrived with my backpack and may as well have landed on the moon: here was a truly empty space. I confess I was delighted with the admin mix-up (this flat felt even more hot-hot than the one I’d viewed), and simply sat with this blank canvas for a few hours.

Then the furniture slowly started to arrive.

Delivery-by-delivery, the makings of a new home of my own grew up around me by evening like the kind of scientific stop-motion films they show in school biology classes.

Regular readers may remember December’s article, In the World’s Secret Dharma Service by Living the Infinite “Yes”, exploring all the odd jobs I had worked jumping from lily pad to lily pad. Staying in a big city opened up many more options for how I could serve the world through work, rather than being limited to whatever work was available in a particular place at a particular time.

So much is written these days about incorporating mindfulness in the workplace, but what to “do” when you consider work itself a meditation? For any readers that have watched the documentary films Doing Time, Doing Vipassana or Yes Madam, Sir about Kiran Bedi’s extraordinary introduction of Vipassana meditation into India’s largest prison in Tihar and then later the Delhi Police Cadet Academy, you’ll understand this distinction between using meditation to, say, reduce stress or increase productivity in the workplace, and allowing it to become your work in the world.

Between my third and fourth jumps, I visited a friend I used to “temp” with many years ago.  That is, we worked for a temporary employment agency that sent us here, there, and everywhere when a particular business had staff shortages. When I shared some of my lily-padding adventures with her over dinner, she rolled her eyes and said, “You do know what you’re doing? You’re still temping. Only with your whole life this time!”

I often think the Buddha is the only laughing religious figure because he knows that the Dharma has such a wicked sense of humour. In the absence of an obvious next career “move,” I joined an employment agency and let the Dharma have its laugh: I may well have been living in one place for the last eight months, but the agency has sent me to several dozens of different jobs working with/for some million people.

When I was jumping from house sit to house sit, people would often ask how I could possibly move so often without a “home” of my own. My answer? Home is an inner state, not a geography. I’m now discovering the same is true of work. The form (and uniform) may change as often as daily these days, but my true employer (the Dharma) and true job description (bring metta to any situation) remain constant. Sometimes I wonder whether this is the 21st century equivalent of embodying the thousand-armed Guan Yin (Avalokiteshvara or Kannon) or Vitruvian Man, ready to become whatever each moment requires? Move over location-independence, lily padding just evolved into role-independence. 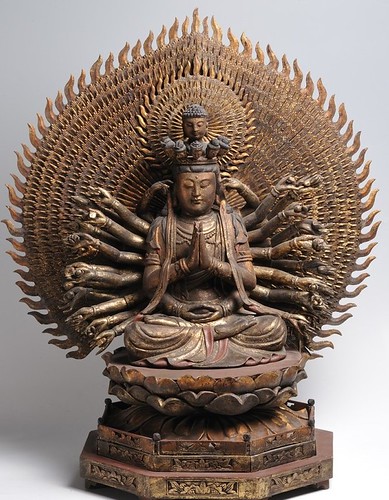 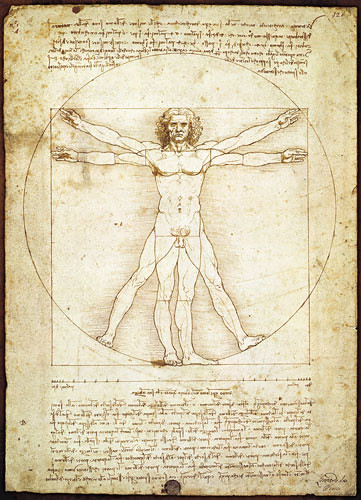 In a given week, I can find myself serving a meal or taking bets at sporting events, reading stories to children dressed as mice (yes, really), marshalling a charity run, counting cars for government traffic statistics, or housekeeping at a pet-friendly hotel. Just the other morning, I was stripping a hotel bed, thinking how making up guests rooms is a kind of life mandala, when a little French bulldog escaped its owners to come help me with the task at hand. I’m convinced his excited barks were the Dharma letting me know I may no longer be pet sitting per se, but the Animal Kingdom still appreciated the metta I am generating.

Temping is often an employment bardo of sorts for people finding their next work step. Half the fun isn’t so much the variety of what I find myself doing these days, but with whom. For example, a few months ago I served breakfast to the athletes of an international horse dressage competition with a co-worker who’d transitioned from being an international catwalk model hair stylist to being a female football (soccer) coach in the United States. I can’t resist a good change-of-career story, so asked him all about it in between scooping muesli and replenishing bacon and eggs for the ravenous riders.

He told me some inspiring stories of turning bottom-rung teams into champions within a season. His secret? “I taught them to play European football. Americans have their own style of football, where maintaining position is key. They’re constantly running back to take their assigned place and then take that thinking into playing soccer. It just doesn’t translate.  European football players know when to stay in position and when to abandon it for the sake of the whole. That, and years of taming catwalk divas, has taught me not to tolerate posturing!” His description made me laugh out loud as it’s almost word-for-word how I imagine the Dharma life “coaching” too.

It also brought to mind a line from author Alice Walker, a practising Buddhist and meditator: We’re so lucky to be here in ANY form. And if you don’t worry about the form, imagine the freedom.

The night before I started writing this article, my bed collapsed: the mattress simply fell through to the floor (with me on it), and the frame’s pieces shot out in all directions in a way a Hollywood special effects team couldn’t have choreographed! The following day my landlord rang to explain that a surveyor had found subsidence in the basement of the building—the ground beneath us was slowly swallowing the foundations—would it be possible to move on as soon as possible?

My laughter was met the same stunned silence of seven months previously: “Wow, you’re taking this really well. Your upstairs neighbours just yelled at me.”

All I could think was, maybe C. G. Jung’s decision to give up drawing mandalas after dreaming of Liverpool were premature?  Maybe both the pool of life and the Dharma were simply reclaiming my current lily pad sooner than my best friend and I had anticipated? In the World’s Secret Dharma Service by Living the Infinite “Yes”
Dharma In The Digital Age: Susan Piver
Sailing on Rough Seas: The Anchor, Rudder, and Mainsail
Buddhistdoor View: How to Be Happily Unhappy
Sustainable Change Management: Serenity, Courage, and Wisdom