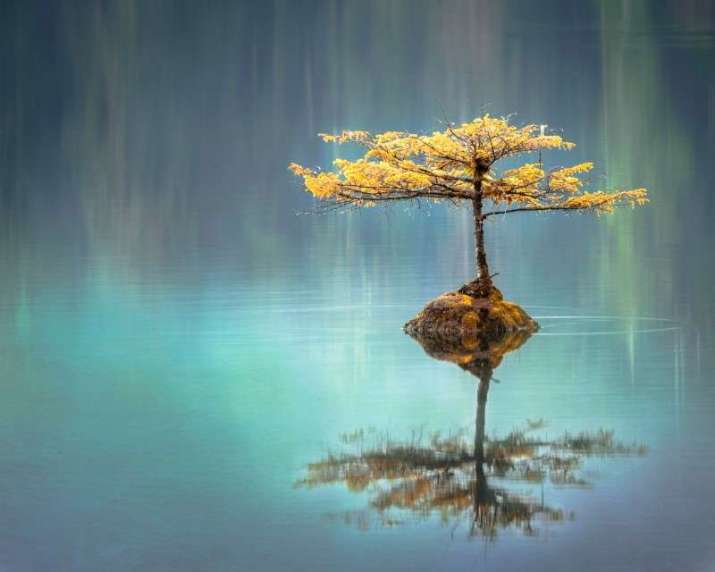 In the wake of the 2016 US presidential election, I found myself in a deep state of confusion. I had been meditating regularly, perhaps more so than at any other time in my life. I had been invited to teach meditation in my community, and that was precisely what I was doing on the evening of the election.

As I exited the yoga studio where I taught, I saw that I had received a flurry of text messages from my now-wife, concerned over early election result favoring Trump.

“Don’t worry,” I reassured her. “It’s still early and the Westernmost states will pretty much all go to Clinton.”

Yet by the time I got home, it had become clear: Donald Trump would be the next president of the United States of America.

He had promised to end all travel by Muslims into the United States—an estimated 1.8 billion people could suddenly be cut off from homes, jobs, and families. He had promised to build a wall on our southern border and to somehow make Mexico pay for it. He had promised to bring back waterboarding, an interrogation technique widely considered to be torture. He had repeatedly called climate change a hoax. He had made demeaning and derogatory statements about countless women in public and was accused by many of sexual assault and harassment.

His rhetoric and plans were filled with hatred toward so many people and yet everyone had to come to terms with the fact that he would be the leader of the United States for four years.

I remember going to sleep that night grateful. I saw and heard the messages of worry, outrage, concern, and despair among liberal and progressive friends. I felt all of it. But I also felt something more: a sense of peace beyond the suffering.

A week or so before the election, I had attended the local Unitarian Universalist church. A visiting pastor told a version of the Taoist or Zen story of the old farmer:

There is a Taoist story of an old farmer who had worked his crops for many years. One day his horse ran away. Upon hearing the news, his neighbors came to visit. "Such bad luck," they said sympathetically. "Maybe," the farmer replied.

The next morning the horse returned, bringing with it three other wild horses. "How wonderful," the neighbors exclaimed. "Maybe," replied the old man.

The following day, his son tried to ride one of the untamed horses, was thrown, and broke his leg. The neighbors again came to offer their sympathy on his misfortune. "Maybe," answered the farmer.

The day after, military officials came to the village to draft young men into the army. Seeing that the son's leg was broken, they passed him by. The neighbors congratulated the farmer on how well things had turned out. "Maybe," said the farmer. (True Center Publishing)

Those who offer this parable generally make clear that this isn’t to advocate a “do nothing” approach to life, just waiting to see what happens next. Anyone who knows a farmer knows that hard work is at the very core of their being. Yet farmers, more so than many of us, also know that there is much beyond our control, no matter how hard we work.

Instead the teaching is that we can take life’s twists and turns with a bit of equanimity.

In the days and weeks after Trump’s election I was, as I noted, confused. I wasn’t confused about what had happened or what was going on in the world, but rather about just what I could and should do to respond. Part of my response was to continue teaching, as I found a healing space in my own meditation practice and had been told by students that meditation brought them joy, solace, and groundedness as well.

Another response, which has led to deep friendships and connections in my community, was to join a public meeting where people discussed their worries and subsequent steps we could take. The meeting, guided by a local LGBTIQ professor and businesswoman, was broken into subgroups based on interest. Mine was religious action. I found myself with five women: one Jewish, one Catholic, two Protestant, and one fellow Buddhist. Together we plotted our salvation—so to speak.

Our meeting that day and in subsequent gatherings focused on local, communal, attainable goals. Small steps we could take together to help prevent some of the harm we saw coming. With this we had some victories. We attended a city council meeting in which a trans-rights ordinance was under debate. We added our voices and celebrated when trans-rights in our city were expanded before our eyes. We also planned a multifaith discussion. Inviting the community to join us as we explored different religious lenses on modern life. Our efforts were small perhaps, but they sustained us. They gave us something bigger to work on and to look forward to. And through this we formed our own community and friendships and bonds. We also created a small template of a community dedicated to service across religious divides.

I can’t speak for the others in that group, but for me, equanimity was a key to each and every step we took. All of our meetings began with the simple joys of greeting one another, sometimes with food, always with camaraderie. This balanced the often-heavy concerns and tasks at hand as we plotted our humble path into the still-great unknown.

Was the 2016 election, the initial event that brought us together “such bad luck?”

As the 2020 election draws near, I am seeing and hearing many angry and panicked messages among friends. I cannot speak for them, but I know that for me, speaking and acting in a state of panic or anger tends to bring bad results. If I can find equanimity—through meditation, community, or reading great works of literature or Buddhist philosophy—I find myself in a space that more readily allows for good decisions. Anger or panic might give me a direction, but to go there safely and effectively requires some peace of mind.

2020 seems like it has just been one bit of “such bad luck” after another for many of us. But remember the farmer. Remember that whatever has happened so far this year has happened to bring us to just this moment where we can ask: What can I do here? What can I bring to this world in the coming days and weeks to help myself and others?

What to Do with this World?
Buddhists Reflect on the US Midterm Elections
The Trump Presidency and Lessons I Refuse to Learn
Buddhistdoor View: Climate Disaster, Capitalism, and the Politics of Malice
Buddhistdoor View: Ego, Brinkmanship, and Violent Rhetoric
Buddhistdoor View: Walls—Crossing the Boundary Between Nationalism and Imagined Communities