I recently came face to face with one such incident as I was about to board a flight from New Delhi to Hong Kong. A few short hours before my flight was due to depart, my handbag containing my passport and other valuables was stolen from my car.

Our driver had just dropped us off for dinner with some friends and said that he would grab a quick bite at a roadside restaurant while he waited for us. Unfortunately, I made the cardinal mistake of leaving my handbag in the car.

As our driver reached his restaurant, someone tapped on the car window and told him oil was leaking from the engine. While the driver stepped out to check, an accomplice quickly reached into the vacated car, snatched my bag, and disappeared into the night. My driver had no idea what had happened. When he returned to collect us after dinner, he saw that I wasn’t carrying my handbag and instantly realized that he had been duped.

My husband and I were devastated that my bag had disappeared, along with my passport and other valuables, just a couple of hours before we were due to fly to Hong Kong. We immediately reported the theft at the nearest police station, and while the police were helpful they were not very encouraging.

We were told that such gangs had become very active lately, stealing laptops, phones, and any other valuables they could lay their hands on. The chances of recovery, we were informed, were minimal. This news was not comforting at all. The situation was very upsetting and I could have made things worse by reacting thoughtlessly and becoming angry with my driver for his carelessness. Fortunately, thanks to my years of practice and presence of mind I remained calm and viewed the situation as merely an unpleasant incident.

An unpleasant situation is just a situation. The spiritual way is to let go of the narratives we create in our minds and misinterpret as reality. How we respond to these incidents is what determines how they impact us. In this particular case, I missed my flight, I lost some money and a few credit cards, I lost all my valid visas, and quite a few personal items that were also in the bag. Instead of becoming angry and upset, I saw the situation as simply an incident and that helped to put things in perspective. 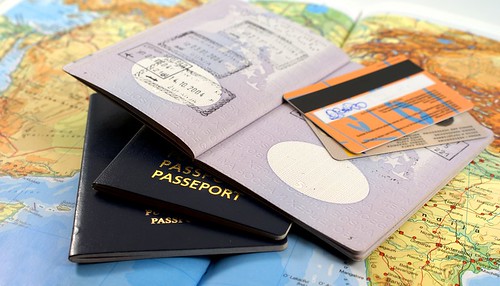 I realized how lucky I was that I was still in possession of my smartphone, my Hong Kong identity card, my driver’s license, and all of my Hong Kong credit cards. I became thankful for what I had and shifted gear from “poor me” to “lucky me.” I felt fortunate that I had only suffered a little material loss and inconvenience. I was not physically harmed and nobody else had been hurt. Our car was undamaged, the driver was safe. My husband and I were safe, as was our luggage in the trunk of the car.

Once we start looking at things from a different perspective, the odds stacked against us no longer seem so overwhelming. However it is not always easy to make that shift in perspective. Our brain’s default mode is often that of fear because, at a primal level, it is our fear of the unknown that keeps us safe. Yet, while this bias toward fear and negativity can keep us safe, it comes at a price. We may end up living in constant fear and mistrust, and when events happen that contribute to this fear and mistrust our brain quickly reverts to this default mode. Each time an unpleasant incident happens, our brain forms deeper neural pathways based on fear, frustration, anxiety, and helplessness.

This is when we need to switch gears—instead of allowing our brain to switch to its default mode, we need to use our neocortex, the most recently evolved part of the cerebral cortex that is associated with higher-order brain functions such as sensory perception, cognition, and language. We humans have a huge advantage over other species in that we can train our brains to think and understand differently. With practice and awareness, we can choose to respond to a situation instead of reacting.

The loss of my passport and other valuables was disheartening, but there was nothing I could do about it after the fact. I needed to focus on addressing the current reality. Once the initial shock wore off, I shifted into high gear: I reported the loss to the nearest police station, then called a few friends who I thought might be able to help our situation. The next morning, I was up and about trying to secure a new passport.

Throughout all this I remained calm, consoling myself with the mantra, “Whatever happens, happens for the best.” I convinced myself that there was some good in this situation, and from then on it did not seem to bother me as much. I accepted it for what it was—an unpleasant incident that was no one’s fault.

Focusing on solutions instead of on why something happens is much more constructive. Although I did learn a few valuable lessons:

•  Never leave your valuables unattended.
•  Always keep copies of your passport and current visas.
•  Have some emergency money in a separate location.
•  Remain calm and know that things will eventually work themselves out.

In the end, things did work out. I received an emergency passport within a few hours. I was told that the process normally takes at least 2–3 days, but I was able to obtain one in just a few hours with the help of a phone call from the right person!

The people I encountered during this experience were very helpful and supportive. Having spent a day at the passport office, I learned a few things about Indian bureaucracy and I have new-found respect for government employees. 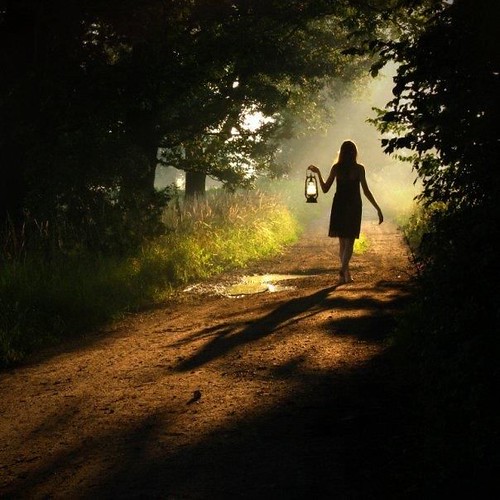 Returning to Buddhism’s First Noble Truth about existence: yes we all age, we all get sick, we all experience unpleasant situations, and we all die. But suffering is a choice; we don’t need to suffer. If we can see these situations as they are, an unpleasant situation is just a situation.

Pain and illness are just reminders that something is not right, but they are also reminders that we are alive. They are part and parcel of life. While we are alive, we will go through the ups and downs that constitute life. Nothing in life remains static. If we have good days, we will surely also have bad days. If we are happy, we will surely also face unhappiness. If we are healthy, we will have days when we are sick. The key to life is remaining stoic and seeing life as an experience, learning from our mistakes and trying to improve every day. Appreciate the small stuff and develop resilience to handle the unpleasant.

We need to learn to live life fully while we are alive. Although I agree that our journey of life moves from birth to old age and death, I don’t necessarily believe that we need to suffer.

More from School of Happiness