The popular “punk” Buddhist teacher and founder of the Against the Stream Buddhist Meditation Society, Noah Levine, has been found to have violated the community’s code of ethics regarding sexual harm. Levine has been removed from leadership roles and the organization will be closing its doors next month.

In a statement released this week, leadership of Against the Stream noted: “Spiritual leaders are held to a higher ethical standard than the public at large and higher than other community leaders,” and that an independent investigator had “concluded that with multiple women, Mr. Levine violated the Third Precept of the Teacher’s Code of Ethics.” 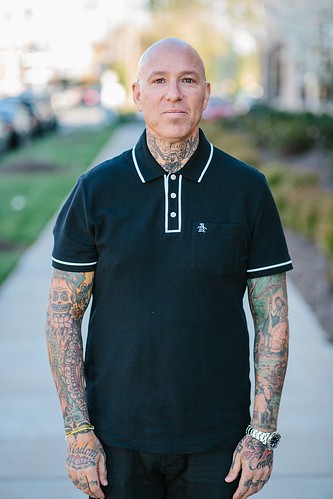 Buddhist teacher and founder of the Against the
Stream Buddhist Meditation Society, Noah Levine.
From wikipedia.org

The Against the Stream Buddhist Meditation Society was named after Levine’s influential book Against the Stream: A Buddhist Manual for Spiritual Revolutionaries (Harper Collins 2007). The society opened its first center in Melrose, California, in 2008 (and later moved to Santa Monica), and has expanded to a network of 10 teachers and 15 facilitators alongside a number of “affiliated teachers.”

With his open attitude toward his past failings, including drug use and jail time, and his striking tattoos, Levine was able to attract a strong following of Buddhists who did not fit in with the “boomer Buddhism” of the older generation. He focused on issues of drug addiction and Buddhist practices for recovery, also founding an organization called Refuge Recovery, which since has distanced itself from both its founder and Against the Stream.

Nonetheless, Levine continues to teach elsewhere, and will be offering retreats called Refuge Recovery that are not associated with his earlier organizations, but are instead run by a group called Rebel Saints. Following is the full letter from the leadership of Against the Stream:

We are writing to inform you of the outcome of the investigation into Noah Levine’s conduct and the future of Against the Stream Buddhist Meditation Society (ATS). We regret the delay and lengthy period of silence that contributed to uncertainty, confusion and pain. We have worked hard to conduct the process thoroughly and in a manner that protected the rights of all involved, including strict requirements for confidentiality required by the Grievance Council Procedures. Members of ATS governance have been deliberate and volunteered hundreds of hours to ensure the trustworthiness of the investigation. We retained expert consultants and an attorney to guide us. All of this has taken time. We ask for your understanding for the ways in which the process has been painful for you.

The ATS Grievance Council received allegations of sexual assault involving Noah Levine on March 27th 2018. Pending an investigation, Mr. Levine was temporarily suspended from teaching at ATS on March 29th. Soon thereafter, Roberta Yang, an experienced attorney and investigator of workplace harassment, was hired to conduct an independent investigation of the initial allegation and other allegations of misconduct that surfaced shortly thereafter.

Ms. Yang’s task was to determine if the ATS Teachers Code of Ethics was violated by Mr. Levine and convey her conclusions to the ATS Grievance Council. The standard Ms. Yang used was the preponderance of evidence, which means that she considered if the allegations were more likely than not to be true based on her evaluation of statements from witnesses and other evidence. Ms. Yang interviewed, or offered to interview, all affected parties and reached her conclusions independently and without any influence by ATS. Ms. Yang concluded that with multiple women, Mr. Levine violated the Third Precept of the Teacher’s Code of Ethics, namely, “to avoid creating harm through sexuality.” That is to say, Ms. Yang concluded that, based on her evaluation of the evidence she reviewed, the preponderance of that evidence showed such violations.

These findings were carefully considered by the ATS Grievance Council and recommendations were made to the ATS Board of Directors in consultation with an independent ethics consultant. The standard for evaluating a Buddhist teacher’s actions are not the same as the criminal or even the civil standards of proof. Spiritual leaders are held to a higher ethical standard than the public at large and higher than other community leaders. However, ATS’ conclusion is not a finding of guilt or liability by a court; it is our conclusion based on our own evaluation of the evidence presented to us. Mr. Levine denied, and continues to deny, wrongdoing.

At the conclusion of the process, the Board decided to remove Mr. Levine from the Board and from teaching at ATS. The Board further recommends that he seek all necessary support to transform his understanding and conduct, especially as it relates to his relation to power dynamics.

Firstly, to the women directly impacted, we wish to remain available to you and to provide whatever support we can that you might find helpful. We consider this another critical moment to study the way that different treatment based on gender constellates in the ATS community specifically, and society more generally. Events such as this have the power to shake one’s confidence in the refuge of Buddha, Dharma and Sangha. We hope that the pain of this moment actually leads us back towards the heart and that we might all find true refuge.

Effects on Organization and ATS Future

The effect of the controversy arising from these events has been devastating for ATS. While ATS has previously experienced precarious financial moments, this period has eroded core capacities of the organization. Fiscal impacts were immediate. A 10th anniversary fundraiser was postponed; a large foundation grant was returned because we could not meet our objectives; other forms of giving contracted. Monthly expenses significantly outpace revenue and our savings have been drawn down. Four Board members resigned, a co-guiding teacher departed, two affiliate centers – Boston and Nashville – are dissociating from ATS, and our Executive Director is planning to depart at the end of his contract period. Each member of our Teachers Council has expressed a wish to dissociate themselves from Mr. Levine – to begin again and share teachings in a new form with students.

During the course of the investigation, the Board of Directors, Teachers Council and Executive Leadership explored a number of financial models and collaborative arrangements that would allow ATS to remain a viable, healthy organization. We were unable to find a solution.

With deep sadness, we announce that ATS will close the doors to its Melrose, Santa Monica and San Francisco centers on Sept 30, 2018. Know that the impact of losing a spiritual community has been given every possible consideration. We understand that many of you have been sangha members from the very beginning. Our commitment moving forward is to be available and be present for the grief or anger or confusion that may arise.

While we have tried to navigate this time with as much skill as we have, we know that these events are a lot and land in different ways for you. To the extent that we can be of support, we wish to be available for you. We will be holding community sessions in Los Angeles and San Francisco, and the teachers will use class time, when appropriate, to help digest all of this. Please know that we’re also part of the sangha – none of this has been easy and we’re experiencing our own forms of loss.

The refuge of Buddha, Dharma and Sangha is supported by people and places, but is never dependent on a person or a place. Though ATS is ending, the Dharma, as always, continues. The ripples and resonances of goodness and sincerity continue.

Our teachers and facilitators are actively transitioning to new offerings, groups and spaces to ensure that former ATS communities across the country are supported going forward. In Los Angeles, JoAnna Hardy has announced the formation of the Meditation Coalition, which Mary Stancavage, Cheryl Slean and some ATS facilitators will be joining. In San Francisco, Vinny Ferraro is in process looking to rent space for the Friday night class. Matthew Brensilver will remain accessible and is committed to serving the sangha in a sustained way. Nashville ATS will continue in the same location as Wild Heart Meditation Center. In Boston, Chris Crotty is committed to ensuring long-term sustainability of sangha in that city and on the east coast. We will announce more details as they come.

For the next months, Vinny Ferraro’s September weekend retreat will continue as planned, the New Years’ retreat with Cheryl Slean and Dave Smith will be held again in Malibu, and the Women’s Retreat with Mary and JoAnna will be held once again at Joshua Tree in January 2019.

We will update you as details are finalized.

To our beloved community, we are humbled, we are heartbroken, and we grieve with you.

ATS Board of Directors