In this essay, I would like to reflect on the relationship between meditation and morality. Is morality useful for meditation? Is meditation useful for morality? The easy answers to these questions are that, of course, mental discipline aids meditation, and mindfulness a moral life. In quite a few meditation manuals, such as “Zazengi” in Dōgen’s (1200–53) Shōbōgenzō (DZZ 1: 88-89), morality constitutes a preparatory stage of meditation. However, as in my essay “Meditation as moral training,” I would like to probe a little deeper and, in particular, focus on Dōgen’s interpretation of the famous verse 183: “Not to commit all evil, to perform numberless good, to purify the mind, that is the teaching of the Buddha.”* (DZZ 1: 277) I believe that reading Dōgen’s text in the 21st century provides us with a new perspective on moral theory as well as on meditation, and highlights the relationship between the two. Today’s reflections are based on my article “Meditation as Moral Training: Reading Dōgen's “Shoakumakusa” in the light of his Meditation Manuals.” (Kopf 2012)

As soon as scholars of Buddhism and Buddhist practitioners raised in the Christian or Jewish traditions became interested in Buddhism, they began to ask whether or not Buddhist teachings provide moral theories or even ethical systems. For example, Inazō Nitobe (1862–1933), a Japanese Christian, wrote his famous Bushidō: The Soul of Japan in response to inquiries fielded by friends and colleagues during his time in Philadelphia as to whether the religious and philosophical traditions of Japan provide moral guidelines. 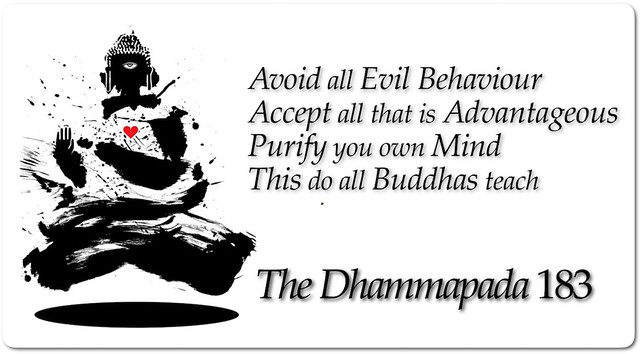 In the last 30 years, Buddhist ethics has become an important field of study that has its own academic journal, the Journal of Buddhist Ethics, with scholars such as Damien Keown leading the way. Many of these explorations deal with the central conundrum that while it is hard to find ethical systems à la Immanuel Kant’s (1724–1804) deontology, Stuart Mill’s (1806–73) utilitarianism, or even Aristotle’s (fourth century BCE) virtue ethics in Buddhist texts, there is no doubt that there are ample moral guidelines** to be found in the Buddhist scriptures such as the Eightfold Path, the Five Precepts, the Six (or Ten) Perfections, and, of course, the above mentioned dictum of The Dhammapada. In his What the Buddha Thought, Richard Gombrich went so far as to claim that morality was one if not the central teaching of the Buddha.

At the same time, Dōgen’s treatment of the verse 183 of The Dhammapada reflects his meditation theory in general. In “Shoakumakusa,” Dōgen maintains that, not unlike the practice of “silent meditation” (Jpn. zazen), the embodiment of “not committing all evils” and of “performing numberless good” involves the practice of “all Buddhas and all ancestors,” evokes activity of the “seven Buddhas of old,” constitutes the “true transmission of the Buddhadharma,” comprises the activity of “presencing” (Jpn. genzō), and “exhausts all worlds,” “all times,” and “all realms.” (DZZ 1: 277–84) **** 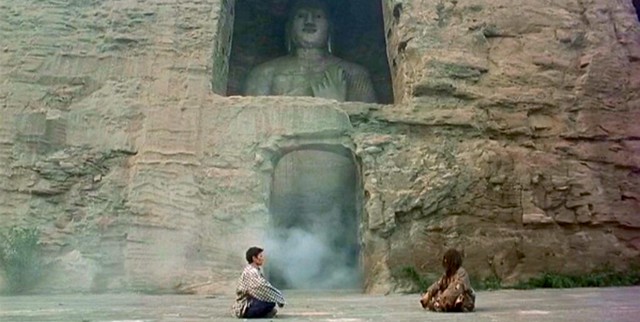 Scene from the movie Running on Karma (Daai check liu), in which the main character, Big, realizes
the truth of The Dhammapala. From shangols.canalblog.com

Elsewhere, I have argued that the various statements Dōgen fashions to interpret the Dhammapada reflect his fourfold interpretation of “Buddha-nature” (Jpn. busshō)***** and outline the process of meditation from a literal understanding of the precepts to a performative one. The latter highlights that morality constitutes constant practice in order “to liberate all sentient beings,” to paraphrase the Bodhisattva Vow: in some sense, morality is the practice of mindfulness and mindfulness the practice of morality.

To understand this sentence, I recommend taking a step back to remember the purpose of the precepts: the alleviation of suffering. The precepts do not constitute a goal in themselves but provide a path; a vehicle to deeper wisdom, greater compassion, and less suffering. Similarly, the Vimalakīrti Nirdeśa Sūtra recounts that a bodhisattva, at times, breaks the precepts to liberate all sentient beings from suffering. Thus, the bodhisattvas also illustrate a path; a vehicle to deeper wisdom and greater compassion. In other words, both the śrāvakas and the bodhisattvas provide various paths/vehicles to liberation. Similarly, both morality and meditation (“purification of the mind”) constitute tools; “skillful means” (Skrt. upāya), to alleviate suffering. Thus understood, ethics does not comprise a separate, standalone discipline but a path—one of many—to the ideals outlined in many Buddhists texts: wisdom and compassion. The Great Buddha of Nagoya at Tōgan-ji. Photo by Áskell Jónsson

* All translations from the Japanese are mine.

** Of course, Buddhism is much more than meditation, but for the purpose of this essay, I will focus on the role of morality in Dōgen’s meditation theory.

The Good News of Suffering: Four Questions on the Four Noble Truths with Yongey Mingyur Rinpoche
Practicing the Bodhisattva Path with Buddhism and Psychology: An interview with Ven. Zhankong
The Art and Nature of Meditation with David Kimball Anderson