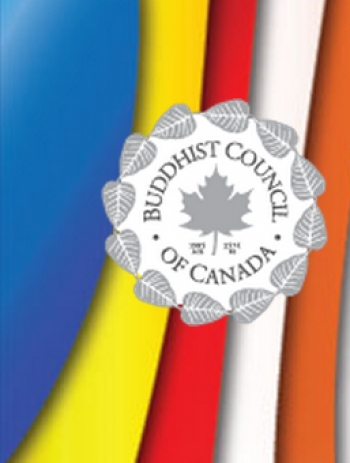 “Two Buddhisms?”, the interviewer asked me.

“No”, I said, “there are as many Buddhisms as there are Buddhists”, I said.


What I meant, of course, was that one’s PRACTICE of Buddhism was different from the practice of the next. This, of course, is as encouraged by the Buddha: “Be an island unto yourself”.

However, it is also the case, as in Canada, that Buddhists can be grouped by ethnicity – Chinese Buddhists, Japanese Buddhists, Tibetan Buddhists, Sinhala Buddhists, Jewish Buddhists, Anglo Buddhists, German Buddhists, etc., to name just a few out of a myriad. A wider traditional Buddhist distinction would be Hinayana (or Aadiyana, meaning ‘Early vehicle’ as I have come to call it), Mahayana and Vajrayana.

It is into this mix that the distinction Ethnic Buddhist and White Buddhist falls (as in the recent Vancouver Sun, by Douglas Todd, “As Buddhism rises in North America, two “solitudes” are emerging” (12 21 12). This distinction is literally ‘racist’, simply because it is based on,.. er… , race. But it can also be racist in a pejorative sense. We whites are rational – don’t believe in rebirth, or faith, or ritual. You out there arriving from elsewhere are full of all that and more. And by implication, rather foolish!

If it is the Mahayanist that comes to be equated with Ethnic Buddhist in the article, and thus feel maligned, it is ironically, as if s/he has met her/his Waterloo! Mahayana means ‘Greater Vehicle’, itself a case of one-upmanship. It is as pejorative as it can get. The early tradition (Theravada) comes to be denigrated as the ‘the Lesser Vehicle’ (Hinayana). Neither Mahayana nor Hinayana, of course, is part of the Buddha’s vocabulary.

That aside, it was two young Buddhists, that helped make my thinking clear and made me come up with a different distinction. ‘Inherited Buddhist’ and ‘Acquired Buddhist’. “I’m a Buddhist”, said the beaming young daughter of a colleague I was visiting in Colorado, USA “I have been all my life”. ‘Just like me’, I thought, this Brown old man from Sri Lanka. ‘She, too, has inherited it from her parents’. Born was the ‘Inherited Buddhist’ in my mind! Born Jewish, her parents, had come to be Buddhist by the time of her birth. The parents themselves had acquired Buddhism, just as they had acquired an education at the university, as adults. Aha! It was the ‘Acquired Buddhist’ that was dancing in my head now.

Change of scene to Canada. “I was Christian in Vietnam”, said my university student. “But my parents were Buddhist.” Well, they had inherited Buddhism from their parents. A perfect fit of an Inherited Buddhist, but a far cry from the young Jewish girl. After coming to Canada, my student had become Buddhist – learned of it, studied it and came to appreciate it. All in the making of an ‘Acquired Buddhist’!

So the scenario came to pan out like this:

This schema has nothing to do with ethnicity, skin colour, past religion, place of birth - immigrant or native-born. It is simply descriptive of how one has come to be Buddhist. Did you get it from your parents as a birthright? Or did you stumble into it yourself? Think of one’s mother tongue and a second language.

Of course, an IB – AB could come from any future or past generation as well.

So is this two Buddhisms? No, again. It only tells us how one has come to encounter Buddhism. How, or what kind of Buddhist practice and AB or IB comes to have, at any given point in time, will always be personal. Many Buddhists, many Buddhisms.

But there is another way Buddhists can be categorized - ‘good’ Buddhist and ‘bad’ Buddhist. Ah, now there’s a distinction. All Buddhists – AB or IB, scholar or practitioner, would agree that living an ethical life – abstaining from (a) killing, (2) taking what is not given, (3) sexual misconduct, (4) disharmonious language and (5) liquor and substance non-abuse, is the foundation of being a good Buddhist. Not to abstain from them would be the bad Buddhist.

Of course, there are no ‘absolute’ good Buddhists, any more than there are no absolute bad Buddhists. Each of us can only claim to fall somewhere along the continuum under of the five Training Principles, aka Precepts. Liberation is when one comes clean on all this, but, of course, more - jettisoning attachment / greed (r?ga), anger / hatred (dosa) and ignorance (of the reality of nature) (moha). And parking ignorance means coming to the understanding that there is nothing like a permanent soul (the teaching of ‘asoulity’ (anatt?)), that everything changes (anicca) and suffering is reality (dukkha). And further that everything is both conditioned and conditioning.

Returning to the Ethnic / White distinction, we may end on the note that the Buddha allows for two paths towards such jettisoning - (1) through ‘mind’ (ceto vimutti), faith included in this, and (2) through ‘wisdom’ (paññ? vimutti).

The Four Noble Truths – suffering, cause of suffering, that suffering can be nipped, and the way to do it (Path), help brings you in developing the understanding towards this. The Noble Eightfold Path – ethical conduct (s?la), concentration (sam?dhi) and wisdom (paññ?) guides you there.

So, to repeat, believing or not believing in Rebirth has nothing to do with liberation. Nor does chanting. It is how you use either as the basis for the cultivation of an ethical life that matters.

Oh, by the way, no need to be offended or elevated by labels. Remember the teaching of Anatta ‘asoulity’? Just as there is no thinker behind the thought, but a mere process, there is no ‘you’ who can get ‘offended’ either. But if you tell me you saw yourself in the mirror today, yes, of course. There is the psychophysical you. But all that is a process of the billions of atoms and molecules at work behind doors to keep you going.

Inherited or Acquired, cultivate yourself ethically, unoffended,. Don’t let some columnist, or a label, get you!

Prof. Suwanda H J Sugunasiri is the Founding Editor of Canadian Journal of Buddhist Studies, and formerly a Toronto Star columnist on Buddhism. He is currently the President, Buddhist Council of Canada.

He has graciously granted permission to reprint this article of Dec 26, 2012 on Buddhistdoor.

For more info on Buddhist Council of Canada:  http://www.buddhistcouncil.ca/