Home » Features » Health and Well-being » The Right to Sight

Stuck in the usual rush-hour traffic, a lanky young man decides to hop off the bus at the busy Maharagama intersection. “It’s probably faster to walk the rest of the way than to be stuck in this rush-hour traffic,” he thinks to himself.

Despite having completed a gruelling eight-hour shift at the government hospital and then navigating his way through the honking three-wheelers and bustling crowds, Dr. Asela Abeydeera remains unflustered. With a gentle smile, he greets the 30-odd patients who have been sitting patiently in the narrow waiting area of the Karuna Community Eye Care Centre. Without losing time even for a cup of tea,  Dr. Asela settles himself in the examination room ready to attend to the first patient.

The above has become a regular routine for the 49-year-old community ophthalmologist over the past year. While many of his counterparts in the same trade are striving for success and wealth, Dr. Asela has, admirably, chosen a different path. In addition to his full-time job at Sri Lanka’s Ministry of Health, almost all of his spare time is dedicated to looking after the eye care needs of those less advantaged. So much so that those around him are sometimes concerned for his personal well-being.

When asked why he pushes himself so hard, Dr. Asela’s answer is short and simple: “It is my passion!”

As the former head of Sri Lanka Vision 2020,* Dr. Asela has received much commendation for his work. Under the program, more than 40,000 poor people suffering from cataracts regained their sight. However, in early 2017, Dr. Asela felt that Vision 2020 had become sidetracked by political and business interests.**

In order to continue the work so close to his heart, Dr. Asela decided to initiate a new project. In September 2017, in collaboration with the Sri Lanka Association of Community Ophthalmologists (SLACO) and the Karuna Trust—a charity founded by businessman Mahinda Karuratne—Giving Sight Giving Life was launched and an office was opened in the Karuna Community Eye Care Centre; a fully equipped eye clinic providing free services for all.

“The aim of Giving Sight Giving Life is to provide free eye care services to those who are economically deprived and geographically marginalized; to reach the unreached,” explained the mild-mannered Dr. Asela. “Our main focus is those from low-income families in rural villages, especially the elderly, who have no knowledge of, or access to eye care. Over 100,000 of the elderly in Sri Lanka are blind. More than 500,000 are either partially blind or suffering from poor vision due to cataracts. Most do not seek treatment out of fear, ignorance, or simply a lack of resources.”

With a small team of volunteers and doctors, the eye charity conducts at least one outreach program every month in a selected rural location. An eye camp is mobilized with the help of local officials and grassroots organizations. The camp is open to all who have some kind of visual impairment—usually, about 300 people turn up for examinations at each camp. Patients who are found to need cataract surgery are selected for another round of screening. Upon confirmation, surgery dates are fixed based on the availability of funds and eye surgeons in hospitals. Surgeries are usually performed at the nearest charitable eye hospital where the facilities are available. With the support of funds from the Karuna Trust, patients are transported to and from surgery. Transportation is also provided for post-surgery examinations the following day, a week after the surgery, and a month later. If the patients are unable to come for follow-up examinations, the doctors travel to where they live and render their services onsite.

“I didn’t even have to know which hospital conducted my surgery because I was transported to the hospital and everything was provided,” related Evigin Nona, 85, who underwent an eye operation earlier this year. “Now I can see. These programs are required in our country because not everyone can afford to buy a pair of spectacles or spend the money for a surgery. Through these noble services, poor people can benefit and live a healthy life. We thank the Karuna Trust and Giving Sight Giving Life for serving our community and helping people this way.”

For 80-year-old Muthumenika, who was almost blind due to cataracts, such an operation would have been quite inconceivable were it not for the charity. “One’s eyes are like a pair of jewels and should always be protected. Giving Sight Giving Life is a truly meritorious initiative. We had been to both government and private hospitals, but we were not given a proper response or good service. Here, we are provided a genuine voluntary service, and for this the doctors and staff must be blessed by the Noble Triple Gem.”

The gratitude expressed by each patient brings warmth to Dr. Asela’s heart: “We meet many people who have become completely blind due to cataracts at these outreach programs and it’s amazing to see how they regain sight after going through the operation.”

“The poor cannot afford cataract surgery which costs about 100,000 rupees (US$620) at a private hospital,” observed Mahinda Karuratne, founder of the Karuna Trust, which funds most of the operations. “At government hospitals surgery is free, but patients have to buy the lenses and other consumables, which may cost around 30,000 rupees (US$188), and they would have to be on a waiting list for months and months. Giving Sight Giving Life provides a low-cost service. The Karuna Trust spends about 10,000 rupees (US$62) for each operation, including the cost of the lens, hospital bills, utilities, and staff payments, all of which are discounted. The surgeries are conducted by a few charitable eye hospitals with which we co-operate. This way, we can give sight back to thousands of poor people who would otherwise remain in the dark.”

In fact, the joy of sharing in such meritorious deeds has prompted Mahinda to forgo the customary offering of dana to the temples for his 85th birthday, instead opting to offer a dana of special significance in support of Dr. Asela’s cause—the gift of sight for 150 cataract patients.

The charity also provides free spectacles, treatment for minor eye ailments, diagnosis and referral of eye conditions needing further treatment at each eye camp. To date, more than 500 reading glasses have been provided those whose eyesight has weakened due to age. It has also set up satellite centres in rural areas so that people with impaired vision, especially those with cataracts, can be identified and referred for necessary treatment.

Since September 2017, Giving Sight Giving Life has performed more than 650 cataract surgeries, an indication of the level of demand for such services in Sri Lanka. Yet there are only 60 eye surgeons attached to the government hospitals in the whole country. Of these, only around 45 perform cataract surgeries. A grossly inadequate situation for a country like Sri Lanka, with a population of about 21 million people.

Each year, around 100,000 cataract surgeries are performed in the government and private sectors. It is estimated that over the next five years, 240,000 cataract surgeries will have to be performed annually to clear the backlog of 1.2 million patients (according to calculations by the Karuna Trust). In five years, some 500,000 people will be treated, while around 700,000 people will be at risk of blindness. And the future seems even more worrisome: the elderly are estimated make up 25 per cent of the population by 2041 and 80 per cent of those above the age of 70 are predicted to have a high risk of cataracts. One simply cannot ignore the scale of the problem.

Despite the heavy workload and pressures—not least from those who see his work as undermining their own interests—Dr. Asela remains undeterred in his commitment. “In most cases, all it takes is a simple 10-minute operation to restore their sight, yet so many people become needlessly blind. We have a duty to care for the poor and weak, to protect life. These are the Buddhist values we have been taught since childhood. Everyone has a right to sight because giving sight is giving life!”

* VISION 2020 represents the global initiative for the elimination of avoidable blindness, a joint programme of the World Health Organization (WHO) and the International Agency for the Prevention of Blindness (IAPB) launched in 1999.  The overall aim of vision 2020 has been to reduce avoidable blindness in Sri Lanka through the development of a sustainable and equitable national program for prevention and control of blindness as a part of the National Health Service. 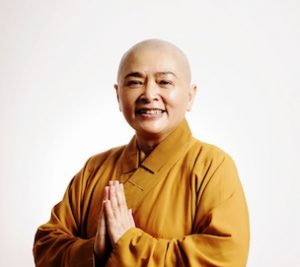