In this second part of our interview with the Kalmyk translator and scholar Bem Mitruev, Buddhistdoor Global discusses Buddhist education, the sacralization and preservation of the Kalmyk language, and sources of inspiration during intensive study of Buddhist philosophy.

Buddhistdoor Global: How do you see the role of Buddhist education in Russia and in general?

Bem Mitruev: It seems to me that in our century, as His Holiness the 14th Dalai Lama has said, “education is the main thing.” I am not talking only about Buddhist education, but if we would like to preserve Buddhist knowledge in this world, we need education. Saying education, I mean that we need to organize a process of learning for people who are interested in Buddhism as religion or just in Buddhism as a field of study. 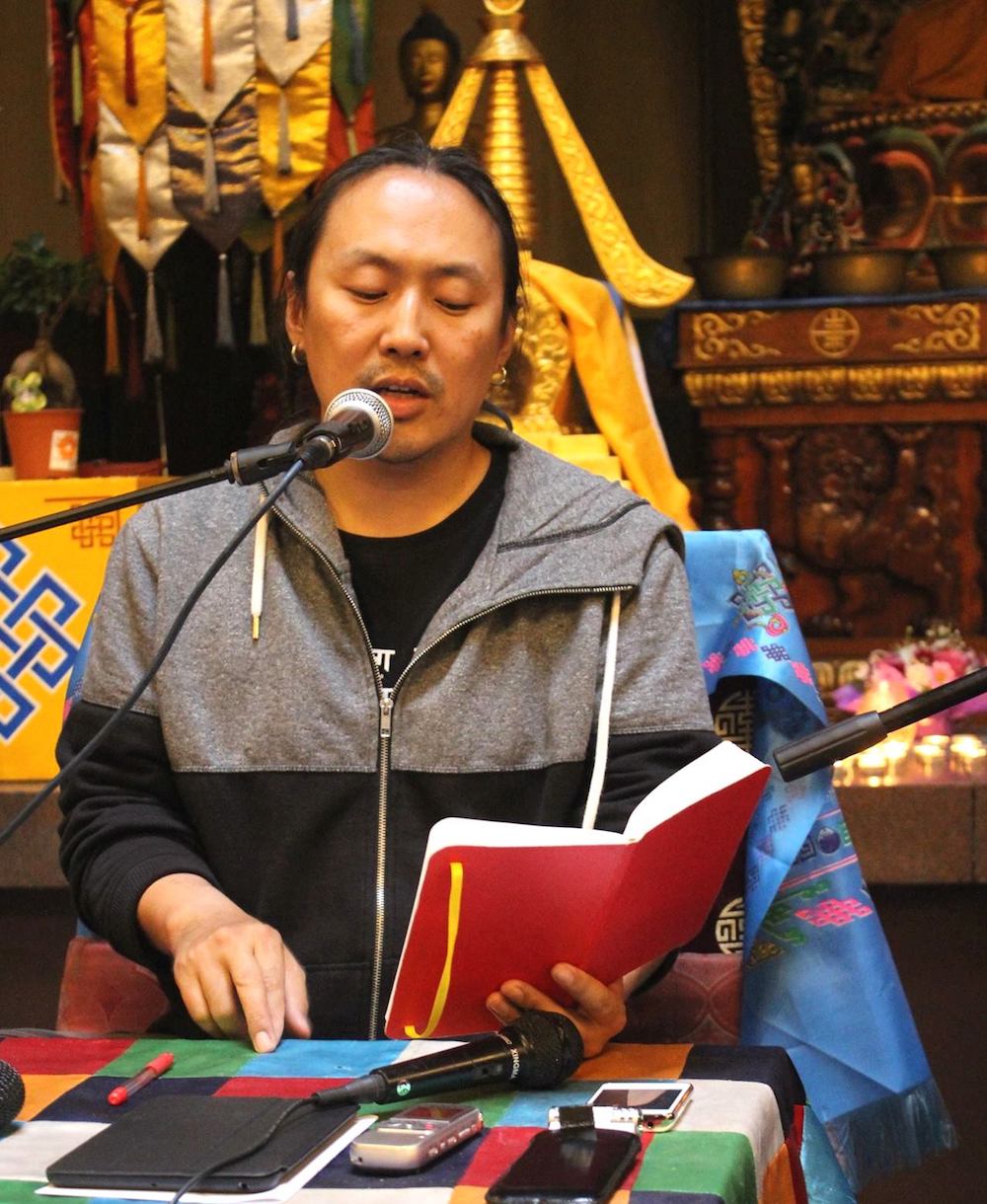 Mitruev during his translation work in Russia. Image courtesy of Bem Mitruev

First of all, we need a place where they can attain a deep knowledge of Buddhist texts and philosophy. As you know, His Holiness the Dalai Lama has observed that there are different aspects to Buddhism. For example, there is Buddhist culture, Buddhist philosophy, and Buddhism as religion. Now, when speaking about education in Buddhism, I mostly mean Buddhist philosophical teachings. In order to do understand it, we need to study the commentaries and the words of the Buddha or the sutras, such as the Prajnaparamita Sutras. But of course, it is quite difficult to comprehend the meaning of sutras, to study the sutras themselves, which is why we need to rely on commentaries—I mean mainly those written by Indian and Tibetan scholars, and in this regard it is much more important to study the Indian commentaries. Some of them are available in Sanskrit, but most are not because they were lost and we have to study them in Tibetan or some other language, for example Chinese. The Tibetan tradition was very meticulous in translating from Sanskrit into Tibetan, so the translations are usually quite exact. Mitruev interpreting during the teaching by Kudeling Rinpoche in Moscow. Image courtesy of Bem Mitruev

BDG: What ’s your view on the sacralization and preservation of the Kalmyk language as a Buddhist language?

BM: The Kalmyks are a national minority who are losing their culture and their language. It is happening to many nations and to many peoples in the world because of globalization and many other reasons. I think that it is possible to help the Kalmyk language if it can be used by the Kalmyks and people who would like to study it as a sacral language of Buddhism. If you learn your language not only for interaction with other people, but also as a sacral language of your own religion, this will also help to preserve it.

For example, for Catholic people it could be Latin; and even if they do not speak Latin anymore it is still kind of alive through prayers and the students who study it from a religious perspective. If we do not use a language in modern fields of life, such as in the judiciary, in document processing, or in government educational institutions, we will lose it eventually because we will lack a field or context in which to use it.

Probably one method of preserving the Kalmyk language could be to try to turn it into one of the languages that preserves Buddhist knowledge so that it becomes itself a language of Buddhist knowledge. The same happened to some extend to Ivrit (modern Hebrew): Judaists were able to preserve the language because the Talmud and the Torah were written in that language. Mitruev during the 10th anniversary of the central monastery of Kalmykia, the Golden Abode of Shakyamuni Buddha, 2015. Image courtesy of the author

BDG: What has been your source of inspiration during all these years of ongoing study?

BM: While studying in India, I always had great interest in Buddhist philosophy. This thirst to learn more about Buddhism was the main drive behind my study. Another source of inspiration was the scholars who lived before us in different places—Tibetan scholars and Kalmyk scholars, for example Geshe Wangyal* and others. They obtained their deep knowledge of Buddhism through studying far away from their native places. It was very inspiring and supporting knowing that it has been done before by many people and that I too could do so—I too can obtain some degree of knowledge of Buddhist philosophy. BDG: Which aspect of the Buddha’s message gives you strength and acts as a guiding light?

BM: There are several things that I like very much in Buddhism. First of all, it is very open to critical analysis. His Holiness the Dalai Lama emphasizes that the Buddha always said: “You need to check what I say before you accept it; not just because you are respectful to me.” It is a very open way to study. You do not need to take something at face value, you have to think about it. If you understand it, if it agrees with your empirical observations, then you can accept and follow it. If not, then you don’t. That seems to me to be so open and allows you not to simply follow the dogma but to open your mind and use your critical and analytical abilities to understand Buddhist philosophy.

There are some other things that I very much admire in Buddhism: what they called in traditional Buddhism “the method aspect.” Method means love and compassion. I think it is very important, especially in our world where we very much lack these qualities. In our world, we don’t have enough warm hearts and compassionate attitudes toward our fellow human beings. This, I think, is the source of many of the troubles and problems that we face. Buddhism does not just say that we need to be compassionate and loving toward others, which is one of the main aspects of Buddhism, but moreover Buddhism gives methods as to how we can cultivate love and compassion; it gives logical reasons why we should cultivate love and compassion toward sentient beings; it gives logical reason why we should see the people around us as deserving of love and compassion. I think this is very important for our modern society. * Ngawang Wangyal (1901–83), popularly known as Geshe Wangyal, was a Buddhist priest and scholar of Kalmyk origin who was born in Astrakhan Province in southeast Russia. He studied at the Gomang College of Drepung Monastic University in Lhasa until 1935. In 1958, he established the Tibetan Buddhist Learning Center in New Jersey, the first Tibetan Buddhist Dharma center in the West.