Ocean Vuong, a 30-year-old writer and Zen Buddhist who came to the United States at the age of two with his Vietnamese parents, was honored this week with one of the MacArthur Foundation’s coveted “genius grants.” The grants offer recipients US$625,000, which is distributed over a five-year period. Recipients are free to use the funds as they please. Vuong is one of seven writers chosen this year and is one of the youngest fellows, alongside 30-year-old artist Cameron Rowland.

Vuong’s debut collection of poems, Night Sky With Exit Wounds (Copper Canyon Press 2016) earned him Britain’s T. S. Eliot Prize for poetry. His latest work, a novel called On Earth We’re Briefly Gorgeous (Penguin Press 2019), was a New York Times Best Seller. Vuong was born in Saigon and first learned to speak English at the age of 11. He is currently an assistant professor in the MFA Program for Poets and Writers at the University of Massachusetts-Amherst.

In a statement to the Daily Hampshire Gazette, Vuong expressed his gratitude for the MacArthur Fellowship and said that he planned to use it to help his family, a long-time goal.

“Often we say a fellowship gives us ‘time and space,’ and that is very much true—but for me, the definition of time and space is the freedom to alleviate my family’s financial stresses,” he said. “This grant allows me to take care of my family in perpetuity—and I can do my work with commitment and dedication knowing I will be able to care for them in any catastrophe.” (Daily Hampshire Gazette)

The MacArthur Foundation praised Vuong for “Marrying folkloric traditions with linguistic experimentation in works that explore the effects of intergenerational trauma, the refugee experience, and the complexities of identity and desire with eloquence and clarity.” (MacArthur Foundation)

Speaking of his creative process, Vuong said: “In my Zen Buddhist practice, one of the most privileged state of minds is not the expert, it’s not the master, it’s what’s called the beginner’s mind. (MacArthur Foundation)

“The beginner’s mind is a mind that approaches the natural world and the phenomena within it with utmost curiosity. And I think one of the most perennial powers of an artistic mind is awe and wonder before the world,” he said in a video produced by the MacArthur Fellows Program. Vuong is often seen pictured with a jade-colored Guanyin pendant, the bodhisattva of compassion and mercy, around his neck.

His latest work is a loosely autobiographical novel, written to a mother who cannot read English. “I grew up surrounded by Vietnamese refugee women who used stories to create portals. I use language and literature as a way to orchestrate a framework to think and inquire about American life, including the legacy of American violence,” said Vuong.

“Often we demand of the American novel to be cohesive, a monolithic statement of a generation, but, having grown up post-9/11, cohesion was not part of my generation’s imagination nor our language or self-identity, and I felt if I was to write my version of the American novel it would have to look more like fragmentation,” Vuong said in an interview for the MacArthur Foundation.

In 2016, his debut book of poems won a 2016 Whiting Award. “Visceral, tender, and lyrical,” the selection committee noted. “These poems unflinchingly face the legacies of violence and cultural displacement but they also assume a position of wonder before the world.” (Foreign Policy) 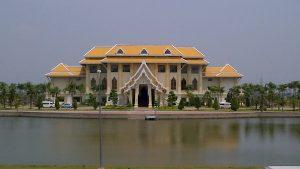