Telo Tulku Rinpoche, the spiritual leader of the Kalmyk people, gave his first online teaching on 23 May, the first day of the sacred Buddhist month of Saka Dawa (Kalmyk: Yrs Sar), in the Tibetan calendar. Rinpoche’s teaching was dedicated to the Buddhist vows of refuge vows and taking a Buddhist approach to dealing with this period of pandemic.

The shadjin lama (head lama) of the Kalmyk people and the honorary representative of His Holiness the Dalai Lama to Russia, Mongolia, and the members of the Commonwealth of Independent States, gave the important instructions and advice from his home in the United States, where he is staying in isolation. His teachings were livestreamed on Zoom and YouTube.

Saka Dawa is the most sacred Tibetan Buddhist festival, celebrating Shakyamuni Buddha’s birth, enlightenment, and parinirvana. During this month (from 23 May to 21 June 2020) it is recommended to recite prayers and mantras, and to accumulate virtuous activities through body, speech, and mind. The merit of the accumulated spiritual practice is believed to be multiplied hundreds of thousands of times, and on the 15th lunar day, the Saka Dawa fullmoon, the merit is believed to be multiplied by millions of times.

During his almost three-hour talk, Telo Tulku Rinpoche explained the importance of making offerings and taking refuge vows. He also shared his thoughts on the challenges of the pandemic, which have changed the whole world, and explained how to use this time in a positive way.

“Please, don’t be socially distant, while remaining physically distant. We don’t know how long this pandemic will last; it is uncertain. The Buddhist teaching constantly refers to the concept of impermanence. This pandemic has shown us how everything can change instantly. Our whole life can change—the way we act, the way we think, the way we engage, the way we speak, everything has changed. Let’s not complain about this, but instead let us try to utilize it and transform it into an opportunity to do something good and beneficial.”

In the conclusion of his talk, the shadjin lama of Kalmykia requested that the Buddhists from numerous countries watching the broadcast join him in prayer, taking a moment of silence, and reciting the mantras of Shakyamuni Buddha, Bodhisattva Avalokiteshvara, Green Tara, White Tara, Medicine Buddha, Bodhisattva Manjushri, and dedicating the merit.

“Let us dedicate the merit to all of those who are living in a fear of this coronavirus, those who wish to be free from all forms of suffering related to this pandemic, and let us send our prayers and positive thoughts to the doctors and nurses, and all those working in the medical field. The number of people who have passed is enormous globally, beyond our imagination. And this whole situation has really shown us how truly interdependent we are on each other—politically, economically, physically, and spiritually. This is exactly what the Buddha has taught us about dependent origination.”

Rinpoche’s next online teaching will be given on 5 June, the full moon day of Saka Dawa, and the day associated with Buddha’s birth, enlightenment, and parinirvana.

Telo Tulku Rinpoche was born to a Kalmyk family in Philadelphia, Pennsylvania. In 1979, at the age of six, he had an opportunity to meet His Holiness the Dalai Lama in New York, who recommended sending him to Drepung Gomang Monastery in South India to receive training as a Buddhist monk. Rinpoche spent 13 years in the Tibetan monastery studying Buddhist philosophy. In the late 1980s, he was recognized as a reincarnation of the great Indian saint Tilopa (988–1069). In 1991, Rinpoche visited Kalmykia with His Holiness the Dalai Lama, and in 1992, he was elected as shadjin lama (head lama) of Kalmykia and was entrusted to lead the spiritual restoration of the Buddhist republic. 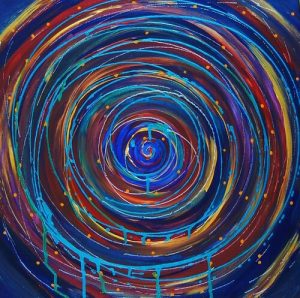