Jefferson Workman, a Buddhist practitioner in Spokane, Washington, brings his practice to life each day in his work as a barber. Encountering every new customer, Workman infuses his work with Buddhist principles and practice, even naming his business the “Bombu Barbershop,” referencing a Japanese Pure Land term meaning an ordinary or foolish person.

Workman’s small, one-chair barbershop is nestled in a residential area in the city’s North Hill neighborhood. There, he offers a no-judgement approach to each client’s hair and life. His own path of twists and turns has taught him that each person has a unique way and perspective.

That path brought him to Buddhism some 20 years ago after a friend offered him a book introducing the religion. After that, he began attending the Spokane Buddhist Temple, a Jodo Shinshu Temple founded in the city in 1945. A year later, he began a practice at the temple that has lasted some 20 years, including more than 10 years serving on the board of directors and four years as a minister’s assistant.

During this time, at the age of 50, he began barber school. A shift in life direction that led him to his current occupation. Workman described his own life at age 35 as like “a rope twisted on a limb” and without direction, a facet of his self-awareness that has allowed him to remain open to the lives of the customers he encounters each day. (Spokane Favs)

Recalling his own past and embedding the word bombu in the business name, Workman is reminded of the difficulties and awkwardness inherent in human life.

“It cultivates a sense of compassion for everyone, which then helps you become less judgmental of everyone else because you understand everyone shares the same thing,” Workman said. “So, I try to keep that thought in my head that we all have the same experiences in life no matter what we have. At the core, we all share those failures and those foibles. So when you sit down in my chair, you and me are the same people, the same level. So I try, I’m human, but I try to make no judgments.” (Spokane Favs)

Workman said that he treats each new client as a fresh slate, as an individual simply seeking a good haircut. Knowing that many causes and conditions brought each person to him, he actively seeks to connect with them as human beings.

“How can you not be humbled by all of those things that had to happen for us to share this moment and for us not to respect and honor this moment that we have right here?” he said. (Spokane Favs)

Workman practices active listening as part of his business and Buddhist practice, noting that, ideally, people should use their ears more than their mouth. Along the way, he says, he seeks to keep an open mind about not only the lives of his clients but also their ideas and perspectives on the world. His goal, in addition to giving a great haircut, is to recognize the human condition represented in each client.

“We can come [to my shop] and we can enjoy each other as people in this spot without having all of those outside influences affect us,” Workman said. (Spokane Favs)

Through his work, Workman deepens his appreciation and practice of the Dharma. He lets go of preconceptions and simply lives in the moment with the client. 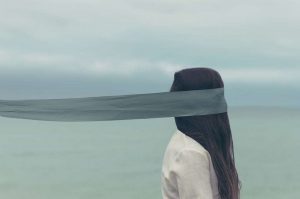