As South Korea’s Constitutional Court launched an open hearing on the constitutional legality of capital punishment, the leaders of seven religious groups, including the Jogye Order of Korean Buddhism, South Korea’s largest Buddhist order, submitted a joint statement urging the court to abolish the death penalty.

The petition—the first joint statement of its kind in Korea—was submitted to the court ahead of the hearing, which began on 14 July. The signatories include Venerable Wonhaeng, the head of the Jogye Order; Lee Hong-jung, general secretary of the National Council of Churches in Korea, which represents Protestant churches; and Kim Hee-joong, archbishop of the city of Gwangju, and chairman of the Committee for Promoting Christian Unity and Inter-religious Dialogue of the Catholic Bishops’ Conference of Korea. Also endorsing the statement were representatives of the Won Buddhist order, the Sungkyunkwan Confucian movement, the Cheondogyo pantheistic religious movement, and the Korea Religions Association.

The spiritual leaders called for an end to capital punishment, stating that the practice runs contrary to human dignity and the right to life. “All criminals who harm other people deserve punishment, but the country should not take their life away through the cruel punishment,” the joint statement said. “Instead, the country must examine primary causes behind such crimes and seek ways to prevent lawbreaking. And it must make efforts to give administrative support to victims.” (Yonhap News Agency)

The Jogye Order is a school of Seon (Zen) Buddhism that traces its roots back some 1,200 years to the Unified Silla (also known as the Later Silla) kingdom (668–935). The Jogye school as a distinct entity emerged in the late 11th century when the monk Bojo Jinul, credited as the school’s founder, sought to combine Seon practices with the theological underpinnings of sutra-based Buddhist schools, including Korean Pure Land Buddhism. The order now represents the largest segment of South Korea’s Buddhist population, administering about 1,900 active temples, more than 13,000 monastics, and seven million lay followers.

While capital punishment remains legal, South Korea has maintained an abolitionist policy stance for more than 20 years. A total of 920 executions were carried out between 1948 and the most recent executions on 30 December 1997, when 23 people were hanged, each of whom had been convicted of murdering at least two people. There are currently 59 people serving time on death row. In June this year, a court sentenced a 53-year-old man to death for killing a woman and murdering an accomplice in December 2021.

South Korea’s late president Kim Dae-jung, a prominent pro-democracy politician who held office from 1998–2003, was charged with treason and insurrection in 1980 and sentenced to death under the regime of military dictator Chun Doo-hwan. The death sentence was later commuted to a prison sentence following an international outcry. While later serving as president, Kim did not authorize a single execution.

In two previous hearings by the Constitutional Court, in 1996 and 2010, the judges voted in favor of the death penalty in split decisions of 7–2 and 5–4, respectively. In 2020, Korea’s Ministry of Justice voiced support for an international debate on the abolition of capital punishment, casting its first-ever vote in favor of a resolution for a moratorium on the death penalty during the 75th session of the UN General Assembly.

The latest Constitution Court hearing comes in response to a constitutional petition filed in 2019 by a man convicted of killing his parents in 2018. Although prosecutors called for the death penalty for his conviction, the court later commuted his sentence to life in prison. According to local media reports, six out of nine votes must be cast in favor of abolition in order for the death penalty to be ruled unconstitutional.

“Life is an absolute value which cannot be taken away through a legal judgment,” the religious leaders said in their statement to the court. “As society has changed in the past 12 years, we expect a proper conclusion this time.” (UCA News)

Buddhistdoor View: Reckoning with Those Who Do Wrong
“We Have All Made Mistakes” – Teaching Mindfulness in Prisons: A Different Kind of Rehabilitation 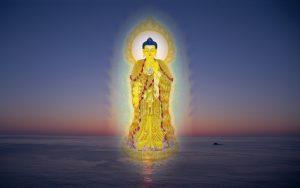 Freedom is an absolute value as well, but I hear no one abolishing prisons. Why?

Because neither life nor freedom are absolutes. They can both be forfeit by the actions of criminals, who should, rightly, answer for their crimes.