Home » News » Events, Festivals, and Teachings » Buddhists Pray for Peace and Unification Ahead of Inter-Korean Summit

Ahead of the inter-Korean summit scheduled for next week, Buddhist organizations are meeting in South Korea to pray for peace, stability, and unification on the Korean Peninsula.

On 12 April, 400 Buddhist nuns from 12 countries, including South Korea, Cambodia, Taiwan, Thailand, the UK, and the US gathered in Seoul to offer prayers for peace. The gathering took place at the first general assembly of the World Buddhism Bhikkhuni Association, an international bhikkuni organization based in Taiwan and founded in 2016.

As the assembly prayed for peace, 100 Taiwanese nuns carried lotus lanterns onto the stage. Ven. Hwajeong, head of the South Korean branch of the office of the World Buddhism Bhikkhuni Association, gave the opening address. “As much as we’ve been separated, South and North Korea have come a long way in maturing our relationship. I believe we can become a global powerhouse if we can be reunited,” she said, adding that  the two Koreas would achieve unification if they practiced the Buddha’s teaching of asaṃskrta-dharma (unconditioned existence), recognizing that all is one. (Yonhap News Agency)

Ven. Seoljeong, head of the Jogye Order of Korean Buddhism—South Korea’s largest Buddhist organization—thanked the attendees, adding: “We hope the general assembly can provide an opportunity for everyone around the world to ingrain in their hearts the meaning of harmony, peace, and unification.” (Yonhap News Agency)

After the meeting concluded, the nuns visited Panmunjom and the Korean Demilitarized Zone in Paju, as well as various Buddhist temples in Korea to continue their prayers.

On Tuesday, four of Korea’s major Buddhist orders held a prayer ceremony for peace and stability on the peninsula. The event was attended by 900 people, including religious and political leaders, notably South Korean president Moon Jae-in, who reaffirmed his intent to establish peace between the two Koreas, stating that while “the complete denuclearization of the Korean Peninsula is the most urgent task that lies before us,” the co-existence and co-prosperity of the Koreas was the ultimate goal. (Yonhap News Agency)

During the ceremony President Moon, his wife Kim Jung-sook, and Ven. Seoljeong, offered lotus lanterns to the Buddha. President Moon noted that he had consulted the Buddhist teachings in preparation for the summit to find the wisdom of sustainable peace, and had thought deeply about the Buddhist tradition of mutual respect, understanding, and harmony to overcome differences.

After the ceremony, Ven. Seoljeong expressed hope that the inter-Korean summit would progress smoothly, adding that he would pray for peaceful reunification and coexistence as the summit takes place.

The summit between South Korean President Moon Jae-in and North Korean leader Kim Jong-un, scheduled for 27 April, will be the third such dialogue between the two Koreas, and the first since Kim Jong-un assumed leadership from his father Kim Jong-Il.

The goal of the summit, according to Moon, is “to bring down the wall between the South and the North and build a path to co-existence and joint development. Separated families must be allowed to reunite, exchange greetings, and freely visit each other.” (Yonhap News Agency)

Since the signing of the Korean Armistice Agreement in Panmunjom, on 27 July 1953, the two Koreas have officially remained at war.

Next week’s summit will be followed by a meeting between US president Donald Trump and Kim Jong-un in late May or early June. Earlier this week, Trump confirmed that CIA director Mike Pompeo had met with Kim Jong-un earlier this month in order to discuss the North Korea-US summit. Energy as a Way of Life: Japanese Buddhist Priests Reflect on the Ukraine and Sri Lanka Crises While Calling for Local Energy Self-Sufficiency 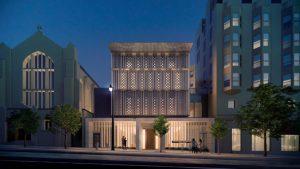