Cambodia has so far been spared from a major outbreak of COVID-19. With a population of some 16 million people, only 128 confirmed cases have been reported, and zero deaths. This places Cambodia among the success stories in mitigating the spread of the virus, which was first recorded there in early March. And as Cambodia enjoys freedom from immediate coronavirus concerns, the people are also enjoying Angkor Wat and other pieces of Buddhist heritage that had previously become overwhelmed by tourists.

Buddhists in Cambodia attribute their pandemic success to a number of sources. In central Kampong Speu Province, a 91-year-old Buddhist nun named Prum Rith claims that she has known about the virus for 20 years, referring to the current situation as a second Cold War. Alongside this, however, she urges visitors to her hilltop pagoda to wear masks and practice social distancing. She prays and believes that Cambodia’s Buddhist faith will help reduce the overall impact of the pandemic there.

Kheng Prum, who follows both Buddhism and the Hindu god Preah Prum (Brahma), believes that COVID-19 is a result of both individual and social karma. He notes that much of the world has lost touch with nature and the values that promote harmonious human life on Earth. Cambodia, however, has not followed this trend as far as other places and will see less impact.

Meanwhile, many Cambodians have enjoyed the quiet and opportunity to reclaim popular tourist sites such as Angkor Wat. While in 2019, more than 2.2 million tourists paid nearly US$100 million to visit the 12th century Buddhist complex spanning some 208 hectares, this year’s numbers are in the dozens per day, made up largely of foreign expats who remained after the global shutdowns brought a halt to nearly all international travel.

“I find it very interesting without the tourists, because we usually have a lot of people out there and when we go there it’s just like you are visitors, not the real people who own this country, but now it’s very good,” said Sreynath Sarum, a hospitality worker from Phnom Penh. (VOA News)

“From an economic point of view, it’s pretty tragic to see the absence of tourists. We know what that means for the economy and how badly businesses are hurting, like hotels, guesthouses, restaurants, cafes, bars, it’s like a ghost town, really,” said Lonely Planet author and filmmaker Nick Ray. “But from a Cambodian perspective, it’s like they’ve reclaimed the temples. It’s Cambodian ancestry, it’s Cambodian heritage, it’s on the flag, Angkor is the spiritual symbol of a nation, and they’ve really taken that to heart again.” (VOA News)

As of 15 June, all foreigners will be forced to pay a US$3,000 testing and quarantine fee upon arrival in the country. The plan was unveiled during a meeting on COVID-19 preventive measures hosted by the Ministry of Health, with the participation of foreign diplomats, representatives of the World Health Organization (WHO), and the Pasteur Institute in Cambodia.

Cambodia is a majority-Theravada Buddhist nation with 97.9 per cent of the country adhering to the religion, and until 1975, Buddhism was recognized as the state religion. However, like its neighbors in Southeast Asia, many Buddhists there also practice elements of other religions, including Hinduism and indigenous forms of animism. Also present in the country are Muslims and Christians, accounting for 1.1 per cent and 0.5 per cent of the population, respectively, according to the 2013 World Factbook. 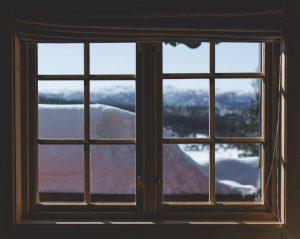