Tending the Buddha garden at the retreat house in Panania Green, Sydney. Photo by Jin Jin

The small van drove through the archway of the monastery where I had been ordained and spent four years of my life as a monk. Master Zheng Rong, the abbot, hugged me. For the first time I noted a tear in his eye and I resolved to be resolute. I cleared my throat and tried to assure my master that I would be back. Yet somehow I knew I wouldn’t, and that impermanence had blown an icy breeze across us both as we stood in the morning shadows of early winter.

The van approached, making its way past the statue of Kuan Yin and the fish pond. I had been a monk when the statue was lowered into its place in the middle of the pond. As I took one last glance back, the driver, Mr. Pan, looked across at me and asked if I had my passport. I took the travel document out of its folder and gazed at my visa, which had a few more days remaining before its expiry date. I guess I had always known that the use-by date would come as I tried to come to terms with the fact I had been unable to a visa to allow me to remain in China. As a foreigner and a monk it had not been easy to obtain the necessary visa to enable me to live at the temple. The use-by date always comes, and I was now on my way back to my homeland, Australia.

On arrival at Melbourne’s airport, I made my way to my daughter’s home. She had told me that by the time I arrived she would be working in her beauty salon. I will never forget the looks on the faces of the ladies as their facial masks almost dropped off in surprise at seeing a robed monk walk through the door, while my daughter gleefully shouted, “Dad! Welcome home!” I felt strangely out of place.

I had ordained at a modest rural temple and my master had been able to provide barely enough money to keep me for a week in Australia. It quickly became clear that I would have to find work. The transition from a small mountain temple in rural China to the suburbs of Melbourne was jarring. I had left my spiritual home and felt like a ship without a rudder, cut loose on an immense ocean. The morning and evening chanting ceremonies that had marked my days as a monk had become my navigational beacons in the empty spaces of my days. 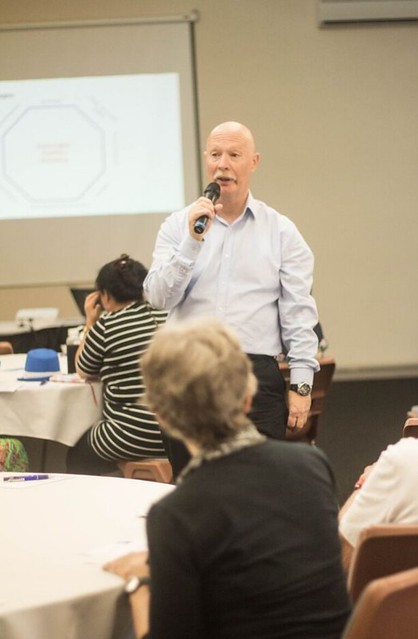 Many prospective employers I met were amused that I had spent the past four years as a Buddhist monk, but in spite of my professional background in mental health and psychology I had been out of “the system” for too long, it seemed. I eventually found work as a cleaner—after all, I had an expert background in cleaning the latrines of the temple!

I awoke one morning to find the feeling of the immense chasm between these two worlds was particularly acute. It was at that decisive moment that the words of the elderly Master Wu, a monk who lived at a small mountain hermitage at Tian Mu Shan, in China’s Zhejiang Province, came to mind: “Life is a gift. Search for the gift as you would search for diamonds. If you can find them, you have truly mastered life.”

Here was a chasm. The gift was the opportunity to build a bridge between these two worlds. Indeed, I had to ask myself: “Are they two worlds or two views of the same world?” As practitioners of the Dharma, it is easy for us to be distracted by the mind’s narrative or different interpretations of reality. It is easy to become disillusioned at the seeming divide between the spiritual life and secular existence in the hustle and bustle of the city. All of life is spiritual, but the ego likes to make its point, to take its stand and take up all the space in our lives.

Bridges are interesting constructions. They occupy space that seems to divide two other spaces, making access to both spaces easy. In the Pure Land practice, Amitabha Buddha is the bridge between our own fragmentation and wholeness, and the more we sincerely practice the more we realize that the Pure Land is not over there but right here. The grass is not greener on the other side; the grass is greener where you water it.

It was January and I had spent much time watering my daughter’s garden. One afternoon my grandson, playing hide-and-seek in the garden, called out: ”Where am I grandpa? Can you find me?” I called back: “You’re over there!” to which little Ethan replied: “No I’m not, I’m here!” An old Chan story flashed in my mind. A young lay person travelled many kilometres to visit the temple of a great Zen Master. He eventually arrived at the temple only to find that the road ended at a very wide and fast-flowing river. Seeing the master on the other side out on his morning walk, the young man called across: “Master, how do I get to the other side?” The Master looked up and down the river, then smiled and called back “You are on the other side!”

I called back to Ethan, my grandson: “You’re where you supposed to be!”

“How did you know that, grandpa?” he asked as his head popped up from behind a pile of wood. “And so are you!”

I stood motionless at his reply. And so I am. And so we all are. 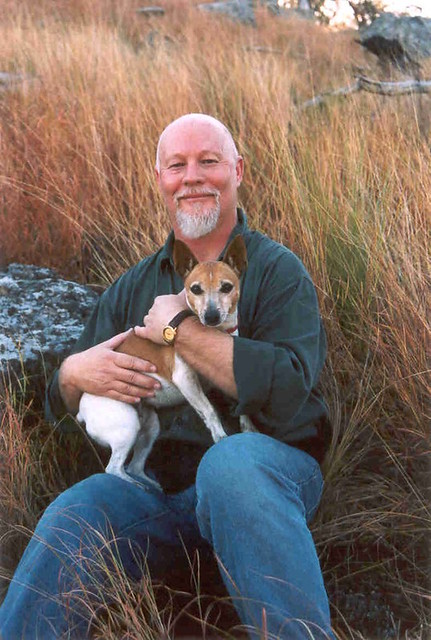 Mal and Belle. Image courtesy of the author

It was a December morning in 2013 when I departed the monastery. That was China. Australia is another space. The Dharma, however, is spaceless. As Shakyamuni Buddha told Queen Vaidehi in the Amitayurdhyana Sutra: “Amitabha is not far from you.”