In contrast to the common belief that religion in general is antagonistic toward women, Buddhism has in many ways been women’s ally in supporting their rights and honoring them by promoting the equality of all human beings. This might be quite a difficult narrative to sell for a number of reasons, yet by looking at the early history and fundamental philosophy of Buddhism, we’ll come to understand this to be true. From its start in the Indian subcontinent, Buddhism emerged as not only a new form of spirituality, as part of the sramana movement that challenged the established religions and their clerics, but also as a spiritual and social movement bringing more equality and eradicating customs that no longer serve the wellbeing of the general populace.

Whenever a person or a group of people try to change society for the better, there will always be resistance from those who find solace in the old system. Shakyamuni Buddha himself came across much opposition from the establishment, which felt he was threatening the status quo and could lead people astray. And then there were the clerics who were enjoying absolute reverence from the lay community and must have felt fear that their devotees could have a change of heart by following this new guru who did not share his glory with them. This came to down to a very primal human fact that no matter how much people try to be holy, they are often deeply motivated by the will to survive, caring so much about it that truth, compassion, and fairness can be easily sacrificed. 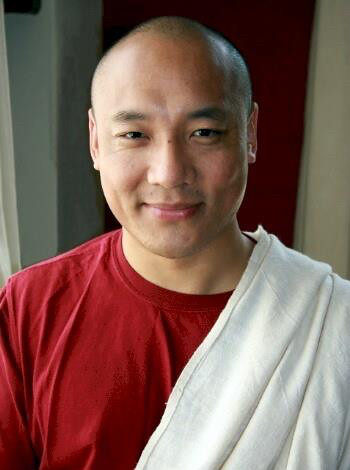 The Buddha was not only brilliant as a spiritual master, he was also astute in that he did not completely challenge social conventions while inciting a whole new movement that attracted thousands. In the beginning, he did not rush into ordaining women as monastics because that might have upset the army of patriarchal clerics of the old tradition, or men who wanted to keep the lower status of women to maintain a sense of order in the gender hierarchy. Yet the Buddha was intent on changing those old forms and inviting women to play an equal role in his sangha. He repeatedly declared that people from all backgrounds, regardless of gender or class, were equal in his community and could all achieve enlightenment.

His stepmother, Mahapajapati Gotami, was the first woman to be ordained as a nun. There is a whole story in the early scriptures about how this happened. When she initially requested to be ordained, the Buddha was quite careful about it and did not rush into starting such a new development. His attendant Ananda asked the Buddha whether or not women could become enlightened, and the Buddha replied that women could become enlightened. Finally, Gotami was ordained as a nun. From today’s point of view, this does not sound like a big deal, yet if we were living in India 2,500 years ago, we would see that what the Buddha did was quite radical and a big support for women’s rights and dignity. Often, we have a tendency to judge people in history through the lens of the time in which we live. This can be a misleading and biased way to understand the complex nature of past events. Although there is still so much room for improvement, the levels of freedom, liberty, and equality that we are experiencing today are not purely coincidental, but the cumulative effects of all the changes that have taken place throughout history.

Vajrayana or Tantric Buddhism in particular created a huge movement in the East to empower women by challenging negative religious and social attitudes. Indeed, one of the 14 vows of a tantric practitioner is not to denigrate women in general. Many tantric deities appear in female form to represent the highest wisdom, such as Samantabhadri,  Vajrayogini, Krodikali, and Singhamukha. There is not even the slightest hint of misogyny in the pure doctrine of the Vajrayana; it is one of the most advanced and timeless wisdom traditions humanity has created.

Religion and culture can influence and even overpower each other. It requires keen discernment to perceive the purity of a religion out of its cultural context. Many feel that there is gender inequity in Buddhism, especially in Asian societies that favor the male. Here we must understand that Buddhism is favors neither male nor female, it is an intrinsically egalitarian tradition that teaches that everyone is equal in our fundamental nature and endowed with universal innate divinity. Those unsettling issues are problems of culture rather than Buddhism. Buddhism is therefore not just a religion of the past, but it is the religion of future. One must also bear in mind that Asia is still undergoing a slow process of modernization. Asia had its industrial revolution in some parts of the continent much later than the West. The Industrial Revolution was the force that created the free world led by Europe and North America—we all owe great deal to the spinning jenny. Although some Asian countries have joined the ring of first world nations with the economic clout and privilege that brings, they may still be behind the West with regard to political and social issues.

There have been many extraordinary female masters in the Buddhist tradition, from the Buddha’s time to the present day. For example, some of most revered masters in the Tibetan Buddhist tradition are women. Two of the most well known are Yeshe Tsogyal and Machig Labdron. Yeshe Tsogyal lived in the eighth century, when the Buddhist teachings were becoming the dominant spiritual tradition in her country. She is not only a revered female master, but is also one of first Buddhist masters that ancient Tibet created. She has been dearly held in equal esteem with Milarepa, Longchenpa, and Tsongkapa, the founding fathers of Tibet’s Buddhist world. Machig Labdron made a great contribution to the Chod lineage and her teachings are still studied by all Buddhist traditions in Tibet.

Today, there are more female Dharma teachers emerging in both the East and the West. In North America, there are as many female Dharma teachers as their male counterparts. They are often well educated, humanistic, and forward thinking, and they are changing the landscape of their sanghas by focusing on developing awakened hearts instead of defending the edifices of old power structures. Buddhism in the West has a unique flavor influenced by its culture.

No one knows what the future holds; almost all trends come and go. Often, traditions have a hard to time surviving long in the Western world that is filed with individualists, trendsetters, and liberal thinkers. It would be nice to see the current trend continue, and it could continue as long as it fulfills the spiritual needs of people in today’s rapidly changing world.

Pascale Engelmajer: Mothering as a Radical Way of Viewing Buddhism
My Story: Walking the Path of a Female Monastic in Bhutan
A Conversation with Jetsunma Tenzin Palmo on the State of Buddhism in the US