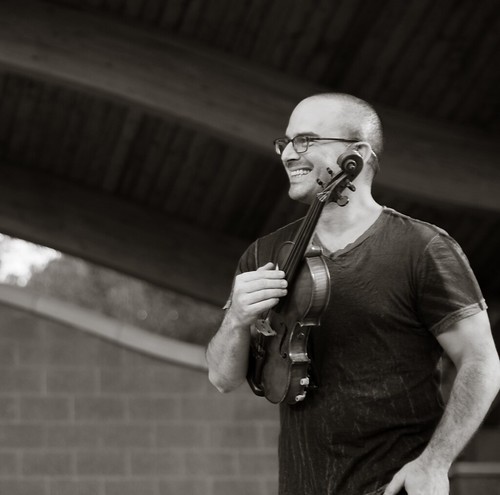 I was raised hearing and playing classical music, as well as Appalachian and Scots-Irish folk songs that were sung to me at bedtime by my dad. These were the same ones his father sung to him; songs of farming and war, love and longing. My father and mother met in Paris, France, as teens, and studied voice for opera and concert piano, respectively. I played trumpet from third grade onward. My sister studied piano, blues vocals, and flute, and my brothers played euphonium, drums, and guitar. There was always singing in our house, as well as a multitude of instruments being played. We didn’t have much money, but music mattered. I practiced my silver Bach trumpet alone in the attic, and by the time I was in high school I sat first chair in the orchestra. Playing and hearing music brought me a sense of freedom and, in retrospect, a much-needed break from the world of continuous discursive thought and interaction.

Music is its own unique language and has a way of connecting people across cultural experiences in a way spoken languages cannot. This September, I attended the TEDx Boulder talks. Of all the fine speakers, there was just one presenter who played music in addition to speaking. As a general listener and someone schooled in music, I was keenly impressed with the virtuosity, delivery, and passion in the spontaneous sound experience Adam DeGraff creates with his violin and a live looping machine. DeGraff delivers an impressive diversity of sounds. His playing flows effortlessly between classical violin, fiddle styles, and everything in between. Layering tracks with his pedal looping machine in front of a live audience means that each rendition is a fresh, spontaneous adventure for both performer and listener.

DeGraff has had multiple bands as well as having sat first chair violin for the Richmond Symphony Orchestra for six seasons. But as he relayed to me via our video interview, at a certain point the structure of the symphony felt like childhood shoes grown too tight. Once the ideal setting, he needed to forge a new path into the unknown. He is now soaring in a new direction with his Rock Violin Neat solo tour. This marks a bold fresh sound for him, and an opportunity to flourish as a composer and a multifaceted performer. In his own words, “My new solo show makes me so happy . . . the flexibility and dependability of working by myself, at least musically, has given me such wings of late. I just stop by my studio for five minutes, flip the on-switch, and jam to an idea I have in my head. I can do more with less. This brings me an incredible feeling of freedom!”* Early audience responses to DeGraff’s new work have been overwhelmingly positive, evident at shows at the Lee Street Listening Room in Lewisburg, West Virginia, and the TEDx Boulder venue in September. DeGraff is deeply attuned to his audiences, to the present moment, and to the music that unfolds. His delight in playing for people is palpable. 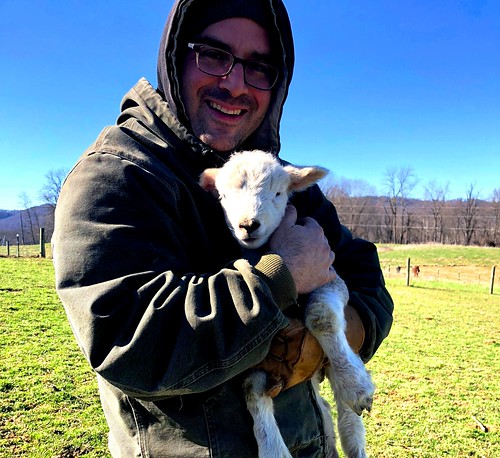 DeGraff’s playing ranges from gently lyrical to downright incendiary, sucking the marrow out of empty space in a vivid storm, provoking joy and longing, leaving the listener deeply satiated yet wanting more. His pieces stand strongly on their own, without the need for lyrics, as they tend to be based on a singular lyrical phrase or melody line. He then layers, with live tracks laid down via the looping pedals, adding plenty of grit and grind, and often harmonies, to the original phrase. DeGraff’s versatility with layering creates a veritable tapestry of violin soundscapes, with multiple rhythm and percussion layers, all made live in the moment using his instrument in every possible way. The streetwise live layered looping is a worthy partner to the pure timeless tones coming through his violin.

Where do the phrases or melodies that he works with originate? DeGraff is a permaculture farmer with a small homestead in West Virginia, and may hear a melody while he is scything grass, milking the animals, or building a barn wall. This immersion with the land, animals, plants, and seasons is fertile ground for his inspiration to arise. He describes the melodic phrases as simply coming to him, rather than being composed or created by him. In fact, sometimes they haunt or follow him relentlessly until he writes them down and begins working with them in his studio to discover the larger sound context. The symbiosis of working on a farm setting seems to parallel the kind of partnership DeGraff has developed between his violin and the live layering he creates as rich accompaniment. While sowing literal seeds in the gardens and greenhouses, seeds of songs come to him throughout his attunement with nature. Although other violinists are also performing with live looping, what sets DeGraff apart by a long measure is his mastery of the instrument, and his capacity and appetite for exploration. He pushes the boundaries of everything he has done previously, striving for innovation through his curiosity and adventurous spirit.

DeGraff’s pieces vary widely. The richly emotional Ace was born from a melodic phrase that pursued him during the period his wife was ill with Lyme disease.** He says this piece often moves listeners to tears, even without knowing the story behind it. Klezmerish is a deceptively winsome tune which, by the end, shows the full range of DeGraff’s consummate yet understated skill as a violinist. Kiss Me Quick comes from the seed of an old timey fiddle tune called Kiss Me Quick My Papa’s A-Comin’. He encases a kernel of the original melody line within layers of percussion, bass, and improvisation that build to an explosion of intensity, culminating in what is one of the highest notes a violin can clearly project.

DeGraff’s skill, commitment, and stage presence are givens. What surprises are the lush layering, deep emotion, and sometimes humor within this new and intriguing musical journeying. Both the unique compositions and sometimes his inner journey behind them are shared so openly. Even though one is right in the room, it feels like being a fly on the wall in his personal studio. With these rich layered sound experiences, the listener might feel as if they are meandering through the woods, yet are never lost. Rather, one feels the anticipation of what sounds might arise just around the bend. This new musical direction brings DeGraff a lot of joy. As he says, “It’s play. I like to play with people. It’s different every night. I add in a drum line or a bass line [with the violin]. I don’t have to play the same way every night, even with the same set list. When you create a line based on a thought, it sounds a certain way. When you create a line based on what you hear or what you feel, the notes might be identical but it will have the freedom and the sizzle of live improvisation. There’s no ego in that, because it is being faithful to the music itself arising, rather than making it happen.”***

DeGraff embodies the humility of a seasoned performer for whom accolades mean less than the fulfillment that comes from sharing joy and innovation with a rapt audience. His newfound sense of freedom carries over in a contagious way, inspiring other musicians. He also teaches violin to students and gives back to his local community in a myriad of ways, including featuring other local musicians at his Lee St. Listening Room venue. Because of his technical background as an experienced symphony player, DeGraff has the skill and confidence to roam fearlessly into new, experimental territory. This is proving to bring delight and satisfaction to his audiences and will surely continue to grow in 2019 for his solo tour, as he increasingly shares his creative musical exploration with listeners around the world. 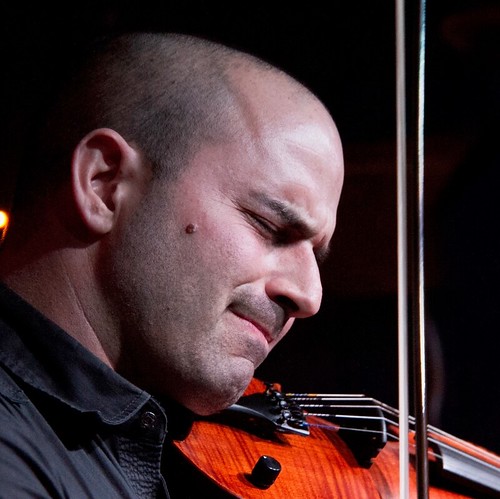 Modern-day Ghandarva – Hans Schumacher’s Journey Through Music
Safety and Vitality, Joy and Honor: Khalida Brohi and Jane Weintraub
The Growth of Wisdom and Compassion: An Interview with Drukmo Gyal Dakini
Harmonic Presence: Qualities of Silence, Listening, and Sound with David Hykes
The Sound of Awakening: Meeting the Mongolian Yogini Kunze Chimed
The Silent One: Leonard Cohen’s Pursuit of Spirituality