Gesshin Claire Greenwood is a Zen priest, academic, author, and world traveler. She has explored the Buddhist spiritual landscape common to many Western “seekers.” However, her journey was not the superficial dabbling often seen today, but rather a full dive into the waters of Zen monastic life, including five years in Japan training in monasteries, studying, and teaching. She ordained in the Soto Zen tradition with Seido Suzuki Roshi in 2010, gaining Dharma transmission from him, and in 2017 completed certification to teach. Along the way she also spent three years in the all-female monastery of Shundo Aoyama Roshi, where she became head monk in 2013.

Today, Greenwood is back in the United States, teaching the Dharma for the Blue Cliff Sangha and completing her master’s degree in East Asian Studies at the University of Southern California.

She is the author of the recently published book Bow First, Ask Questions Later: Ordination, Love and Monastic Zen in Japan (Wisdom Publications 2018). This month, I talked with Gesshin about her life, book, and the future of Zen in America.

Buddhistdoor Global: This incredibly unique life you’ve led jumps out from the pages of your book. I can imagine life here in the United States being rather boring by comparison. How do you find yourself adjusting to graduate school, getting married, and so on?

Gesshin Claire Greenwood: A lot has changed in my life since I started writing the book at age 26. I am not living a monastic life anymore, and at times I do give myself grief about this. Am I just a big hypocrite who took the easy way out? But I think the book stands alone regardless of how I am living my life today.

It’s a story after all—my editor and I spent a lot of time trying to figure out how to give it a character arc and a satisfying ending. Although nothing is invented, much is left out and certain parts are highlighted in order to create a compelling narrative. At the end of the day, it’s a book about human struggle, triumph, growth, and questioning, and this story of a young nun becoming an adult will remain forceful long after I have grown out my hair and regardless of my marital status.

As to my feelings about graduate school, that’s probably best discussed over a large glass of bourbon. 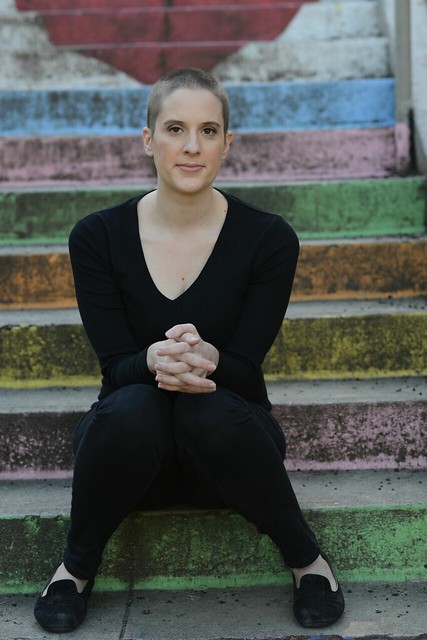 BDG: You wrote eloquently about the tension between contemporary capitalism and Buddhist life. How do you see money issues shaping Buddhism in America?

GCG: Buddhism and money have always coexisted, and Buddhism has always needed money to survive and thrive. What is new in 21st-century Buddhism is capitalism—how we view ourselves and our work, what we believe has value, and how we relate to labor and time. It’s interesting; a few months ago a Buddhist magazine contacted me asking if I would respond to a reader’s question. The reader had asked about self-criticism; she admitted to thinking obsessively about work, and always believing that she had done a bad job even when she hadn’t.

Usually when I answer these kinds of questions from meditation students I try to respond from a traditional Buddhist perspective. But because this reader’s problems seemed centered around her relationship with her work, I felt I could not respond thoroughly without discussing capitalism. I wrote a response that combined suggestions of how to deal with anxiety and stress with a more pointed critique of capitalism and how capitalism teaches us to value ourselves based on what we produce. I suggested that art and activism might be useful ways to confront helplessness in the face of being dehumanized by capitalism.

To my surprise, the Buddhist magazine rejected my article. I assume it was because I took too radical a stance on capitalism. Within Buddhist communities, discussing politics or explaining mental states in terms of wider societal problems is still taboo, and the people who are in charge of these institutions (whether it is the press, Buddhist magazines, or monastic institutions) are usually white Gen-Xers or Baby Boomers who are uncomfortable “tainting” the purity of Buddhism with anything perceived to be political. They want to view the mind and mental distress as something that is distinct, cut off from wider society.

BDG: Yes, seeing Buddhism as essentially private and otherworldly. Why do you think this is?

GCG: I think this has to do with the over-emphasis on meditation in Western Buddhism. Buddhist practice in the West has become an internal, individual endeavor; the onus is on the individual meditator to overcome negative mental states through sheer willpower. But of course that’s not how the mind works—psychologists have identified the importance of good “person-environment fit,” for example.

Buddhists often want to experience Big Mind—the universal, timeless, transcendental mind—but you can’t actually leap frog over the small mind to get to Big Mind. And, unfortunately, the small mind is conditioned by a racist, sexist, capitalist culture. So Buddhism needs to look capitalism and societal conditioning squarely in the face, and it has not adequately done this.

The other issue is that, historically, Buddhism has thrived when it figures out how to make compelling products to sell to people, for example magical amulets or sutras that people dissolved in water to cure their sickness in early modern Japan. This is something I want to examine a lot more closely—as Buddhist teachers, we need to offer “this world benefits” to people, but at what point does that become exploitative? At what point is it about continuing the business of Buddhism rather than achieving liberation for all beings? I sometimes wonder if the longevity of the tradition is at odds with what is actually beneficial for practitioners.

BDG: Can you say more about this, perhaps in the context of feminism, another of your areas of interest?

GCG: There is a similar problem in popular feminism. From Ivanka Trump to Sheryl Sandburg, we are being told that the pinnacle of feminism is the ability to make money. As a Buddhist nun who begged for money, this was very hard for me to reconcile. Now, as a graduate student, my research has focused on medieval Soto Zen nuns, and part of what I have been looking at is how in the West feminism is primarily concerned with individual agency. Yet for religious women—and in particular, religious women in non-Western cultures—I think it’s more useful to speak about what Saba Mahmood calls “ethical agency,” or the ability to do wholesome actions with our bodies. Those of us who are invested in the intellectual or historical development of Buddhism need to consider how our Western psychological framework is influencing the choices that are made in practice spaces—how individual agency and thriving within capitalism is being privileged over other ways of being.

And of course, talking about resisting capitalism is all fairly easy on a purely intellectual level. But, as I’ve mentioned, social conditioning is often stronger than the ultimate truth—whether that ultimate truth is that all things are impermanent, or that capitalism is horrible and dehumanizing. At the end of the day we want to feel that we belong, and a big part of how you belong in America is through work and career. So there are no easy answers or solutions to this. BDG: Your book sparked interest for me in the topic of Buddhism’s move to the West. Based on your experience, where do you think Buddhism, or Zen in particular, is going in the West?

GCG: To be honest, I don’t pay as much attention to Zen form as I used to. These days I feel like if I can sit down and concentrate on something and be kind to my coworkers and students throughout the day, then it’s been a good day; I’ve paid my Buddhist due diligence.

“Zen” and Zen practice can be huge hindrances to actually being a decent person—whether you’re American or not. In Japan they would say, “The miso that smells like miso is not good miso.” This means that you shouldn’t ever be too obvious (or smelly) in what you’re doing; if you’re a Zen monk or practitioner you shouldn’t bow obsequiously, or talk in riddles. So Zen is actually unnecessary. Simultaneously, the only reason I came to understand that is through my Zen practice.

A similar thing is true on a broader, cultural level: the form we’ve inherited from Japan is steeped in East Asian history and values and it’s almost inevitable that this will get adapted and changed as it integrates into American culture. As someone who spent several years studying East Asian Buddhist history, though, I suspect that these changes will not come through individual opinion or effort, but rather through larger forces and contingencies such as the economy, wars, and cultural shifts.

In other words, I don’t think we can know what Buddhism will look in 50 years, although there are some clues that sociologists now are paying attention to: the psychologization of Buddhism, the rise of mindfulness and other secular practices, the movement to authorize and center more people of color in Buddhist communities, the tension between those who grew up practicing a form of Asian Buddhism in their home and those who came to it at a later age, and so on. These are all unique issues to American Buddhism that will continue to develop and shape Buddhism in the West.

BDG: So much for Zen! I know you’re finishing up graduate school now, which means that the next couple years could be up in the air, but where do you see yourself in 10 years?

GCG: In an undisclosed location in Canada, with many dogs and books—and maybe a child, but more realistically, lots of dogs—and my awesome husband by my side.

“Hyphenated-American”
One Face of Liberation: Buddhist Feminism in Japan
The Fiction of the Self: Ruth Ozeki