In this two-part interview with Douglas Gildow, a dissertation fellow of The Robert H. N. Ho Family Foundation Program in Buddhist Studies, we take a look at how the institution of the seminary shaped the relationship between Buddhism and the state in China. In this first part, we set the scene for the origins of the Buddhist seminary and the broader context of its evolution.

The most influential Chinese Buddhist leader of the 20th century, Zhao Puchu (1907–2000), said at a symposium in Shanghai on 7 January 1992: “At present and for a significant period of time afterward, the most important and urgent Buddhist work is, first of all, to cultivate talent, second, to cultivate talent, and third, also to cultivate talent.”* He believed that it was in the seminary (佛學院; foxueyuan) that all this talent would be cultivated and refined. This institution, in which both monks and the laity could learn from a systemized curriculum and foundational doctrinal training while at the same time developing social and political networks, developed during the late Qing period (1644–1911) and would become as significant to Chinese Buddhism as the Empress Dowager Cixi’s (1835–1908) New Policies were to modern China. In some ways, the story of Buddhist seminaries mirrors the story of China’s rise in the modern world. 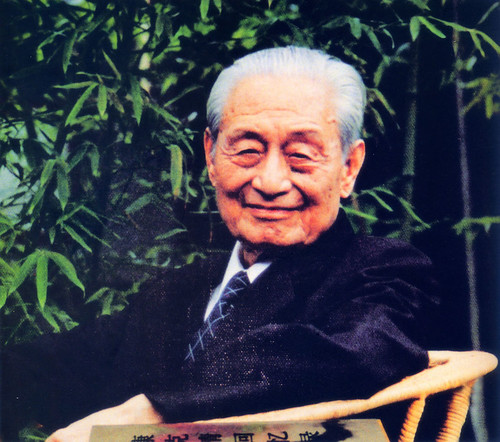 As one of the Robert H. N. Ho Family Foundation dissertation fellows from 2014–15, Princeton scholar Douglas Gildow has been occupied for the past few years with the relationship between the modern Chinese state and the Buddhist seminary, which he feels provides important insights into the relationship between the Chinese government and the Buddhist religion in China. “First, let me roughly describe what I take to be a typical ‘Buddhist seminary’: a school, located in or next to a monastery, whose students are mainly or exclusively monastics and whose curriculum usually focuses on the study of Buddhism. Virtually all students, be they lay or monastic, live in the seminary’s dormitories or in the monastery. Furthermore, there is often a distinction made between the monastic students (學僧; xueseng) [who may come from different monasteries] and the monastics formally affiliated with the monastery [hosting the seminary] (常住; changzhu).

“Today the most common term for seminaries in Chinese is foxueyuan (or ‘Buddhist academy’), a term that grew popular after 1922, but not all seminaries use the word foxueyuan in their official names,” says Douglas. “Chinese Buddhists founded seminaries because of both the push of external conditions and the pull of leaders who thought seminaries could revive Buddhism’s fortunes.” These fortunes, which were seen to be declining, were tied to those of China itself, which after the 1840s found itself among many other players in a predatory international competition, with imperialism being exported not only through technology and commerce, but also through political and religious ideologies like Christianity. Due to the First and Second Opium Wars, the Taiping Rebellion, and a string of sovereignty-compromising treaties, the Qing entered this global competition severely hamstrung. However, even in the face of the greatest disasters, such as the First Sino-Japanese War, there were lessons that could be learned.

“Throughout the 19th century, political elites debated if and how they should modernize the country through selective Westernization. The Qing’s military defeat in 1895 by Japan, a country which had actively modernized, boosted the urgency for reform. By the early twentieth century, proposals to establish modern, Western-style schools were gaining traction among elites,” notes Douglas. “Traditional Chinese institutions such as Confucian academies and the related civil service examination were under tremendous pressure to modernize or be eliminated.”

What concerned the pro-Buddhist Chinese elite and intelligentsia was that their religion was being criticized, along with Confucianism, as being a source of weakness for China, a remnant of the old feudal ways that needed to go. This unprecedented ideological threat stimulated, along with the very real problem of the state seizing monastic property (a constant drama throughout Chinese history), the founding of the first seminaries, which could crucially be registered as non-monastic property. 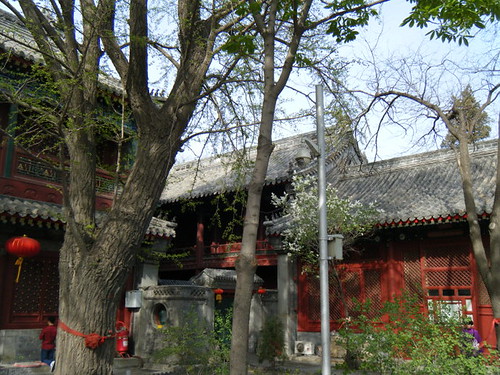 “As early as 1898, and at various times over the next three decades, the idea to expropriate monastery properties and convert them into schools was proposed and sometimes implemented as state policy,” says Douglas. “It was in 1904, under the advice and leadership of two Japanese clerics, that a monastery in Hunan Province established the first modern school in a monastery, the Hunan Monastic Study Hall. The motive for establishing the school was to protect monastic property—if monasteries already sponsored schools, there would be less incentive for the state to expropriate monasteries to convert them into schools. The following year, the pro-Buddhist intellectual Zhang Taiyan [1868–1936] wrote that monastics should recognize the trends of the times and hasten to establish schools. Other seminaries were founded because Buddhist leaders thought that monastics were ignorant of Buddhist teachings and traditional methods of monastic education such as sermons and apprenticeships were insufficient.”

Despite its far-reaching and impressive New Policies, China’s last empire collapsed in 1911. In an attempt to reflect the polity’s new republican configurations, Master Taixu (1890–1947), one of the earliest reformers of Chinese Buddhism, founded or managed five seminaries, beginning with the Wuchang Buddhist Seminary in 1922. His faith in seminaries was possibly influenced by his vision of a modernist Buddhism and enthusiasm for reorganizing the sangha into a more efficient body.

“He was well known for his efforts to incorporate elements from secular schools or from Buddhist schools in Japan into seminaries, including the use of blackboards and textbooks. Many of his former students became Buddhist leaders in the PRC or in Taiwan after 1949, and in post-Maoist China Taixu’s writings guide many seminary leaders,” says Douglas. “By the end of the Republican era (1912–49), roughly one hundred seminaries had been founded since 1904, although most had very short existences. But within a few years of the Communist victory in 1949 until 1956, no seminaries in the People’s Republic of China [PRC] were in operation.”

If the PRC was to become the political expression of a sovereign and powerful China from 1949 until today, Zhao Puchu was the expression of a new “lay Buddhist professional” who embodied reform and innovation as well as loyalty to Buddhism. Another was Yang Renshan (1837–1911), who was influential in taking Buddhism to the modern printing presses as well as going to Japan to bring back the pristine Pure Land teachings of Master Shandao, which had disappeared in China after Emperor Wuzong’s large-scale persecutions in the Tang dynasty (618–907). From 1950 onwards, Zhao vindicated Master Taixu by pointing out that Buddhism had to become humanistic and connected to secular life. 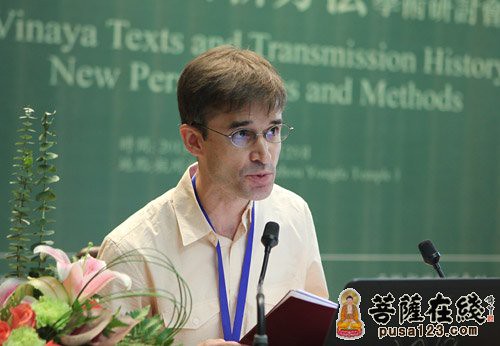 “From 1956 to 1966 Zhao was a vice rector of the Chinese Buddhist Seminary, China’s top seminary in Beijing, and from 1980 until his death in 2000 he was the seminary’s rector (院長; yuanzhang), the top administrator,” says Douglas. “His efforts enabled Buddhism to survive in China during the Cultural Revolution [1966–76], and in the post-Mao era, he pushed to allow more seminaries to be founded and announced policies to organize seminaries into national, provincial, and local levels, corresponding to high, middling, and elementary rankings, respectively.”

Today, Douglas observes, some seminaries prominently display Zhao’s 1992 motto about talent on their grounds. Zhao’s proclamation reflected his belief that seminaries could succeed at training monastics to meet Buddhism’s contemporary needs. How they are faring in the China of the 21st century will be our focus for Part Two.