When I first began reading about Buddhist female figures, even before my formal conversion, I was struck by the literary, thematic, and soteriological differences between two incredibly powerful women in Buddhist lore: Mahaprajapati, the Buddha’s stepmother and maternal aunt, and Vasumitra, an enlightened courtesan who serves to guide the devotee Sudhana on a mystic journey in the Gandavyuha Sutra. One woman is unfailingly dogged in her fight to have the Buddha, her nephew, recognize her as worthy to be ordained as a monastic. The other is unapologetic in the use of her physical body as a skillful means (upaya) to enlightenment.

Mahaprajapati, the wife of King Suddhodhana, represents a very well-trodden trope of the worldly, secular (and often privileged) person renouncing all their material concerns to pursue the spiritual path single-mindedly. Vasumitra embodies, perhaps in exaggerated terms, the immanence of enlightenment in this world, and its revelation through even the touch of an elegant, lordly prostitute.

This is a theme found in various Mahayana texts, one that becomes especially prominent in the Gandavyuha Sutra through the gossip circulating in Vasumitra’s town, where less-informed folk warn Sudhana to avoid Vasumitra like a common seductress, missing the fact that it is touching her, perhaps even congress with her, that leads to insight. A less literal exegesis might propose that Vasumitra not only represents the compatibility of the lay lifestyle with liberation, but also the latent Vajrayana ideal that sexual activity becomes a tool to Nirvana.

These two women exemplify different kinds of female “being” in Buddhist lore, and unfortunately throughout Buddhist history some influential voices might have emphasized one mode at the expense of the other. Just as I’ve suggested previously, renewed thinking on the role of a lay practitioner or householder is critical for Buddhism today. In addition, our contemporary spiritual landscape needs to urgently abandon stereotypes of female roles, and explore creative (but scripturally consistent) models through which women can engage with, and consequently, transform our Buddhist communities for the better.

Mahaprajapati took the Buddha’s vision of monastic life very seriously. She famously begged her nephew to allow her and her handmaidens to be ordained as bhikkhunis, founding the nuns’ order and attaining arahatship. She wasn’t afraid to backchannel after being refused several times by the Buddha, asking the ladies’ monk, Ananda, to appeal on her behalf. She is nothing less than the founder of the female monastic sangha. The ordination of women is at the heart of several regional disputes related to gender, with the debate being most intense in the West, Southeast Asia, and the Himalayas.

As important as progress on this front is, women also need lay representations of teaching authority that are gleaned from the scriptures. Vasumitra is an unusual figure in this regard because she is in an expressly worldly profession—even a socially taboo one—yet it is because of this role that she is elevated to a position of a teacher. Vasumitra appears in stark contrast to loving queen-turned-reflective nun. Unapologetically lay, Vasumitra is a cryptic figure in the Avatamsaka Sutra, where she is one of the fifty-two masters that Sudhana encounters on his pilgrim’s journey. She wouldn’t be among Sudhana’s teachers were she simply a female monastic that had renounced the world. In the only full-length English translation of the Avatamsaka Sutra, Vasumitra says to Sudhana, “All who come to me with minds full of passion, I teach them so that they become free of passion.” (Cleary 1993, p. 1272)

The dichotomy between Mahaprajapati and Vasumitra is striking. One yearns passionately for the monastic life. The other desires ardently to liberate other beings through the warmth of human touch. The latter is, if not a subversion of the monastic trope, at least a dim reflection of a social awareness of women already possessing the potential to do spiritual work. Whether or not they are married, or decide to denounce marriage for a monastic life, they are successfully claiming authority to teach and transmit Dharma teachings. Vasumitra herself doesn’t receive her insight through union with a man, instead, she transmits insight to them. The innateness of bodhicitta, the enlightened nature, is clear in any reading of Vasumitra.

Many laywomen today are making progress as leaders and pioneers of the Buddhist tradition in ways quite different to Mahaprajapati and her monastic heirs. There are lay meditation teachers like Susan Piver, Buddhists engaged in activities like yoga therapy for cancer patients like my friend Johanne Lauktien, and many, many more women helping in administrative positions at monasteries or Buddhist charities.

This is not to take away from the importance of monastic women. Western-born women, who courageously move into the monastic life, often find themselves low on funding, moral support, and institutional respect. There is an assumption that because they come from relatively more economically developed backgrounds (even though they have left such backgrounds behind), they don’t need as much financial support. Is it any wonder that so few women ordain or feel that Buddhist leadership is too emotionally draining and discouraging?

The character of Vasumitra presents an alternative lay model of female embodied guidance and leadership (even if somewhat exaggerated) and represents a school of thought in the Avatamsaka tradition that if all is interconnected, then the embodied, no matter how illusory, is somehow related to transcendent insight. Vasumitra’s lore reminds us of the power of women’s presence as sexual embodied beings in the world of Buddhism. The Mahayana tradition is equally able to accept the illusion of gender and sexuality while acknowledging Vasumitra’s “embodied-ness.”

The role of women in Buddhism is multifaceted. It is becoming ever clearer that women need more options that can be taken as serious alternative models of leadership, not just campaigning exclusively for a single one. The rise of the laywoman practitioner (esp. in the West but also in the rest of the world) means that monastics do not have a monopoly on spiritual insight. The virtuous Mahaprajapati has taught us many things, but it’s also time to study the Dharma from the powerful, beautiful, and yes, seductive, courtesan Vasumitra.

This year, Buddhistdoor Global has attributed its special issue to the women of Buddhism—of all traditions, of all ethnicities, and all ages, lay and monastic. Titled “Voices of Buddhist Women,” this years special issue aims to represent their story. It is about their journey, their struggle, and their insights, told in their own voices. Stay tuned for the launch of the first articles in the coming week. 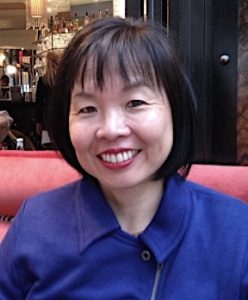