Home » Features » Art, History, and Archaeology » For the Next Generation: A Conversation with Mongolian Civic Leader…

For the past few decades, Oyungerel Tsedevdamba has been prominent as a civic leader and household name in Mongolia. Her interest in human development and the arts is expansive: she spent 18 years in public service, serving as former minister of culture, tourism and sports and as an member of parliament and an advisor to the prime minister. She served as president of the Democratic Women’s Union of Mongolia and as a staff and later non-staff advisor to Mongolian president Elbegdorj Tsakhia (2009–17). She is a human rights advocate and co-founder and president of Local Solutions, an NGO. Through Local Solutions, Tsedevdamba launched an ongoing campaign called “Let’s Change Our Toilets” to remove the stigma around toilets and sanitary hygiene, educating people across Mongolia in the importance of good toilets in the home—especially in traditional off-grid communities—since 2017. She is also the author of The Green-Eyed Lama, a biography of her grand-uncle, a Buddhist practitioner during the Stalinist 1930s.

Buddhistdoor Global recently caught up with Tsedevdamba to discuss her recent work and her vibrant career of public service.

Buddhistdoor Global: Looking back over your career, were there any crucial events or milestones that drove your personal passion about development and the arts—such as writing and preserving heritage?

Oyungerel Tsedevdamba: Yes, definitely. There were critical events that ignited my passion for human rights and then arts. The first was the 1990 peaceful democratic revolution of Mongolia. I was 24 then. My career was just beginning in a modest company in Huvsgul Province. I liked to read secret leaflets and brochures of the Democratic Union then. And one of the secret brochures that deeply touched me was called “The Universal Declaration of Human Rights adopted by the UN.” Reading that paper sparked in me a passion to spread the idea of human rights to everybody. Later, on 10 September 1996, when the Mongolian parliament passed a law and expressed a state apology to the victims of political repression of the 1930s, the secret stories of the victims intrigued me so much that I started doing research on my ancestors. That was when I found the stories and records that would lead to The Green-Eyed Lama.

Curiously, at each of these milestones in my decision-making, I happened to be with my grandmother Densmaa, a devout Buddhist believer who practiced her praying in secret even during the Communist years. She was amazed at the idea of freedom and human rights when I shared political news with her in 1990s. Her character is one of the main protagonists in my novel, The Green-Eyed Lama. I changed her name into Sendmaa in the book.

BDG: We were able to meet in person in 2019, shortly before the pandemic restricted travel and other activities. In your view, how has COVID-19 affected Mongolian society?

OT: It [the pandemic] is deeply affecting our society. It’s causing a decline in our economy. Thousands of people are losing their income. Children are suffering from the lack of classes and decent education. Fortunately, the death rate has been extremely low in Mongolia. Only two deaths have been recorded out of 3,076 positive cases so far.

BDG: One of your most famous campaigns was helping to stop smugglers from illegally sneaking dinosaur fossils out of Mongolia. Is it possible that there are artifacts of Mongolian culture (from any period of history) or Buddhist relics in danger of being smuggled out of the country as well?

OT: The repatriation of Mongolia’s paleontological heritage was one of my focuses before and during my service as Mongolia’s minister for culture, sports, and tourism. I am also happy with the result of our team efforts. There are concerns about the danger of smuggling Buddhist relics out of the country, but so far there has been no official government claim to cultural artifacts. Nevertheless, following our successful repatriation of many pieces of paleontological heritage, the Mongolian government received from Hungary a returned-by-the-possessor Buddhist treasure, Amitayus (Аюуш бурхан in Mongolian)—a 19.5-centimeter bronze statue of the great Gelug leader Zanabazar—in February 2015. The procedures established by our ministry’s team during the repatriation of Tyrannosaur fossils was very helpful in facilitating not only this Buddhist treasure’s return, but also many other cultural artifacts to Mongolia.

BDG: You have also been involved in an anti-trafficking campaign about dinosaur bones for young people.

OT: I wasn’t directly involved in youth education about dinosaurs, but I invited paleontologists to write child-friendly explanations for the museums that displayed dinosaurs. I also invited artists and paleontologists to create art using scientific data. Drexel University’s Academy of Natural Science sent us artist-paleontologists to teach Mongolian artists how to make sculptures and artworks of paleontology. In addition to these efforts, Dr. Bolortsetseg Minjin has been conducting paleontological education for children in the Gobi for the past 10 years.

BDG: In a sense, your books—The Green-Eyed Lama has been translated into multiple languages—are already a form of cultural education. Will you consider writing more sequels with themes related to The Green-Eyed Lama?

OT: Shadow of the Red Star was a working title for The Green Eyed Lama. The sequel, Sixty White Sheep, was published in Mongolian in 2017 and also became an immediate bestseller. These two novels educate Mongolian youth on our history that was not taught in school. But these historical lessons are very important for Mongolians and maybe for the world. The Green Eyed Lama calls to account government intolerance against religion and religious communities, and how people suffered from political and religious repression. The second book, Sixty White Sheep, describes how political interests of the time deliberately and methodically rewrote Mongolian history and intentionally expunged important documents from the archives. Based mostly on oral histories, I restored long-censored parts of our history that happened after World War II.

The period is called “The First Five Year Plan,” or the launch of a Communist planning economy. The government plan for taxation of nomadic herders was unimaginably harsh. The novel chronicles the terrible conditions of the Communist-induced impoverishment of Mongolia’s herder families. Still, as with the first novel, we managed to include an engaging love story. I always feel happy when young readers tell me that our two novels were not only riveting, but also tremendously educational. To directly answer your question, yes, we aim to write a quartet of novels that will take our heroes up to Mongolia’s 1989–90 democratic revolution, in which I played a modest role.

BDG: Can you give us an update on your most recent progress with the toilet project, and what you’ve learned personally in engaging with this still-taboo subject?

OT: This is my favorite subject to talk about. Our team’s most recent success is the launch of a new product—an off-grid energy-saving house with a dry toilet. We named our house a “semi-passive house.” It has all the elements of a passive house, but it has a full-combustion stove to protect a family from the drastic winter coldness that we experience here in Mongolia. This is also an affordable house, which can be built with the involvement of multiple local micro-businesses but with engineering supervision. Our project developed an online platform to help small businesses and engineers collaborate on such projects. This online platform, Task, was recently launched. So, as of now, we have not only successfully broken the social taboo of even saying the word jorlon (toilet), but also have developed more than 30 products surrounding the main topic of “toilet.”

This year’s goal is to develop two more products: an off-grid affordable passive office-cum-business center with a public dry toilet solution, and a public toilet for roadside stops that require the least maintenance. Our aim is to help those living in off-grid areas of Ulaanbaatar and other Mongolian towns and cities to see the advantages of a non-polluting toilet and provide them with safe and affordable alternatives. One can read more about our project from our website. 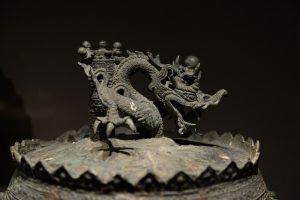