His Holiness the 14th Dalai Lama. From dalailama.com

China’s government has publicly condemned the United States for interfering in its internal affairs after the US Congress on Monday passed a bill which, among other points related to human rights and religious freedom in Chinese-governed Tibet, reaffirms the rights of the Tibetan people with regard to their Buddhist traditions and practices, including the selection of a successor to the spiritual leadership of His Holiness the Dalai Lama.

The Tibetan Policy and Support Act (TPSA) comes as the relationship between Beijing and Washington, DC, has deteriorated markedly over a range of issues, including human rights, trade and investment imbalances, territorial disputes in the South China Sea, political stances on Hong Kong and Taiwan, and the COVID-19 pandemic.

“It is the policy of the United States that (1) decisions regarding the selection, education, and veneration of Tibetan Buddhist religious leaders are exclusively spiritual matters that should be made by the appropriate religious authorities within the Tibetan Buddhist tradition and in the context of the will of practitioners of Tibetan Buddhism,” the TPSA reads in part. “(2) the wishes of the 14th Dalai Lama, including any written instructions, should play a determinative role in the selection, education, and veneration of a future 15th Dalai Lama; and (3) interference by the Government of the People’s Republic of China or any other government in the process of recognizing a successor or reincarnation of the 14th Dalai Lama and any future Dalai Lamas would represent a clear violation of the fundamental religious freedoms of Tibetan Buddhists and the Tibetan people.” (CONGRESS.GOV)

China responded angrily to the new legislation, stating that it “resolutely oppose the US Congress adoption of bills containing such ill contents on China.” (Ministry of Foreign Affairs, the People's Republic of China)

“Issues related to Tibet, Taiwan, and Hong Kong concern China’s sovereignty and territorial integrity. They are China’s internal affairs that allow no foreign interference,” foreign ministry spokesperson Wang Wenbin said during a regular briefing on Tuesday. “The Chinese government is determined in safeguarding national sovereignty, security, and development interests. We urge the United States to stop meddling in our domestic affairs under those pretexts, refrain from signing the bills or implementing the negative contents and items in them that target China and undercut China's interests, so as to avoid further damaging overall China-US cooperation and bilateral relations.” (Ministry of Foreign Affairs, the People's Republic of China) The Potala Palace in the Tibetan capital Lhasa. Photo by Craig Lewis

Like the international Tibetan diaspora, many of the roughly 6.3 million Tibetans living in China continue to honor the Dalai Lama, although Beijing has prohibited displays of his image and public demonstrations of devotion, maintaining that the Nobel Peace Prize laureate is a divisive element who encourages violence and separatist activity in ethnically Tibetan regions. However, His Holiness has repeatedly stated that he only wishes to see autonomy for Tibet while it remains under Chinese rule.

The issue of who will succeed the Dalai Lama, who turned 85 on 6 July,* has gained increasing weight as a point of political dispute in recent years in light of His Holiness’ age and reported health issues. As the head of the Gelug school of Vajrayana Buddhism and the principal international figurehead for Tibetan Buddhism, the spiritual leadership of the Dalai Lama continues to wield significant influence among ethnic Tibetans within China and overseas. The next Dalai Lama would be the 15th incarnation over an unbroken lineage that has lasted some 500 years.

Beijing has repeatedly stated its position that recognition of the Dalai Lama’s reincarnation can only be approved by the Communist Party of China and must be subject to Chinese laws and regulations. In 2007, the State Administration for Religious Affairs decreed that all Buddhist reincarnations born within China must obtain the approval of the government to be regarded as valid. Reincarnation applications must be approved by four different governmental bodies—the religious affairs department of the provincial government, the provincial government itself, the State Administration for Religious Affairs, and the State Council. 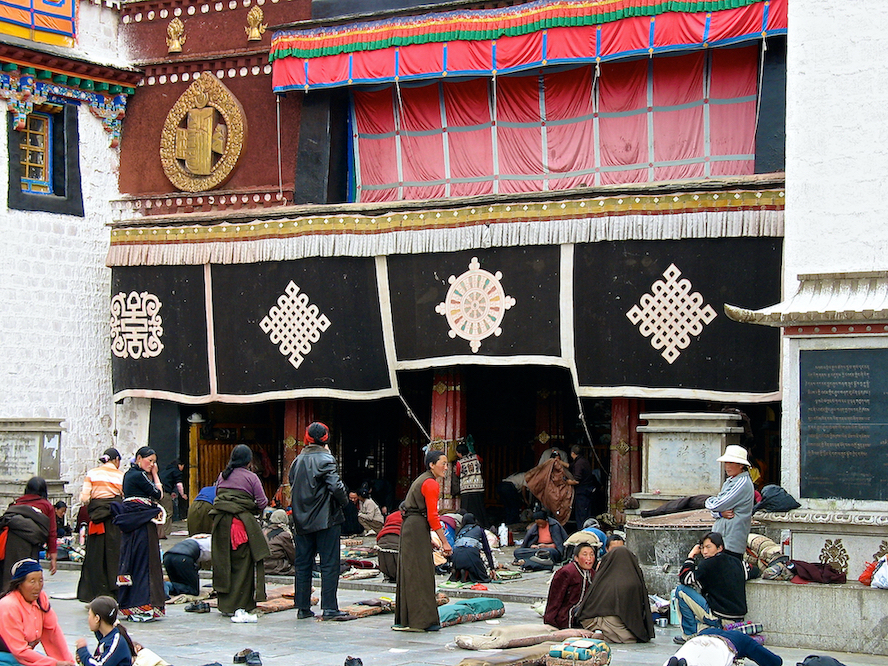 The new US bill also calls for the establishment of a US consulate in the Tibetan capital Lhasa and the preservation of Tibet’s environment, proposing a “regional framework on water security” in dialogue with China to monitor and sustain the region’s environment and natural resources.

“The People’s Republic of China has approximately 20 per cent of the world’s population but only around 7 per cent of the world’s water supply, while many countries in South and Southeast Asia rely on the rivers flowing from the Himalayas of the Tibetan Plateau,” the TPSA states. “The People’s Republic of China has already completed water transfer programs diverting billions of cubic meters of water yearly and has plans to divert more waters from the Tibetan Plateau in China.” (CONGRESS.GOV)

The bill, which was passed as an amendment to the US government’s US$1.4 trillion spending bill for the coming fiscal year, and includes a US$900 billion pandemic relief package, will now go to the White House to be signed into law. The bill authorizes a number of funding appropriations for Tibet and related issues for 2021–25, including scholarship and exchange programs, humanitarian assistance, medical and vocational training, and cultural preservation and language development. The TPSA also proposes a dialogue between Beijing and the Dalai Lama. The Dalai Lama has on various occasion commented on the eventuality of his next incarnation, suggesting that the next Dalai Lama may for the first time be born outside of Tibet, possibly incarnated as a woman, and even that the 500-year-old lineage could end with him.

In a public statement in 2011, the Dalai Lama said, “Reincarnation is a phenomenon which should take place either through the voluntary choice of the concerned person or at least on the strength of his or her karma, merit, and prayers. Therefore, the person who reincarnates has sole legitimate authority over where and how he or she takes rebirth and how that reincarnation is to be recognized. It is a reality that no one else can force the person concerned, or manipulate him or her.” (His Holiness the 14th Dalai Lama of Tibet)

During a meeting with students in Dharamsala in October last year, the octogenarian spiritual leader repeated his suggestion that the long-standing institution of reincarnate lamas may be coming to an end. “Institutions need to be owned by the people, not by an individual. Like my own institution, the Dalai Lama’s office, I feel like it is linked to a feudal system,” the Dalai Lama explained. “The system should end, or at least change with the changing times. There have been cases of individual lamas who use reincarnation [to get their way] but never pay attention to study and wisdom.”**