Korean-American actor, producer, and director Daniel Dae Kim, best known for his breakout role in the long-running TV series Lost, is planning a to bring a new show about a Buddhist detective to TV screens in the near future. Titled First Rule of Ten, the show is based on the successful series of mystery novels by Gay Hendricks and Tinker Lindsay.

Kim's production comany 3AD previously introduced a remake of the hit Korean television show The Good Doctor, and is now branching out with a TV series with a Buddhist perspective. “3AD is excited to develop First Rule of Ten as our first collaboration with ITV Studios America,” said Kim. “The books tell a beautifully universal story from a uniquely Asian-American perspective.” (Deadline)

Having moved to the United States from South Korea with his family at age two, the Asian-American perspective is important to the actor-turned-producer, who allegedly left the American police series Hawaii Five-O when he and a fellow Asian-American actor were not offered equal pay with co-stars Alex O’Loughlin and Scott Caan.

For his latest project, Kim is partnering up with Tony Award-winning playwright David Henry Hwang and scriptwriter Jennifer Yee McDevitt. Kim will be the executive producer alongside Rachel Miller and Lindsay Goffman.

The new show is based on the novel series The Rules of Ten (Tenzing Norbu, Dharma Detective), which narrates the story of “a young monk [Tenzing Norbu, or “Ten”], who after years spent struggling with the teachings of his Tibetan monastery, leaves to find his identity in the unlikeliest of places – Los Angeles. There, he’s forced to reconcile the differences between the Buddhist teachings he has grown up with and a new fast-paced city lifestyle filled with temptations. His path to self-discovery becomes further complicated when he witnesses a brutal crime and becomes inextricably entwined in its investigation.” (Deadline) 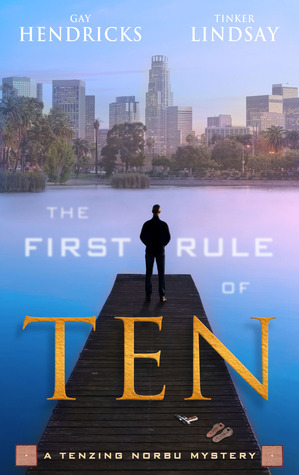 The first book of the series: The First Rule of Ten
by Gay Hendricks and Tinker Lindsay. From
dharmadetective.com

The novels, which so far number five, center around Tenzing Norbu’s rules for living and detecting:

1. Don’t ignore intuitive tickles lest they reappear as sledgehammers.
2. Be on the look out for unconscious beliefs. They are blinders that prevent you from understanding what is actually happening.
3. Keep current with the truth: we are only as weak as our secrets; especially the ones we keep from ourselves.
4. Let go of expectations—they always lead to suffering.
5. Be mindful, both making and keeping commitments, that they be springboards to liberation, instead of suffering. (Dharma Detective)

The books have been described as a welcome additon to spiritual fiction. In her review, spiritual author, speaker, and counselor Dr. Susan Corso writes: “[The] curious protagonist is a curious mélange. Sometimes, he reacts to the world as a cop. Sometimes, as a monk. Sometimes, as a damaged little boy. His response to the world, most of the time, is mindful—a nurturing message in the face of ordinary mystery novels. . . . Inspired by what young Ten deems the mindfulness of the legendary Sherlock Holmes, he models patience, compassion, diligence, meditation, mindfulness, mess-ups, and recoveries all from his worldly/otherworldly perspective. . . . The teaching, if you will, is so integrated into the story that I’ve had to go back in my Kindle to catch their subtleties and their wisdoms.” (Huffington Post)

The novels are written by Gay Hendricks PhD, a psychologist (and former professor) working with body-mind therapies, and author and screenwriter Tinker Lindsay, who  co-authored the screenplay for Buddha: The Inner Warrior.