Also announced were two graduate studies fellowships, each worth US$10,000, for PhD students working on projects related to Hangzhou Buddhist culture. A third award is for a Buddhist Studies Best Graduate Research Paper Award for graduate students who demonstrate superb research abilities through writing and publishing. This award will be for US$5,000 and might be shared between multiple winners. Applications for all three awards are due early in 2019 with announcements to follow before the summer.

The largest of the three, the PhD fellowship award, will be offered for University of Arizona students “writing a thesis or conducting research which will result in publication, collecting materials, compiling databases, fulfilling an advanced language requirement, etc.”  Furthermore, “Upon receiving this fellowship, the recipients will automatically become junior fellows in the center and have access to the resources provided by the center.” (Center for Buddhist Studies Facebook)

The University of Arizona has positioned itself in recent years as a major new center for the study of Chinese Buddhism, and the support from Lingying Temple will no doubt add to this status. In a document recording the history of Sinology at the Department of East Asian Studies at the University of Arizona, Wang Chengmian writes: 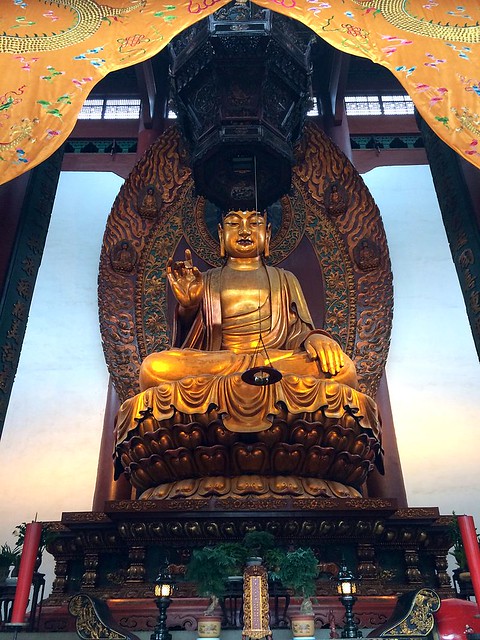 Located at the northwest of West Lake at Hangzhou, Lingyin Temple prides itself on being one of the oldest and most significant ancient Buddhist temples in China. According to tradition, it was founded in 326 CE by Master Huili (fl. 320s CE), a monk from western India. Situated in Hangzhou's Wulin Mountains not far from Shanghai, Lingyin Temple attracts thousands of visitors and Buddhist faithful every day. (Lingyin Temple Website)

The University of Arizona offers annual programs to study Chinese culture and Buddhism in Hangzhou, which last from early June to early July, giving students firsthand experience of a number of Buddhist traditions, including the unique tea culture of the region. This study abroad program is limited to 10 students, who each receive one of the above-mentioned travel grants.