The 10th Global Conference on Buddhism was held at the Ontario Science Center on 17–18 June under the theme “Buddhism, Neuroscience & Mental Health: Making a Mindful Connection,” seeking to combine scholarly wisdom with that of practitioners, both monastic and non-monastic. The line-up of participants included 15 speakers from Australia, Canada, and the United States, who discussed mindfulness and mental health, drawing connections between Buddhism’s 2,500-year history of practices and teachings, and modern scientific applications. 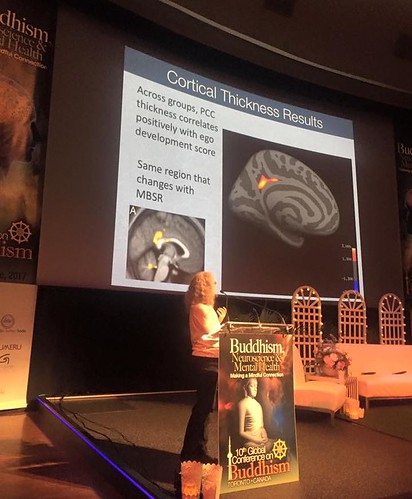 Sara Lazar, assistant professor of psychology at Harvard Medical
School speaks at the 10th Global Conference on Buddhism in
Toronto. From 10gcb.org

The previous nine Global Conferences on Buddhism were held in either Australia or Singapore, making this the first in the Western hemisphere and the first in North America. Highlighting this new direction, a major aspect of the conference’s mission was “to explore what Buddhism can offer to Canada’s religious and culturally diverse society and the need to be sensitive to the needs of others, even if their values and beliefs are not aligned with our own.” (10th Global Conference on Buddhism)

Leading up to the conference, Bhikkhu Bodhi, a noted Theravada monk and translator of Pali texts, addressed those attending: “Without exaggeration, it can be said that today we either flourish together or perish together. The choice is up to us. I hope that at this Global Conference on Buddhism, the participants will explore the potentials of Buddhism, not only for promoting inner peace but also for helping to create a kinder, more peaceful, more compassionate society in which people live together with mutual care and respect.” (10th Global Conference on Buddhism)

In his pre-conference talk, Ajahn Brahm, the abbot of Bodhinyana Monastery in Australia, spoke of the need to maintain a sense of humor and playfulness in our practice of mindfulness, to give it energy and make it attractive for people to undertake. Sara Lazar titled her talk, “Mindfulness and Mental Health: The Buddhist and Scientific Approach. Two Paths, One Destination?” In it, she stressed one difference between the two approaches being that in Buddhism, as one teacher told her, “The beginning is ethics, the end is ethics, and everything in between is ethics.” Speaking of modern mindfulness, she continued, “There is absolutely no ethics in any mindfulness-based intervention. So . . . these really are very distinct paths going in very different direction.” She went on to describe recent studies which have shown that mindfulness can not only reduce the perceived intensity of pain, it can also rewire the way in which the brain responds to pain in ways that might help stem the growing opioid addiction epidemic in parts of North America. 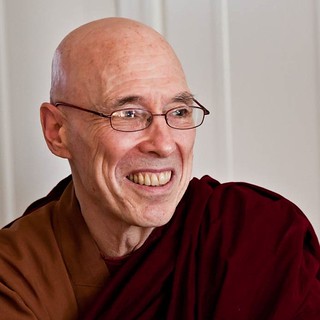 The conference was well attended, with initial tickets selling out ahead of the start date. This led organizers to arrange a live feed to enable all those who could not attend to to follow events as they took place and to submit questions to the speakers. The live feed is still available for viewing on YouTube.

Sumeru Books, Canada’s Buddhist Hub
Founding a Landmark of the Dharma in Canada