The Smithsonian Offers an Innovative Encounter with Buddhism

The Tibetan Buddhist shrine room from the Alice S. Kandell Collection. From freesackler.si.edu

The Smithsonian Institution’s esteemed Freer and Sackler art galleries reopened earlier this month, following an extensive 18-month renovation program, with much fanfare and a colorful celebration of Asian culture. The highlight of the rejuvenated galleries is arguably a unique and innovative exhibition on Buddhism, ambitiously broad in scope, that seeks to capture the breadth and diversity of Buddhist art and practices through the ages.

Running from 14 October–29 November 2020, Encountering the Buddha: Art and Practice Across Asia in the Arthur M. Sackler Gallery draws on the the Freer and Sackler collections of Buddhist art that span Asia, seeking to highlight how the Buddhist teachings have been expressed and communicated through a multitude of diverse art forms.

“By juxtaposing sculptures, fascinating objects, and sacred sites, we show how Buddhist visual culture conveys profound and often universal concepts, such as compassion or the urge to move beyond suffering,” said Debra Diamond, curator of South and Southeast Asian Art. (Smithsonian Newsdesk) 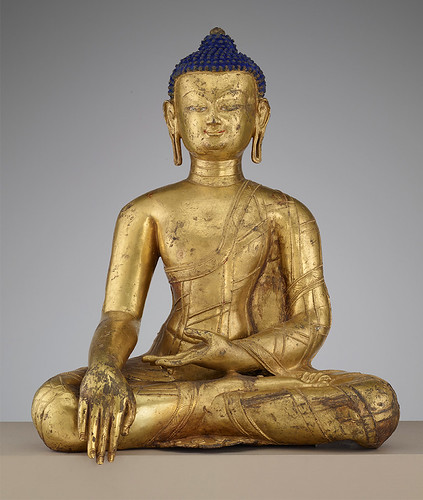 Visitors have the opportunity to immerse themselves in a multi-sensory experience seldom encountered in traditional art galleries that spans cultures and centuries in a bid to convey the diversity of forms of Buddhist expression. From a Sri Lankan stupa to a complete a Tibetan Buddhist shrine room, the exhibition travels from Afghanistan to India, across Southeast Asia and China, to Japan, reflecting the rich art forms and cultures that celebrate and venerate the teachings and traditions that have been transmitted for more than 2,500 years.

The experience encompasses more than 250 individual items and two immersive environments, complemented by integrated apps and digital platforms, all offering a unique portal of discovery into relics and artworks, the stories that shaped them, and the people who created them and venerated them for their sacred symbolism and ancient beauty.

Exploring the Tibetan Buddhist shrine room offers an intimate immersion in the mystic ceremonial sanctity of Himalayan Buddhist art. It assembles a startling convergence of objects created by Tibetan, Chinese, Nepalese, and Mongolian artists from the 13th to the 19th centuries, courtesy of New York collector Alice S. Kandell. A still from the film The Texture of Practice: Sri Lanka’s Great Stupa. From washingtonpost.com

The three-channel digital film The Texture of Practice: Sri Lanka’s Great Stupa is a contemplative meditative installation that allows the viewer to experience the Ruwanwelisaya stupa in Sri Lanka, a living monument since the 3rd century BCE and believed to house relics of the historical Buddha.

Offering compelling insights into the history and spread of Buddhism, the spiritual practice of pilgrimage is also explored, notably through the travels of the 8th century Korean monk Hyecho, who set out from China on an extended voyage across land and sea that would take him through Southeast Asia, across India, and as far west as Iran, before he returned to northern China.

By presenting a broad expanse of exhibits in an exciting and innovative manner, supplemented and informed by digital technologies, visitors to Encountering the Buddha are invited to reconsider the aesthetics and practices of Buddhism in a new context—apart from the formalized setting of the museum that houses them—and to explore the ways in which they helped to shape and inform the cultures of Asia and beyond.

“[The Freer and Sackler are] one museum but two very different experiences, because in the Sackler, it’s going to be very immersive, very intense—a lot of new media is being introduced,” said Lee Glazer, the Freer and Sackler’s curator of American art. (The Washington Post) 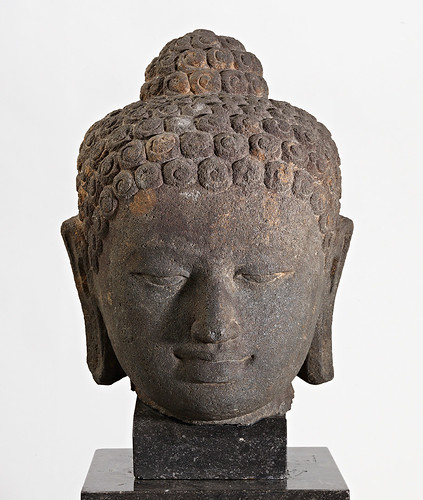 Encountering the Buddha: Art and Practice Across Asia (Smithsonian)
Smithsonian’s Sackler Gallery Explores Rich Buddhist Heritage of Asia (Smithsonian Newsdesk)
A BUDDHA WITH BITE (Smithsonian Insider)
The Freer and Sackler galleries to reopen with a two-day festival and new exhibits (The Washington Post)

The Guimet Museum in Paris: A Legacy of Asian Art in France
Preserving and Protecting the Buddhist Heritage of Laos
Building Communities and Cultivating Networks in the Field of Buddhist Studies
Zen Master Merce