Participants of the seminar watch a presentation. From pakistantoday.com.pk 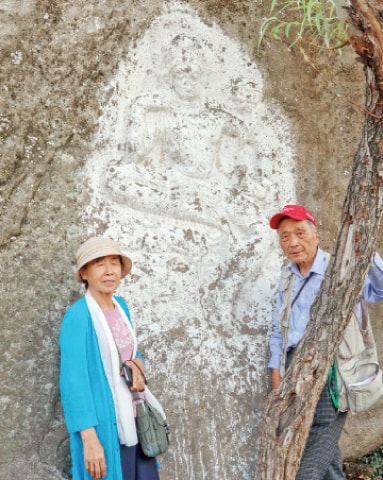 Dr. So Gilsu with his wife at a rock-carved Buddha at Arab
Khan Cheena, Swat Valley. From dawn.com