New “Ecodharma” Retreat Center to Open in Colorado in June 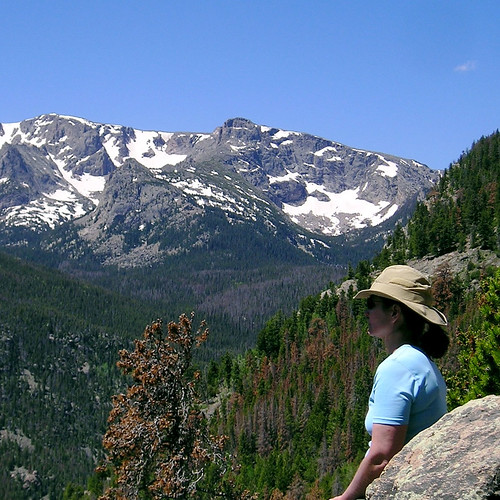 HELENA, Montana—The well-known Buddhist author and teacher David Loy made the following announcement last week: “I'm pleased to inform everyone that the Rocky Mountain Ecodharma Retreat Center (RMERC) will be officially purchased early next month, and that retreats will begin later that month.”

The center has raised US$215,000 of a needed US$940,000 goal to purchase the land and remodel the buildings. In a video released in April discussing the center, the founders state that one of their aims in raising these funds is to ensure that they have no debts or overheads in order to keep the cost of using the center as low as possible.

The retreat center is situated alongside the Arapaho National Forest northwest of Denver, Colorado, and 30 minutes from the Buddhist hotspot of Boulder. It has 180 acres (73 hectares) of land that have been set aside as a nature preserve, with three buildings that can house up to 30 retreatants. According to the website, the center “brings Buddhism and Dharma back into the natural world where they originated, and fosters the clarity and compassion needed to better address the ecological crisis and its related social justice issues.”

The center’s vision states that programs will include:

• Ecodharma workshops and retreats for activists, using the healing power of meditation in nature to ground and transform activism into a spiritual path of service to the community and to the Earth.

• Silent meditation retreats, in groups and also supported solos. All spiritual practice traditions are welcome, and local sanghas are encouraged to use the RMERC for weekends and day-longs, as well as for longer retreats.

• Retreats for underserved communities, people of color, veterans, youth, and other groups that may not be able to afford more expensive retreats.

• Low-cost retreats that are offered in the spirit of generosity, with teachers receiving only expenses and donations (Skt: dana).

Loy, the center’s director and vice-president, has a long history as a writer and activist in engaged Buddhism, and was a co-editor of A Buddhist Response to the Climate Emergency (Wisdom Publications 2009), which featured writings from the Dalai Lama, Thich Nhat Hanh, Bhikkhu Bodhi, and others. More recently, he authored A New Buddhist Path: Enlightenment, Evolution, and Ethics in the Modern World (Wisdom Publications 2015). Several other directors bring decades of their own Buddhist practice and academic and scientific expertise to the center, including Anne R. Kapuscinski, the Sherman Fairchild Distinguished Professor of Sustainability Science in the Environmental Studies Program at Dartmouth College and chair of the board of directors of the Union of Concerned Scientists. At the heart of the center’s mission is confronting our illusion of separateness from nature:

The ecological and social crises we face now go far beyond the ordinary personal suffering that Buddhism has usually been concerned with. Traditional Buddhist teachings help us to wake up individually and experience our non-separation from the world. Today we must ask whether those teachings also apply to group delusions of a collective self: namely a civilization that acts as if separate and above the natural processes of the Earth. Isn’t our ecological predicament a larger and parallel version of the perennial individual predicament: the notion that I am a self “inside,” separate from a world that is “outside”? Is our species really separate from the natural world, or an intrinsic part of it?

Loy himself will be co-teaching an ecodharma retreat there with Johann Robbins in early August.

Western Buddhist Monks Find Spiritual Joy in the Sri Lankan Wilds
Yongey Mingyur Rinpoche: Science Shows Meditation Can Improve Our Quality of Life
US Buddhists Call for a United Stand Against Injustice and Suffering
US Schools that Have Replaced Detention with Meditation Are Reaping the Benefits

A Path to Peace: The Engaged Buddhism of Venerable Tajay Bongsa
Debunking the Myth of Meditation