Researchers at Korea’s Seoul National University (SNU) say they have confirmed the existence of meridians—a network of nodes and channels throughout the body that forms an integral part of traditional systems of medicine such as acupuncture and which is also integral to Buddhist practice. Scientists at SNU who have been studying traditional medicine announced that they have observed a new circulatory system that they believe corresponds with the traditional understanding of meridians.

The meridian system, sometimes known as the channel network, is an understanding of the human body common to many systems of traditional medicine that date back thousands of years. The concept describes a network of pathways throughout the body—known as nadis in India, sen in Thailand, channels in Tibet, and meridians, channels, or vessels, in China and Japan—through which flows life-energy, known as qi in traditional Chinese medicine or as prana in India. While the existence of acupuncture points and meridians has not been scientifically proven, research into the potential medical benefits of acupuncture, acupressure, and related treatments has been ongoing, with new evidence emerging regularly.

Scientists at SNU say they have confirmed the existence of what is referred to as the “primo-vascular system,” which they say forms a vital part of the cardiovascular system. The researchers believe the primo-vascular system to be the physical component of the meridian system, and it has been suggested that this system is involved in channeling the flow of energy and information relayed by “biophotons” and DNA. 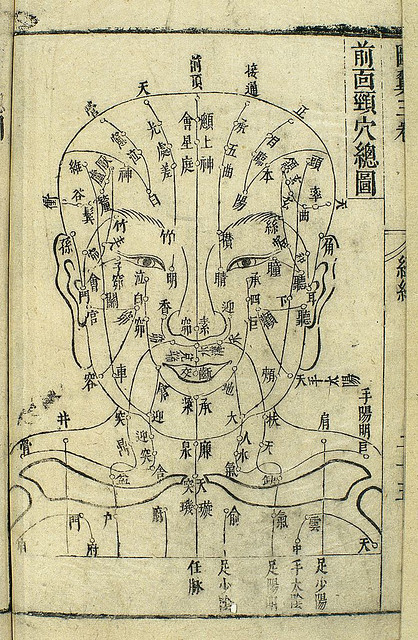 Meridans have been studied within traditional Chinese medicine for
thousands of years. From subtleenergysciences.net

“Many people have experienced the effects of oriental medicine, but it is difficult to investigate,” said Prof. Kwang-Sup Soh, director of SNU’s Biomedical Physics Lab. for Korean Medicine. “The reason is we did not know about the structures of acu-points and meridians and we did not know whether those structures really existed or not. But we can now see the anatomical structures [and] with modern scientific technologies, the principals [sic] of oriental medicine, such as acupuncture or moxybustion, can be examined more closely.” He expressed confidence that the new discoveries could lead to new methods of treatment and approaches to medicine. (Subtle Energy Sciences Blog)

Prof. Soh said that fine, threadlike structures had been observed with electron microscopes after using a dextrose solution to enlarge the vessels and injecting fluorescent magnetic nanoparticles into the acupuncture points of mice.

The Korean team summarized their methodology in a research paper: “By injecting nanoparticles into the acupuncture points (LR9) of mice we observed them at other acu-points (LR3) of the same liver meridian, which implied the propagation of nanoparticles along the meridian. Another use of nanoparticles was injecting them into a Bonghan corpuscle and observing them to flow along the Bonghan duct on the surface of mammalian internal organs. The third application was injecting them into lymph nodes so that Bonghan ducts inside lymphatic vessels were detected and visualized by the fluorescence of nanoparticles.” (Springer Link) Korean scientists injected fluorescent magnetic nanoparticles into the acupuncture points of mice to identify the meridian channels. From upliftconnect.com

In the early 1960s, North Korean surgeon and researcher Dr. Kim Bong-han claimed to have discovered tubular structures inside and outside of blood and lymphatic vessels and on the surface of internal organs and beneath the skin that he believed were meridian lines. Following his research, the meridians became known as “Bonghan ducts” or channels. In 1966, the Kyung-Rak Institute where he worked was shut down and Dr. Kim disappeared.

“Acupuncturists insert needles or apply moxybustion at acu-points, but they do not [completely understand] how it works,” said Prof. Soh. “In 1962, Prof. Kim Bong-han insisted that meridians are a circulation system with flowing liquids. But it was not certain that his research was really meaningful or not for the last 40 years.” He added that evidence had been gathered in the last five years that confirmed the accuracy of Prof. Kim’s research. (Subtle Energy Sciences Blog)

As well as acupuncture, a range of traditional practices, including acupressure, massage techniques such as Shiatsu, moxibustion, Qigong, Taichi, and yoga are understood to stimulate the meridian system in various ways to produce beneficial health results or to treat ailments. Scientific evidence for the efficacy of stimulating either meridians or acupuncture points is mixed. While overall reviews to date find that current evidence is not sufficiently compelling, other studies support the efficacy of stimulating some acu-points for managing specific symptoms, such as pain or nausea.