A new global education network, Middle Way Education (MWE) is an ambitious project established with the vision of creating a new system of education based on Buddhist wisdom and compassion, and drawing on schools, resources, and education projects around the world. The project includes an online hub where Buddhist educators can communicate, share resources, lesson plans, and teaching materials, and learn from and support one another, regardless of their physical location.

“After many months of research, planning, networking, and design, we are really happy with how this site looks and functions,” site manager Claire Zimmerman said of the new portal. “We are currently in the soft-launch phase, meaning that we have invited a few core contributors, such as the Rubin Museum, Panyaden International School, and the Zen Mountain Monastery, to upload resources. Now we need to beta test to make sure we have the best possible user experience.” (KF Focus) 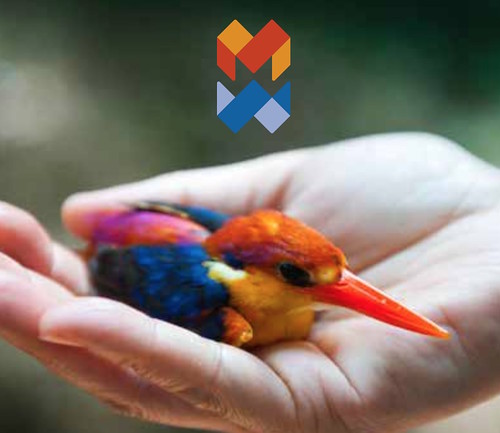 The second planned education project, The Middle Way School in the Hudson Valley in upstate New York, is schedule to open in September this year. The independently operated pilot school, which Khyentse Foundation describes as the result of years of research, will follow a curriculum guided by a framework that is “based on Buddhist teachings and informed by modern neuroscience” and “a laboratory for creating a truly Buddhist education for children.” (KF Focus)

“The school’s application to operate is currently being reviewed by the New York State Education Department,” Khyentse Foundation said in its announcement. “If all the causes and conditions remain favorable, classes will begin in September for mixed-age kindergarten and grades 1 and 2. A series of open houses and parent nights will be held throughout the first few months of 2018. Prospective families are encouraged to visit the MWS website for details and dates.” (KF Focus) The building that will house Middle Way School in upstate New York. From khyentsefoundation.org

Born in Bhutan and now based in Himachal Pradesh, India, Dzongsar Khyentse Rinpoche gives teachings all over the world. He is the son of Thinley Norbu Rinpoche and was a close student of the Nyimngma master Dilgo Khyentse Rinpoche (1910–91). He is recognized as the third incarnation of Jamyang Khyentse Wangpo (1820–92), founder of the Khyentse lineage, and the immediate incarnation of Jamyang Khyentse Chökyi Lodrö (1893–1959). In addition to Khyentse Foundation, his projects include 84000, a non-profit global initiative to translate the words of the Buddha and make them available to all; Siddhartha’s Intent, which organizes, distributes, and archives his teachings; Lotus Outreach, which directs a wide range of projects to help refugees; and more recently The Lhomon Society, which promotes sustainable development in Bhutan through education.

The Khyentse Foundation Leadership Project: Teaching Leadership and Management in Tibetan Buddhist Monasteries
Modern Education and the Future of Buddhism: An Interview with Dzongsar Khyentse Rinpoche