Focusing on the Chang’an-Tianshan Corridor, which extended through the Shaanxi, Henan, Gansu, and Xinjiang provinces of China and into Kyrgyzstan and Kazakhstan, exhibits on display include jade ware, jewelry, textiles, pottery, small statues, bronze vessels, and murals. 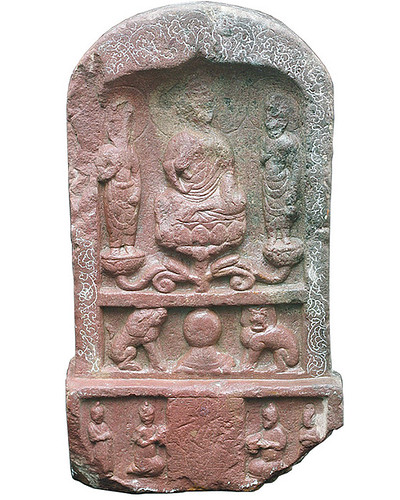 Costume of an aristocrat from a tomb at Yingpan. Image courtesy of the author 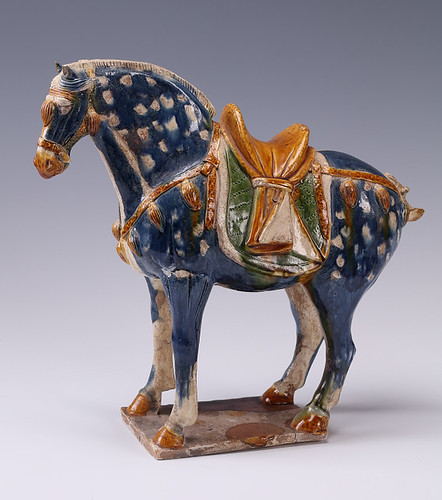 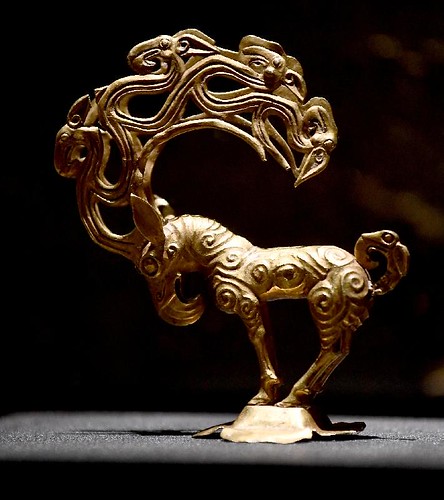 “With so many unprecedented Silk Road artifacts on display, the exhibition focuses on the cultural blending of Silk Road countries and China, especially those found along the Chang’an-Tianshan Corridor,” said acting museum director Terence Cheung. “There are 167 cultural relics from mainland China, including 163 cultural relics and four replicas, of which 97 are national-level relics, accounting for 58 per cent of the total number of exhibits. Another 50 are from Kazakhstan and Kyrgyzstan.”

Among the 210 precious cultural relics assembled for the exhibition, visitors can see more than 100 grade-one national treasures, including a gold sculpture of a mythical beast dated to the Warring States Period (475–221 BCE), a silkworm fashioned out of gilt bronze from the Han dynasty, and a Tang dynasty (618–907) mural of a camel and a Central Asian cameleer. One of the highlights of the exhibition is a Tang dynasty sancai* horse standing 81.2 centimeters high and decorated with white speckles over a blue glaze. Also on show are more than 50 precious artifacts from Kazakhstan and Kyrgyzstan, presented to illustrate their unique cultural and religious heritage. Exhibits include a replica of 4th century BCE "Clothing and weaponry of the Golden Man,” from Kazakhtsan, a 2nd–1st century BCE lamp from Kazakhstan in the shape of an altar featurng figures of horsemen and animals, and a Buddhist stone carving dated to the 8th–10th century CE.

Perhaps the most lasting legacy of the Silk Road has been its role in bringing cultures and peoples into contact and facilitating cultural, intellectual, and spiritual exchange and interaction. On a practical level, merchants needed to learn the languages and customs of the countries they traveled through in order to trade successfully. The Silk Road also facilitated the spread of Buddhism throughout Central Asia and China, with Buddhist art and shrines being found as far apart as Bamiyan in Afghanistan, Mount Wutai in China, and Borobudur in Indonesia. Thanks to the growing global attention to China’s “One Belt One Road” initiative, which is aimed at promoting economic ties between China and Central Asian nations, there has been renewed interest in the historic Silk Road in recent years. The exhibition, which began on 29 November 2017 and runs until 5 March, includes a host of multimedia content and interactive exhibits aimed at providing an enriching learning experience for this unique world heritage and a new understanding of the myths and splendor of the Silk Road.

* A type of pottery decoration particularly associated with the Tang dynasty that uses glazes or slip, predominantly in brown (or amber), green, and a creamy off-white.

English Version of Digital Dunhuang Offers Virtual Tour of Mogao Caves
1,800-year-old Buddhist Carvings in Lianyungang Bridge the Past and Future of the Silk Road
UC Berkeley Launches First Center for Silk Road Studies in the US
Is Time Running Out for the 5,000-year-old Mes Aynak Archeological Site in Afghanistan?
Ancient Hygiene Habits Show Silk Road Facilitated Passage of Disease, as Well as Commerce and Buddhism