To date, 36 videos have been uploaded to the free channel, providing in-depth insights on a broad range of topics from such prominent figures as Canadian Theravada monk Ajahn Viradhammo, American Buddhist author and teacher Jack Kornfield, historian and librarian at the British Library Susan Whitfield, and His Holiness Chamgon Kenting Tai Situpa, one of the highest-ranking lamas of the Karma Kagyu lineage of Vajrayana Buddhism. 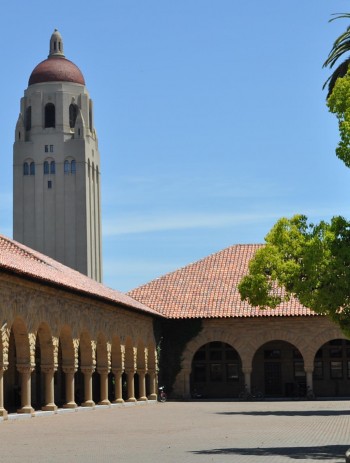 The HCBSS became the successor to the Stanford Center for Buddhist Studies in 2008, with an endowment from the Robert H. N. Ho Family Foundation and matching funds from the William and Flora Hewlett Foundation. The HCBSS is dedicated to promoting the academic study and public understanding of the Buddhist tradition, and coordinates, supports, and develops Stanford University’s resources for Buddhist Studies in four areas: academic programs, research, scholarly communication, and public outreach.

The Buddhist Studies at Stanford video channel offers thoughtful and insightful discussions, examinations, and perspectives on a broad range of subjects and concepts related to Buddhism, including historic discoveries, discourses on complex concepts, and ways in which Buddhism is being introduced to new, previously non-Buddhist societies.

In the most recent addition to the collection, Dr. Jowita Kramer, an associate professor of Indology at the Institut Fur Indologie Und Tibetologie, Ludwig-Maximilians-Universitat Munchen, gives a talk titled “Sthiramati and his Proofs of the Validity of the Mahayana,” which focuses on the scriptural corpus of Sthiramati, a pivotal scholar in the development of 6th century Indian Yogacara thought in the 6th century.

Established in Hong Kong in 2005, The Robert H. N. Ho Family Foundation is a private philanthropic organization that seeks to foster and support Chinese arts and culture, and to promote a deeper understanding of Buddhist teachings and their application in everyday life. In pursuit of that mission, the foundation engages in strategic, long-term projects around the world to support efforts that make traditional Chinese arts accessible and relevant to contemporary audiences. It also supports the creation of new works that bring innovative perspectives to the history of Chinese art and improve the quality and accessibility of scholarship on Chinese art. Guided by a belief that the insights of Buddhism have a vital role to play in approaching the challenges facing contemporary society, The Robert H. N. Ho Family Foundation has committed resources to expanding the understanding, interpretation, and application of Buddhism.

The foundation’s Buddhist art and studies programs include the Buddhist Ministry Initiative at Harvard Divinity School; a center and an endowed professorship in Buddhist Studies at Stanford University; a Buddhist Studies program at the University of Toronto; an endowed chair and program in Buddhism and Contemporary Society at the University of British Columbia; the Centre for Buddhist Art and Conservation at The Courtauld Institute of Art; the Galleries of Buddhist Art at the Victoria and Albert Museum; and exhibitions of Chinese and Buddhist art around the world.

From the Gobi to the Getty: Buddhist Art from Dunhuang on View in Los Angeles
Monastic Seminaries and the Chinese Dream, Part Two: United Fronts and Common Goals
Professor Pauline Yu: Enriching Life and Work with the Skills of the Humanities