From Buddhist Monk to Merrill Lynch Chairman, the story of Michael Dobbs-Higginson 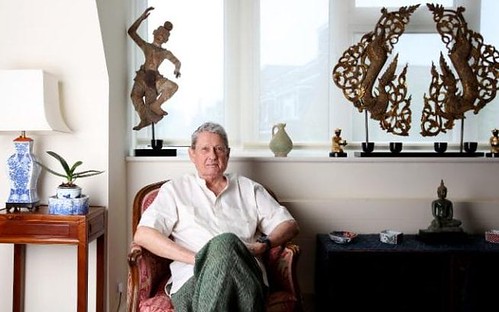 Michael Dobbs-Higginson, ordained as a lay Buddhist monk in Japan at age 22 and erstwhile Merrill Lynch chairman, shares his unique life story in his new memoir A Raindrop in the Ocean: The Life of a Global Adventurer. The most fundamental period of his life was his stay at a Buddhist monastery on a mountain in Japan, where he battled hardship to find untapped reserves of resilience that would last him a lifetime.

His personal doctrine, the result of a lifetime of learning, is based on Buddhist principles with a sprinkling of Western morality added to the mix. It is his way of securing balance—not happiness—and has aided him in maintaining a relaxed and confident demeanor thoughout.

“I don’t look for happiness; that is a Walt Disney construct,” Dobbs-Higginson said in a recent interview. “The search for happiness is a very ephemeral one. If you and the world around you are in balance, you are naturally peaceful. Peacefulness is one thing, but happiness is trite.” (The Telegraph)

His auto-biography tells the story of how Dobbs-Higginson was raised in colonial Rhodesia (a territory that corresponds to modern-day Zimbabwe) and went on to roam the world as a teenager. It includes tales of bed-hopping, drug-smuggling, and shady business deals, written as if by a master storyteller, while sharing a religious philosophy based on Japanese Buddhism. 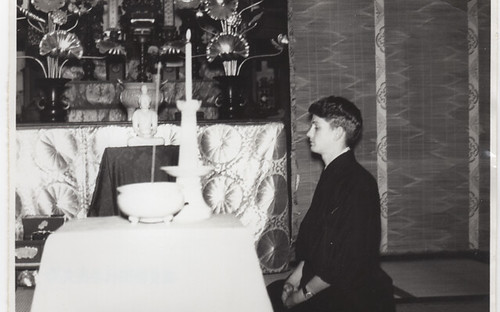 Michael Dobbs-Higginson as a young man in Japan. From telegraph.co.uk

Dobbs-Higginson was ordained as a lay Buddhist monk in 1963, at the age of 22, at Shino-In, the headquarters of the Shingon school of Japanese Buddhism on Mount Koya. He was the first Westerner to be accepted into the 1,200-year-old Buddhist tradition. Now 75, Dobbs-Higginson is calmly facing his greatest challenge yet; the downhill battle against a terminal illness.

After studying medicine in Dublin, logging in Canada, and teaching surfing in Hawaii, Dobbs-Higginson describes how he moved back to Japan, where he set up several businesses before being chased out of the country by ruthless Central Intelligence Agency (CIA) operatives, after refusing to participate in their operations. He then realtes how he went on to become the chairman of Merrill Lynch Asia-Pacific, and is still involved in various startups developing electric vehicles and drones for Asia, and an e-commerce platform for Africa.

When asked how he reconciled his career as a banker with his monastic principles, he answered: “If I was joining the mafia to smuggle drugs, that would be a moral question, but joining investment banking, I was actually doing some good. I felt that I was giving opportunity to people who might not otherwise have had it, and in those days we were not paid those grotesque sums.” (The Telegraph) 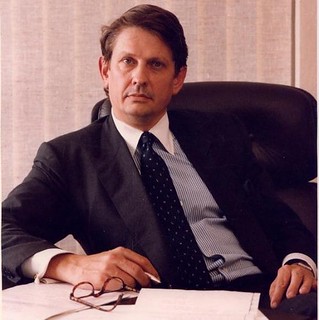 Michael Dobbs-Higginson as a banker. From
telegraph.co.uk

His philosophy for life, he explains, is built up out of three parts: minimizing the ego, encouraging curiosity, and focusing on substance rather than form. This last notion came from his mother: “My mother was a sort of quasi-mystic, and very interested in comparative theology,” Dobbs-Higginson recounts. “And when I was about six or seven, about to leave for boarding school, she said: ‘I want to tell you something.

“She said ‘you’ve got to understand that life is about form and substance. Most people focus on form, because that’s the easy part, and that’s usually driven by the ego. But substance is really what the person is made of; what their moral value systems are and who they really are—so focus on substance.’” (Citya.M. Newsletters)

At 75, he still leads a full life, despite his illness, with three children, six grandchildren, and his wife Marie-Thérèse.

How to live a perfect life, by a Buddhist monk turned millionaire Merrill Lynch chairman  (The Telegraph)
From bush-boy to Buddhist monk to banker: Michael Dobbs-Higginson (Citya.M. Newsletters)
A Raindrop in the Ocean (Eye Books)

Don Farber's Portraits of Buddhist Life
Happiness, Expectations, and Learning to be Losers: An Interview with Ajahn Brahm
Buddhistdoor View—Why Buddhism is Not All About the Search for Happiness