In an impassioned public statement, Dzongsar Khyentse Rinpoche has called for a fundamental reform of tulku education in the Himalayan Buddhist tradition. From i.ytimg.com

Renowned Bhutanese lama, filmmaker, and writer Dzongsar Jamyang Khyentse Rinpoche on Monday issued a strongly worded statement via Facebook titled “Time for radical change in how we raise our tulkus,” in which he roundly criticizes the environment in which the recognized incarnations of lamas in Vajrayana Buddhist tradition are identified, raised, and educated for their roles in the modern world.

In the lengthy essay of some 4,300 words, the respected teacher underlines the dangers presented by the uncritical veneration of incarnate lamas who, having been recognized from a very young age, often live insulated by tradition in “prisons of privilege” that leave them unable to relate to their followers or with the realities and challenges of living in contemporary society. Dzongsar Khyentse Rinpoche’s statement also points out the fundamental flaws he sees as ingrained in the established systems for raising and training young tulkus and criticizes some of the changes that have taken place in those institutions since his own upbringing.

“Moving from one life to the next is not like moving from one room to another. There have been tremendous changes over time, which require new forms of training if tulkus are to manifest their true nature and qualities,” Rinpoche observes. “Blind student adoration, often arising from cultural preconceptions, conceals from us the need to re-examine the training these young tulkus actually need.” (Dzongsar Jamyang Khyentse Facebook)

While it seems evident that Dzongsar Khyentse Rinpoche is giving voice to well-considered thoughts and feelings that he has held for some time, he notes that this emphatic statement was prompted by the recently publicized decision of 20-year-old Jamgon Kongtrul Rinpoche to renounce monastic life. Identified as the incarnation of the third Jamgon Kongtrul Rinpoche (1954–92) on 25 August 1996, when he was a nine-month-old baby, Jamgon Kongtrul Rinpoche stated in a Facebook post earlier this month that “I have chosen a different lifestyle and will study and pursue my dreams of becoming a doctor.” (India Today) 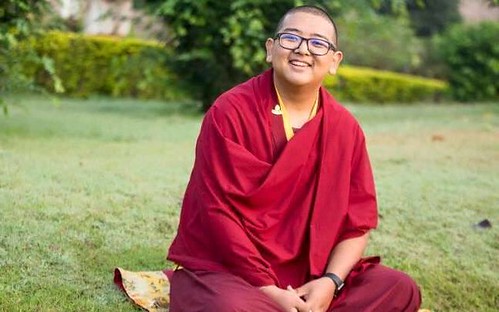 “Jamgon Kongtrul 4th’s decision pushes us to acknowledge and examine some fundamental flaws in the way tulkus are presently taught and raised,” Dzongsar Khyentse Rinpoche states with conviction. “This is a very complicated subject, but it must be addressed.” (Dzongsar Jamyang Khyentse Facebook)

While acknowledging that the current generation of tulkus have a much easier upbringing than the one he experienced, Rinpoche underscores the lack of progressive change in other aspects of the institutionalized training system, which he describes as “stuck somewhere in the 1930s or 40s, never acknowledging that this is 2016, and certainly not preparing our young tulkus for the world of 2026 when they will reach maturity.” (Dzongsar Jamyang Khyentse Facebook)

“The reality today is that, even though these kids may be genuine tulkus, many of them have not even learned to wipe their own noses, let alone manifest intact all the qualities of their previous incarnations such as omniscience,” Rinpoche observes, also pointing to the spread of corruption and nepotism that has been allowed to destabilize the tradition. (Dzongsar Jamyang Khyentse Facebook)

“These young tulkus are still just kids who need to be trained, properly raised, and given initiations and teachings—and not just intellectually and academically. We need to make them confident and at the same time humble. We need to make them sublime and at the same time human,” Rinpoche stresses. “And above all, of the most paramount importance, we need them to become genuine spiritual practitioners. After all, they are supposed to be spiritual leaders and lineage holders, not simply political leaders or village heads. And if they are not true Dharma practitioners, what hope is there?” (Dzongsar Jamyang Khyentse Facebook)

Born in Bhutan in 1961 and now based in Himachal Pradesh, India, Dzongsar Khyentse Rinpoche is the son of Thinley Norbu Rinpoche and was a close student of the Nyimngma master Dilgo Khyentse Rinpoche (1910–91). He is recognized as the third incarnation of Jamyang Khyentse Wangpo (1820–92), founder of the Khyentse lineage, and the immediate incarnation of Jamyang Khyentse Chökyi Lodrö (1893–1959). His projects include the Khyentse Foundation, which provides the financial support necessary to fulfill his aspirations; 84000, which oversees the translation of the Word of the Buddha into modern languages; Lotus Outreach, which directs a wide range of projects to help refugees; and most recently The Lhomon Society, which promotes sustainable development in Bhutan through education.