Revered Chinese Buddhist monk Ven. Xuecheng joined a delegation of religious leaders in Jerusalem on Monday for the first day of a four-day interfaith conference aimed at deepening ties between Israel and Asia. The forum will examine a range of issues, such as the role of religion in modern society, the rights of individuals and what constitutes a just society, and safeguarding the planet and the environment.

Israeli President Reuven Rivlin and Prime Minister Benjamin Netanyahu welcomed the delegates to the summit. “Welcome to Jerusalem, the holy city to the religions of the sons of Abraham,” said Rivlin. “Your arrival is a very special event, for many years the interaction between our religions hardly even existed. This is no longer the situation, as your visit today shows.” (TheJewishPress.com) 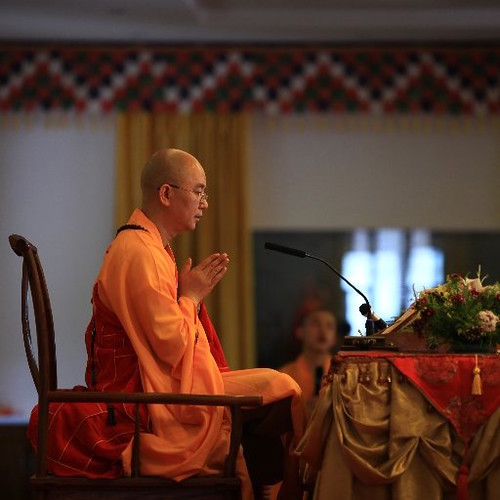 Ven. Xuecheng joined a delegation of religious leaders from Asia for a four-day
interfaith conference aimed at deepening ties between Israel and Asia. From
twitter.com/xuecheng

Expressing gratitude on behalf of all Buddhists for being able to participate in the conference, Ven. Xuecheng observed that there are five major religions in China: Buddhism, Christianity, Confucianism, Islam, and Taoism, noting that “all five emphasize peace, compassion and freedom.” In order to have a peaceful world, he said, “We must make mutual respect and understanding a goal.” (The Jerusalem Post)

“It is time to expand the Israel-Asia dialogue from only diplomatic and economic spheres to religion, spirituality, and faith. This is a first meeting in history between the religious leaders of Judaism and those of the eastern faiths,” said summit coordinator Simona Halperin. She added that during the summit the religious leaders would tour holy sites and discuss current events, including global warming, the environment, the status of religion in contemporary society, and the role of religion in peacemaking. (TheJewishPress.com)

Ven. Xuecheng expressed hope that the summit would lead to lasting friendships between the religious leaders in Israel. “Only if we make true friends we can really set the goal of mutual respect and understanding,” he said. “The Chinese religions are working very hard to call out other religions to help in the construction of a peaceful world.” 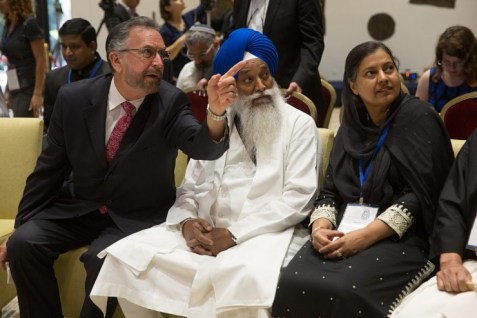 The representatives of Asian religions will meet Christian, Druze, Jewish, and
Muslim leaders over the course of the summit. From jewishpress.com

A distinguished scholar, Ven. Xuecheng serves as the abbot of Guanghua Temple, in Putian in his home province of Fujian, Famen Temple in Fufeng, Shaanxi Province, and Beijing’s Longquan Monastery. He was elected secretary-general of the Buddhist Association of China in 2007, and became president in 2015 (born 1966, he is the youngest monastic ever to hold the office). Ven. Xuecheng is a member of the National Committee of the Chinese People’s Political Consultative Conference and is also a popular blogger.