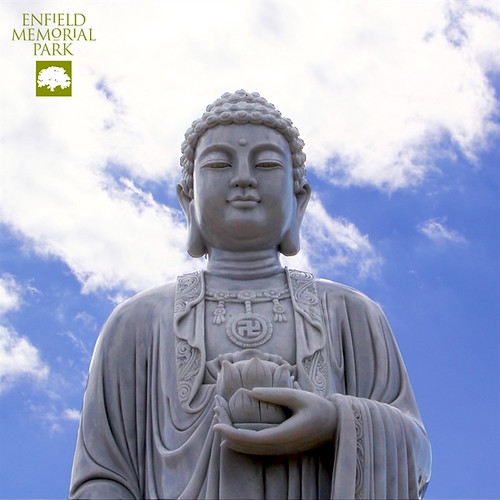 The Governor of South Australia, His Excellency the Honorable Hieu Van Le AO, will unveil the new Buddhist Garden in front of an estimated crowd of more than 400 people.

The special event will feature a lion dance, fire crackers, and an official blessing by senior leaders of the various Buddhist schools, including the Most Venerable Thich Nhu Hue, transforming the garden into a Pure Land.

According to Adelaide Cemeteries Authority CEO Robert Pitt, although the new Buddhist Garden will meet the specific burial needs of the state’s emerging Buddhist community, anyone can be interred in the garden regardless of faith or ethnicity.

“The Buddhist community in South Australia has been longing for a sacred burial area and special place of remembrance, so the Adelaide Cemeteries Authority is delighted to be able to help,” said Mr. Pitt, adding that there would be 115 burial sites, including vaults, as well as 280 cremation memorial sites within the Buddhist Garden.

“We have worked collaboratively with the Buddhist community over the past two years to establish the garden within Enfield Memorial Park. This has ensured an authentic and culturally inclusive design, including special items such as an incense bowl and offering table to enable Buddhist customs and traditions to be carried out,” he continued. The garden was designed under the guidance of The Venerable Thich Vien Tri of Phap Hoa Temple in Pennington, and has been laid out to face the ocean in the west.

Mr. Pitt said Bodhi trees would be planted by the community, while a circular road has been built around the garden to enable funeral processions to circumnavigate the Buddha statue three times prior to interment, in accordance with Buddhist funeral customs.

“We feel privileged to provide such a special place for the Buddhist community,” said Mr. Pitt. “The Buddhist Garden is evidence of the Authority’s ongoing commitment to meaningful community engagement and to provide all cultural and religious groups with a place to gather and remember.”

To register your attendance, contact Arun Ramchand, Adelaide Cemeteries Authority community engagement consultant, on 8139 7412 or via email at arun.ramchand@aca.sa.gov.au