The Tokyo National Museum is sharing a collection of rare Buddhist masterpieces in an ongoing exhibition titled Treasures from Ninna-ji Temple and Omuro: Masterpieces of Tenpyo Art and Shingon Esoteric Buddhism.

Part of the Japanese Archaeology and Special Exhibition, this rare collection is comprised of around 170 treasures—many of which are not normally on public display—including statues, paintings, religious artifacts, pottery, and calligraphy, from Ninna-ji, an historic Buddhist temple in Kyoto, and other temples affiliated with the Omuro school of Japanese Buddhism. 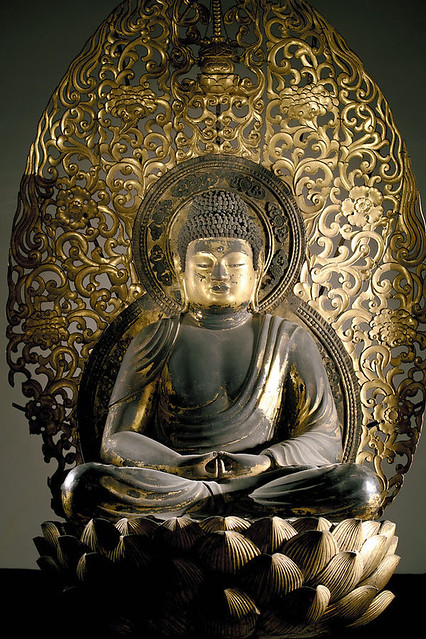 Ninna-ji, founded in the former Japanese capital Kyoto during the Heian period (794–1185), is the head temple of the Omuro school of Shingon Buddhism. Construction of the temple began in 886 under the directive of Emperor Koko and was completed in 888 under Emperor Uda (887–897). It subsequently became a tradition for Japan’s emperors to send a son to serve as the temple’s head monk whenever the post became vacant. The temple was destroyed by fire and conflict in 1467 and was rebuilt some 150 years later. Most of the temple’s surviving structures date to the 17th century. In 1994, the temple was included as part of the Historic Monuments of Ancient Kyoto UNESCO world Heritage Site. Joining the exhibition from today, and one of its highlights, is the statue Seated Thousand-armed Kannon Bosatsu, a manifestation of the bodhisattva Avalokiteshvara, which dates to the 8th century. A national treasure on loan from Fujiidera temple in Osaka, it is believed to be the oldest and one of the last surviving sculptures of its kind, featuring a total of 1,041 arms that surround the serene figure like a halo, with an eye inscribed on each palm.

Also of note, from Ninna-ji, is the Seated Amida Nyorai sculpture. Also a designated national treasure, this image of Amitabha Buddha is believed to have been the temple’s main statue at the time of its founding, and as such is believed to be the oldest of its kind.

Sanjujo sasshi (Thirty Volumes of Esoteric Scripture), by Kukai and others. 9th century. From ninnaji2018.com

On display for limited two-week period, the Sanjujo sasshi (Thirty Volumes of Esoteric Scripture) written by the Shingon monk Kukai (774–835) and others are widely regarded as the most significant works of calligraphy in Japanese history. The exhibition also includes a recreation of Ninan-ji's centuries-old Kannon-do Hall, dedicated to Avalokiteshvara.

Shingon Buddhism is a prominent school of Japanese Buddhism and one of the last surviving lineages of Vajrayana Buddhism in East Asia. Shingon’s esoteric teachings were brought to Japan by Kukai , who traveled to Tang dynasty China in 804 to study under the Chinese monk Huiguo (746–805), himself a student of Amoghavajra (705–774), one of the most politically powerful Buddhist monks in Chinese history. 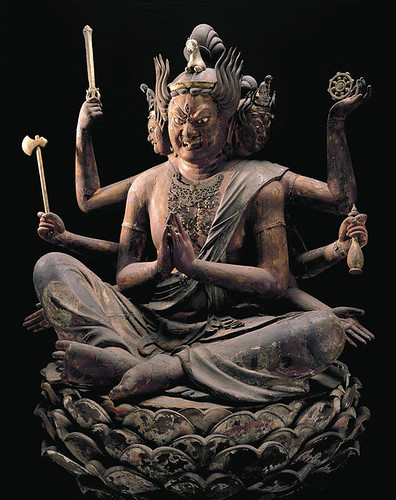 Established in 1872, the Tokyo National Museum, which houses a comprehensive collection of artworks and antiquities from Japan and other Asian countries, is the oldest national museum and the largest art museum in Japan. The exhibition Treasures from Ninnaji Temple and Omuro, which began on 16 January, will run until 11 March.