From early childhood, Dr. Keyzom Bhutti knew she wanted to be a healer. Born in the village of Tana Phunkyll in eastern Tibet, the child of pious Vajrayana parents, she is now a prominent Tibetan Buddhist physician based in Somerville, Massachusetts.

“Even at a very early age I felt a strong connection with healing,” Dr. Bhutti relates, recalling her aspiration as a young girl. “When I was in school, I was always thinking about asking for help to achieve this. Before I would go to sleep I would pray to be a healer. Back then, I never thought I would become a doctor; I wanted to be a nurse, so I would pray to be sent to some hospital to become a nurse. I really wanted to help the suffering of people. Morning, evening, I would pray that I could do something good for other people.”

Remarkably, it was through the intervention of His Holiness the Dalai Lama himself that Dr. Bhutti was able to fully realize her goal. “In 1969, the Tibetan government-in-exile sent a letter to all the schools for Tibetans living in exile in India, seeking candidates to become physicians,” she explains. “They were seeking students who were proficient in the Tibetan language, who had the best knowledge of grammar, and were hard workers. We were invited to apply to become doctors of Tibetan medicine.” 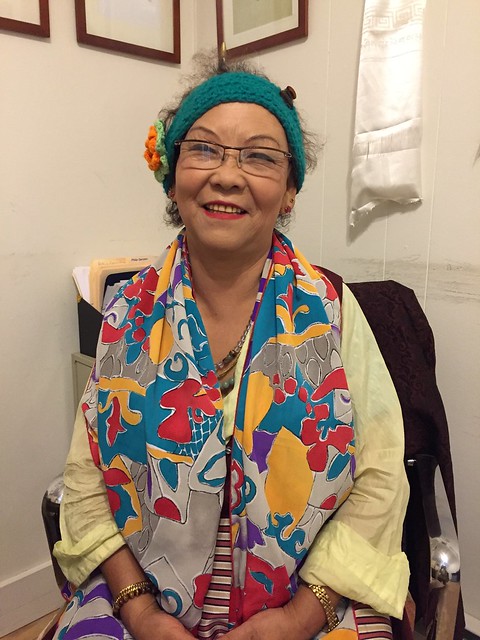 Dr. Bhutti in her medical office in Somerville. Image courtesy of the author

Feeling that His Holiness was directly answering her childhood prayers, the young Dr. Bhutti immediately applied. “In 1969—I think I was 18 years old—I took a chance and filled out the application,” she recalls. “I was accepted and left home for the Tibetan Medical and Astro-science Institute in Dharamsala.”

After being accepted from a pool of 142 applicants, Dr. Bhutti took her place in the class, along with 11 other students from monasteries in Darjeeling, Simla, and other places where Tibetan refugees had settled after fleeing their homeland. In those early days of the institute, times were hard. “Out of 142, they selected just 12 students to see whether we would really become doctors or not. As refugees now settled in India, they wanted to see how we would do in our studies,” says Dr. Bhutti. “The government-in-exile wanted to see if we could be trained in traditional Tibetan medicine. The government thought that if we did indeed succeed, we could become examples for the future, for Tibetan children. At the time, the Tibetan government-in-exile was very poor. They had very little money to fund us. We would receive 49 Indian rupees and cook together, all 12 of us.”

Dr. Bhutti remembers that the poor diet she and the other students endured offered little in the way of nutrition: “It was very poor food—you know 49 rupees is not enough for a proper diet. We also needed to fetch water from outside and carry it back to where we staying. We even had to go out for fuel, go to the jungle to cut wood and bring it back so we could cook. In addition, we grew vegetables to save money.” 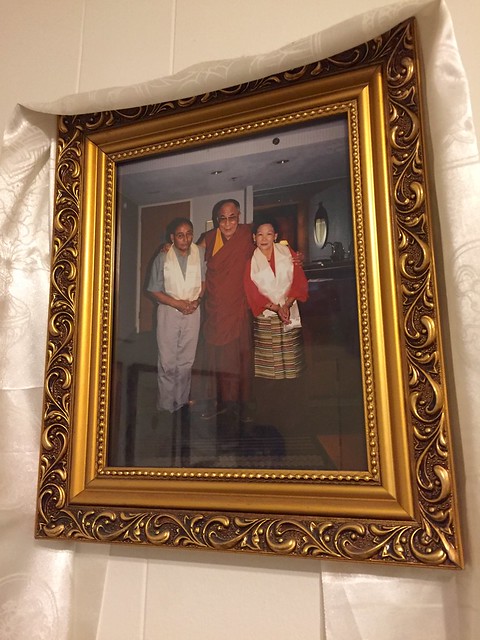 Dr. Bhutti and friend with His Holiness the Dalai Lama. Image courtesy of the
author

In his infinite compassion, the Dalai Lama offered guidance to the students so they would not become distressed. She remembers his personal encouragement symbolized by the rising sun: “The Dalai Lama would tell us, ‘be patient, be patient.’ The Dalai Lama came three times to my class. He said, ‘I know you have such difficulties right now, but please be patient. Do your job and study hard and you will see the Sun. Now you are in the dark, but you will see the Sun. Now there is only the Moon in the dark, but Sun will come; you will shine, you will get a good life.’”

Dr. Bhutti drew strength from the Dalai Lama’s words in those these early years of sacrifice, and of course these words eventually manifested. Not only did she graduate from the Tibetan Medical and Astro-science Institute, she worked as its chief physician for 25 years.

Today, living near the American city of Boston, Dr. Bhutti sees patients from all over the country and the world. Some patients are from traditional Buddhist families, but many who come are not at all familiar with Tibetan medicine. Referred from elsewhere, many patients are simply drawn by the prospect of healing, and are open to being treated by a system with which they may be totally unfamiliar.

Before arriving in the US, Dr. Bhutti apprenticed with Dr. Tenzin Chodak, the Dalai Lama’s senior personal physician. After traveling the world, she came to the US to join her husband and raise her children. She says it is solid, uninterrupted daily Tibetan Buddhist practice that sustains her, rising at 2:30am to sit in her special practice chair in the yard to meditate in the moonlight among the prayer flags. She continues her prayers to help all beings become free from suffering. 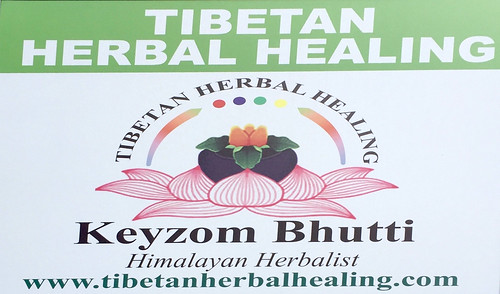 Having fled her country in 1959, years of work and study as a refugee in India have only increased this woman’s devotion to continue to serve. Blessed by His Holiness the Dalai Lama and nurtured by his wisdom and support, Dr. Bhutti offers healing to those in the US and beyond. Noting the fruit of the seeds planted by those early students of Tibetan Medical and Astrological Institute, she states: “In the early days there was hardship. These days the institute in Dharamsala has a lot of medical facilities; every difficulty has been solved. We didn’t run away from the difficult situation. We did well in our studies, and we set an example for future Tibetans to become doctors. So now they keep coming and coming because we didn’t make any mistakes.”

I ask whether this makes His Holiness the Dalai Lama happy, she replies in the affirmative—yes, he is very happy about it. And how does Dr. Bhutti feel about her life: “I feel really good. We did really well, we set a good example!”

Can There Be Too Much Mindfulness?
Why Education Matters: Improving Female Empowerment and Health Practices in Nepal
What it Means to be a Buddhist