“The garden is not an example for your life. It is exactly your life," says Miler. "Open your eyes and enter it!” Image courtesy of the author

When she first walked into the 100-year-old Japanese garden, abandoned and overgrown, hidden behind an old house in Los Angeles, American author and Zen teacher Karen Maezen Miller encountered an explosion of life. She later described the garden that was to become her own backyard:

“Hundreds of ripe oranges bobbed overhead like ornaments. Here was a young Meyer lemon tree, its top growth shooting up to the sun. Clumps of blue agapanthus flowers flared open like starbursts. In the shade of the house, skinny-legged nandinas waved their lacy leaves and berries. A 10-foot-tall Tibouchina released its purple flowers like a swarm of butterflies.”

The act of noticing, of paying attention to the details of daily life, is one of the lessons of her latest book, Paradise in Plain Sight: Lessons from a Zen Garden (New World Library, 2014). Having bought that old Los Angeles house and inherited the remarkable Japanese garden in the process, Miller takes nature, in all its thorny, stubborn profusion, as her subject. However, her story is as much about the rocks and ponds and stones as about the gardener’s reactions, aversions, and ways of seeing. Nature is both entirely itself and also a profound lesson in Buddhist principles, she says.

“The natural world is our true teacher. It is our true home,” she told me in an email. “The garden is not an example for your life. It is exactly your life. Open your eyes and enter it!”

From corralling bamboo to breastfeeding, from removing stains in the laundry to weeding crabgrass, ivy, and chickweed, the subjects of Miller’s writing are familiar and domestic. She writes from her own experiences, using her training as a Zen priest and her experiences as a mother and homemaker to remind readers of the opportunities for Buddhist practice all around us. Her lessons are those of ordinary moments and their extraordinary capacity to awaken us to the here and now. As a Dharma teacher at the Hazy Moon Zen Center in Los Angeles, she carries forward the Zen lineage of Taizan Maezumi Roshi, applying it to the very real, very concrete moments that make up everyday life. Her previous books include Momma Zen: Walking the Crooked Path of Motherhood (Trumpeter, 2007) and Hand Wash Cold: Care Instructions for an Ordinary Life (New World Library, 2010).

In her writing, which is direct and honest, Miller emphasizes what she calls the original meaning of Zen: a practice that is inextricable from everyday living, not “abstract beliefs and doctrines” studied in an esoteric way. When I asked her about the domestic nature of her teachings, she returns to that theme: “It's interesting: Zen itself is called the way of ordinary life,” she says. “The great masters emphasized wholehearted engagement in every moment of life.” 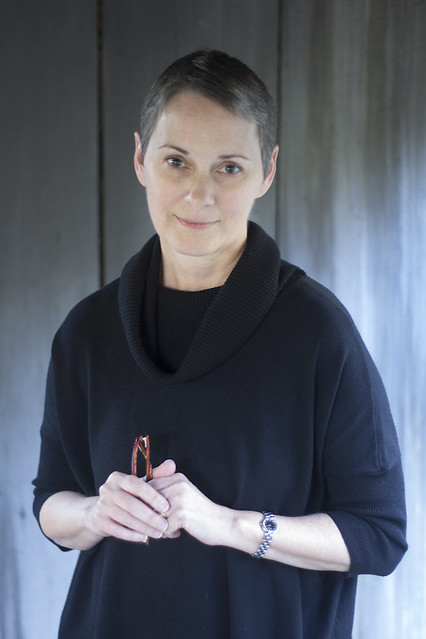 Engagement is the crux of Miller’s teachings. Whatever her daily chores, she seeks to practice them fully. She doesn’t sugarcoat the experiences. Dragging a dead raccoon out of a pond is one memorable moment in Paradise in Plain Sight, and yet that, too, is Buddhist practice. “Your life is your practice. The practice is wherever you are,” she says. “When we don't see the teachings come to life right in front of us, we are lost.”

Miller came to Zen in 1993, during a difficult period in her life. Depressed and at the end of a marriage, she happened upon a copy of the Tao Te Ching. She tried to meditate on her own, but quickly realizing that she needed guidance, she sought out Maezumi Roshi’s Zen center for a three-day retreat. Noting that she never expected to actually meet the great teacher in person, Miller recalls how he unexpectedly knocked on her door during the retreat to wake her for meditation.

“By that time in my life and career, I had met a lot of famous and powerful people. But Maezumi was the most profoundly genuine and kind person I had ever met,” she says. “He smiled easily and laughed often. And yet he sat like a mountain. He was a living teaching.”

In 2003, 10 years after she first entered the Zen center, and after leaving her career in public relations, buying the house with the Japanese garden, and starting a family, Miller ordained as a Zen priest. She describes the process as simply stepping forward along a path. “Freeing yourself from the trap of your own ego is a never-ending practice. But even from the start, it is an overwhelming relief,” she says. “I couldn't go back to the old me.”

Devoting herself to Buddhism did not stop Miller from also devoting herself to other aspects of her life—raising her daughter, and weeding, raking, draining, and pruning that 100-year-old garden. She says the myth that Buddhist practice is separate from, or should be held above, daily life is just that: a myth. “Do you know what happens in daily monastic life? Yes, there is the contemplative practice seated on a cushion. But there is also cleaning, cooking, gardening, eating, and sleeping. Nothing is left out! Practice is not some special thing done in a special way in a special place. Wherever we stand is the monastery.”

Although raising children and homemaking are traditionally the domestic duties of women in many cultures, Miller does not deliberately target female practitioners. What she teaches applies equally to both genders, she says. Perhaps because many laywomen have practiced Buddhism from amid diapers and laundry, her words may have a particular resonance for them, but Miller focuses more on the universality of the Zen path. “I can only testify from my own experience,” she says. “They might appear to be insights that arise as a mother, or as a dog walker, or as a weed-puller, but they are universal.” The act of noticing, of paying attention to the details of daily life, is one of the lessons of Miller's latest book, Paradise in Plain Sight: Lessons from a Zen Garden. Image courtesy of the author

These universal insights can arise within the enclosed space of a garden, or during sitting practice. Rather than seeing enclosure as a limitation, Miller sees it as opportunity. Paradise comes from the ancient Indo-Iranian word for an enclosed park, as she points out in her book. The work of our lives is not easy, she observes, and many things we might have thought were true—how to care for a garden, how to raise a child—can change over time. We cannot walk away from the places we have cultivated; remaining inside of that enclosed area, not walking away from paradise, is the practice. “It’s hard. It ‘s painful. We want things to be easy,” she says. “But in the end, we must return to the refuge of love. Love keeps carrying us across, and never fails.”