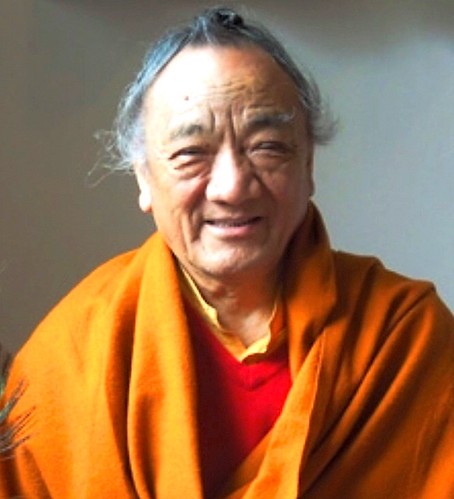 Ray dok ro nyom chen po, meaning the “great equal taste of hope and fear,” is a Tibetan phrase taken straight out of the Thröma Nakmo Chö, or cutting-through practice and commentary. In the West, we cultivate hope about so many things and alternately indulge or shun our fears about death and many other inevitabilities. Even after many years of training and practice in closed retreat, I still find myself slipping back into old habits of mind, both hoping that this relative-level material life will improve and fearing that it won’t. It is so exhausting, these old patterns, yet without continued and committed practice, how easy it is to fall back into the cycling gerbil-wheel of mental habit. Ro nyom chen po, the great view of all things being equal, is what is required for us to go beyond the see-saw of hope and fear. Knowing this is one thing, embodying it in our lives is quite another. Can we, with training and contemplation, learn to cut through our own delusions of mind?

I have been incredibly fortunate to receive the entire Dudjom Tersar lineage cycle, with many sublime teachings including Thröma Nakmo, over the past 18 years from Lama Pema Dorje Rinpoche, Lama Tharchin Rinpoche, and Thinley Norbu Rinpoche. It is barely conceivable to me to have had the great good fortune to encounter these wisdom beings in human form—let alone to have received numerous empowerments, teachings, and oral transmissions that are rare as stars in daytime. According to Lama Pema Dorje Rinpoche, of the many treasures Dudjom Lingpa revealed, Thröma was the most auspicious, a terma that became known throughout Kham, Ü, Tsang, Ladakh, the Mount Kailash region, and then on to India, China, and the West. Lama Pema Dorje Rinpoche’s father learned the Thröma cycle from Tséthar Rinpoche, passing it to his son.* 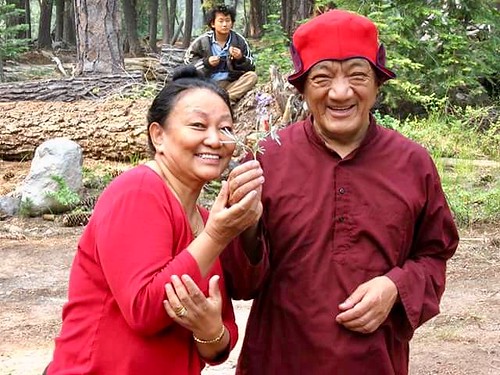 Since 2000, when my yearning for a Vajrayana teacher was realized and I met my refuge lama, then my root lama, and soon after, Lama Pema Dorje Rinpoche and Ache-Kunsang-la, I have held the Buddhadharma as the central tenet of my life—not an easy path in the West. I could never have begun nor sustained this commitment without the gently relentless teachings of my many sublime teachers and their kind attention to my spiritual wellbeing. Sometimes wrathful, sometimes tender, the authentic lama never gives up and is always motivated by selfless love. It is still hard for me to comprehend how I could have met so many teachers with integrity, fierce love, and constancy, especially in this world full of trickery and misbehavior. I cannot think of a pair purer nor more consistent than Lama Pema Dorje Rinpoche and Ache Kunsang-la, who have dedicated their every breath, movement, and thought to helping beings reach realization in a single lifetime. I tremble with the sense of the unrepayable-ness of their deep and lasting kindness. Having three of my beloved teachers pass into parinirvana brings an almost unbearable physical sensation of loss coupled with gratitude that is very hard to describe as it has no parallel in ordinary life.

Lama Pema Dorje Rinpoche was a revered Nyingma practitioner who taught the Thröma Nakmo cycle, Red and Green Tara practices, and tsa-lung (breath, channels, and essence practices) all over the world. An emanation of Phadampa Sangye, Machig Labdron’s guru, Rinpoche was beloved by students and peers alike. Although incredibly learned, practiced, and steeped in realization, Rinpoche was also “the embodiment of a carefree yogi, humble, deeply realized, and often joking. He [traveled and] taught with his beloved partner of more than 50 years, Khandro Kunsang [Chozom]. Their relationship was a model of devotion and mutual respect.”** Rinpoche and Khandro Kunsang formed a true Dharma partnership, serving beings through teaching continuously on several continents each year, spreading the Dharma and loving-kindness in small retreat centers and larger venues. Even with Rinpoche’s failing health in the last several years, the pair continued to travel and to teach, never losing the joyful, kind, and patient manner they shared with everyone they met. 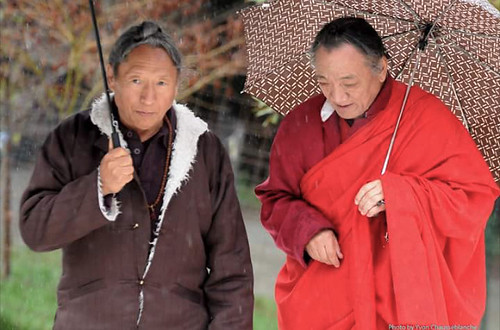 These two diligent, humble teachers lived the life of hidden yogis, even amid their busy travel and teaching schedules. Humility and integrity were their strongest traits, along with tireless love and compassion. Their lunch table teachings are among my fondest memories, as jokes and stories flowed from them both and we students gobbled them up, more delicious than candy. Even admonishments and scolding were appreciated, more so now in retrospect, for the deep caring they conveyed. But best of all was seeing the profound and genuine love between these two yogis, whose friendship held the very essence of Tibet between them, as only true heart-family in exile can. Both of these beloved teachers had contagious laughs that I will always remember, and that I truly miss. 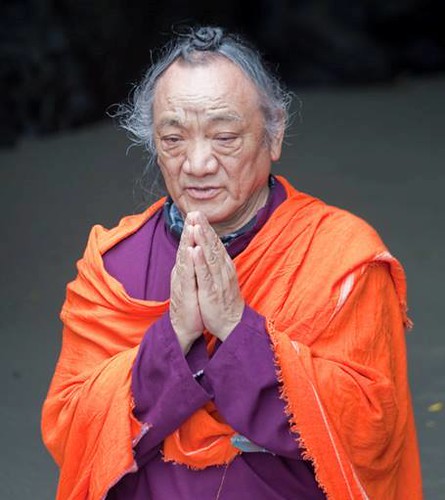 It is my experience that losing one’s guru in his or her physical form is something difficult to process and harder to explain. They are not gone, yet we can no longer see them. The sorrow and loss are real, yet the gratitude and commitment are deepened in wordless ways. Drawing upon the inner guru is essential, now more than ever, as is relying on our still-living teachers. Most important are the renewed commitments to living the teachings and sharing the Dharma with others, especially where the Dharma is weak or not present, just as our own teachers have been doing with us in the West. Guru yoga practice has never been more vital, the lifeblood of our practice. Guru yoga pacifies the intensity of the hope-fear seesaw, it is the fulcrum and the foundation of all, leading us toward what will endure long after the physical forms of teacher and student have gone. The key to sustaining the vitality of whatever practices Lama Pema Dorje Rinpoche gave, and reinforcing our dedication to the path, is guru yoga. If we recall the purity of his devotion and respect for his teachers and the lineages that will allow us to see the guru manifest in all the beings around us. In this way we can again be in the embrace of the lama, whether they are physically present in this world or not. By emulating Rinpoche’s guru devotion, by aspiring to practice as purely and simply as he did, there is a far greater chance that Vajrayana teachings can be in this world for a long time still. Wherever we go, if we can carry Lama Pema Dorje Rinpoche’s joy and integrity in our hearts, that alone will be of great benefit to ourselves and to those we meet. *** 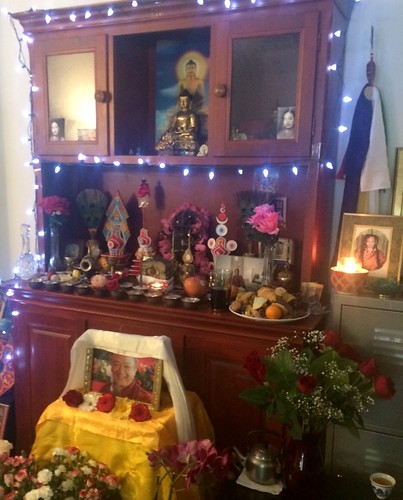