Life is pain. That is the first noble truth.

Like most practitioners and scholars of Buddhism, I have given that truth a considerable amount of thought. At times, it seems like the most obvious truth in the world. At other times, I wonder whether the Buddha was not understating the issue.

When I introduce Buddhism to my students, the issue of pain arises almost immediately. Indeed, it is quite difficult to talk about Buddhism for any length of time without stumbling onto that word. Pain is dukkha. A word that can also mean suffering, discomfort, dissatisfaction. Even agony. It is the umbrella term for every difficult experience on the emotional spectrum. Sometimes, dukkha seems to be the very heartbeat of the tradition. Or at the very least, it is its gatekeeper. Without some appreciation for suffering, Buddhism makes no sense.

What amazes me, though, is how strange this “noble truth” seems to many of my students. Invariably a hand goes up in the classroom and I am asked, “But what about happiness? Is there no such thing as happiness in Buddhism?”

Of course there is happiness. But happiness is fleeting and rare. Most of the experiences we identify as happiness are not really happy, but are masking for something else. We think we feel happiness when we fall in love, but surrounding that moment are all kinds of anxieties and fears that make our palms sweat. Falling in love can be exciting, but excitement is not happiness.

But still, my students press on.

“Buddhists must be depressed,” some eventually assume. “I like being happy,” others declare. “Who wants to think about suffering all the time anyway?”

No one. But you wind up thinking about it regardless, sooner or later. 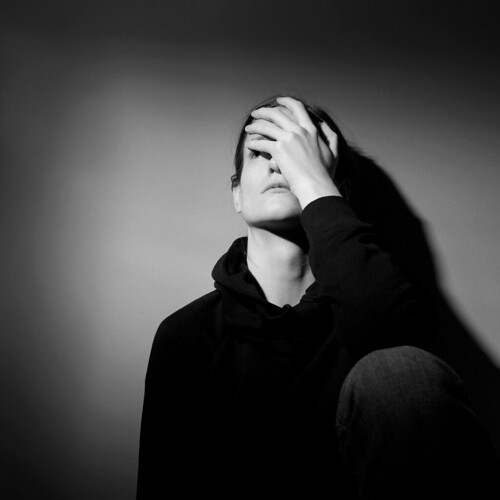 What I have been wondering lately is why so many of my students find it difficult (a kind of suffering in its own right) to have to think about suffering. Obviously, suffering is not foreign to them. They fall in love and have their hearts broken. They face disappointment at home, with their friends, with their grades.

Some of them experience more extreme versions of dukkha. One student wrote to me about his mother, who is an alcoholic. He spends whatever time he can with her when she is sober, because he loses her when she’s not. Another student is transitioning from being a man to becoming a woman, in front of my very eyes. She (who was once a he) does not want to deal with Buddhist rhetoric about suffering. She has had enough of that for a lifetime.

The older I get, the more suffering I feel I see and I wonder if the issue does not have something to do with age. My students are 18, 19, 20 years old. They are coming into themselves for the first time, stretching out their wings, trying to see where the limits lie and hoping they might be able to transcend them. Everything is changing for them and they need to figure out their next steps soon because the reality of self-sufficiency is calling. They are, in many ways, deeply immersed in their own selves.

I am not struggling to find my way—at least not the way I did when I was in my 20s. I have my footing, which means I have the privilege of being able to think about something other than myself. And what I see is pain. I see students suffering. I see friends suffering. I see the agony of parenting as it gets more complicated with every passing birthday. I see divorce. I see others staying married despite every reason not to. I see the older generation aging and all the fears and uncertainties of that phase looming. My 92-year-old grandmother recently complained that no one calls her anymore (even though her phone still rings 20 times more often than mine!). Then she laughed and said, “Of course, it’s no one’s fault. Everyone is dead.” Although she has the unusual fortitude to laugh at reality, her words speak of pain, too. The older I grow, the more convinced I become that the Buddha understated the problem. When I was younger, I did not process others’ pain in quite the way I do now. The world was smaller because it was mostly about me, but it isn’t like that anymore. The world is wider and the pain is everywhere. Sickness, suffering, fear, death.

Of course, there is happiness. There are moments of joy that glimmer in the night. Moments that I now know are real and not masking for something else. But the pain is not pretending either. It gets heavier each time the stakes are raised. The pain of losing a son. The anxiety of watching a daughter follow drugs down a darkened path. The worry of sickness as it threatens to strip us of our autonomy.

The Buddha’s truth is very different to me now than it was 20 years ago. It was different to me this morning, when I woke up to the news of a friend’s child dying in the night. Awareness of dukkha changes with time, with every passing moment. I suppose the Buddhist argument is that it will keep changing until we finally set ourselves free of it. But until then, I am condemned to watch dukkha unfold. And that, too, is dukkha.

My gratitude goes to both students whose stories are referred to in this piece for their permission to share something about them.

Rainy Day Contemplations on Suffering
“We Have All Made Mistakes” - Teaching Mindfulness in Prisons: A Different Kind of Rehabilitation
Driving at Night