A dance by any other name . . . would probably be better described, when looking at ancient and Asian dancing, including the dances of Buddhism. “Sacred Buddhist dance” sounds lovely, but makes about as much sense as referring to yoga as “Mindful Hindu calisthenics.” Honorable, but not quite right. 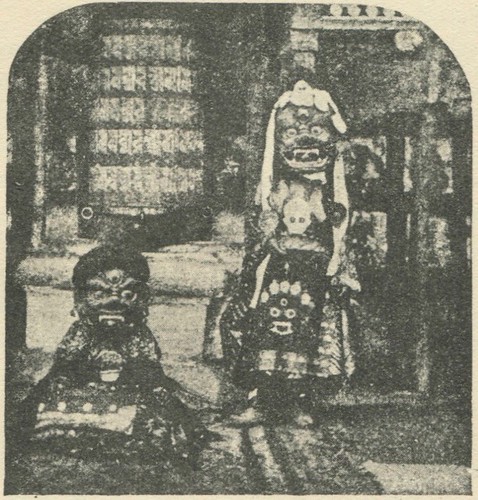 When explorers first saw Vajrayana Buddhist Cham, they labeled it “Devil Dances.”* The dancers looked like fanged monsters and went around in a circle making weird, unholy noises. Everything wrong with paganism, in a picture, they thought. “Shamanistic charlatanism”** wrote the scholar L. A. Waddell in his The Buddhism of Tibet, or Lamaism. “Devil Dances” transformed into “Demon Dances of Tibet”*** in 1926 when American dancer and explorer Ted Shawn made a superhuman effort to see them at Bhutia Monastery in Darjeeling.

Shawn, his wife Ruth St. Denis, and their wildly popular company Denishawn set trends in everything from modern dance and anthropological fieldwork to exotic fashion. Denishawn was the first stadium act in the world. An experienced and knowledgeable observer of non-Western dance who described it well in his 1929 publication Gods Who Dance, Shawn changed notions of dance worldwide. It is safe to say that no one in history has had the same opportunity as he did to witness and thereby acquire a knowledge of ancient dances. 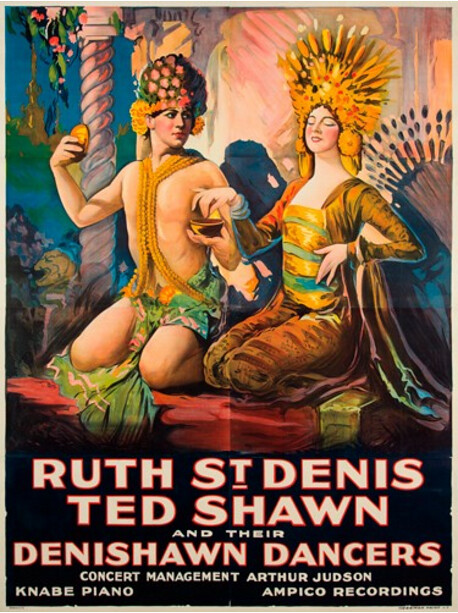 Shawn’s enthusiasm to learn about ancient Eastern dances was couched in an artist’s desire to understand theatrical effect: how does a specific movement create a certain reaction in an observer? How does use of the body conduct a particular atmosphere? On what mechanical techniques is the movement based? Is there a vocabulary of movement? These are not esoteric or religious questions, but we are happily a few steps away from “Egad! Satanic paganism!”

Shawn was a philosopher who examined as best he could the intellectual underpinnings of all the dances he witnessed. Anthropology was then a nascent soft science. Art was considerably ahead in exploring the real nature of the East. (The Italian scholar Giuseppe Tucci’s groundbreaking Tibetan Painted Scrolls, published in 1949, offered most Westerners their first opportunity to see Tibetan deities, albeit only in pictures. Shawn had seen them dancing around more than 20 years earlier and sought to make sense of his experience.)

The dancers of the Asian kingdoms visited by Shawn on his performance, research, and filmmaking tour of 1925–26 were in turn amazed at the robust creativity of the Westerners, who latched onto any inspiration and within days or weeks, produced spectacular, exotic shows. This matter of dance creation went straight to the heart of the difference between Western theatrical dancing and the dances of Eastern religions. As I will discuss later in Part 2, Cham choreography comes from the yogic visions of meditation masters, and is taught to monks. Western choreography comes from professional choreographers, and is taught to professional dancers. 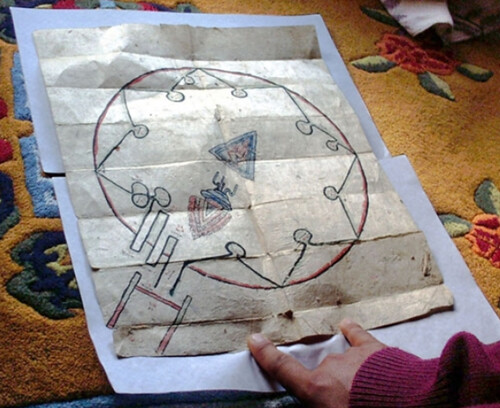 To begin where the problem in understanding begins, we have to examine the word “dance.” It is the only word we have in English for anything that wiggles. Stripper dance, liturgical dance, tap dance, postmodern dance, sacred Buddhist dance . . .  Named the same, Cham should have something in common with strippers on poles. Dance is not a useful word sometimes, perhaps too broad. Is “dance” a Western construct?

Most cultures have more than one word for dance. In Japan, for example, the word for dance performed in Kabuki, odori, means “waving the arms and legs around.” (The bu in Kabuki is for buyo, or “dance”; Kabuki means “song-dance-drama.”) The word for dance in Noh is mai, which means “making patterns.” Each involves a different state of mind. It is not uncommon among Western writers and scholars to use the misnomers “Noh dance” and “Kabuki dance.”

When anthropology of dance began, and soon thereafter dance ethnography, systems of categorization were adopted that seemed to many scholars to be objective and universal. These now appear hopelessly contrived, almost arbitrary. The terms are not useless, but they are largely irrelevant to understanding what the movement really is. Two monks rehearsing “Jug Ging,” in which supernatural beings use wands to divine the presence of evil, Tamzhing Monastery, Bhutan, 2005. From Core of Culture. Is it a “stick dance?” The difference between Western theatrical dancing and Eastern religious dancing has much to do with the fact that the West has lost its living connection to its ancient gnostic dance, whereas throughout Asia there are many extant examples, Cham being one. It is colonial to suggest that one term, “dance,” dominate and define all discussions, which stems from an assumption that all dance is fundamentally the same and therefore one word is enough.

One famous dance anthropologist nevertheless introduces Western dance and non-Western dance as “false distinctions” and goes on to cite what she considers an exemplary study comparing the New York City showgirls “The Rockettes” with African ritual. She then points to her own work: “My own work involves a variety of disciplines in my study of Polynesian dance—for example in comparing Polynesian traditions to the Broadway musical, ‘Cats,’ and raising questions.”****

I have questions. Perhaps I should compare Buddhist Cham to The Rockettes or Cats? Truth be told—many travelers who see Cham are coming with a Cats frame of mind, experiencing dance fundamentally as entertainment. It is not as far-fetched as it may seem to consider Cham mentality and Cats mentality in an encounter, if not a conflict. 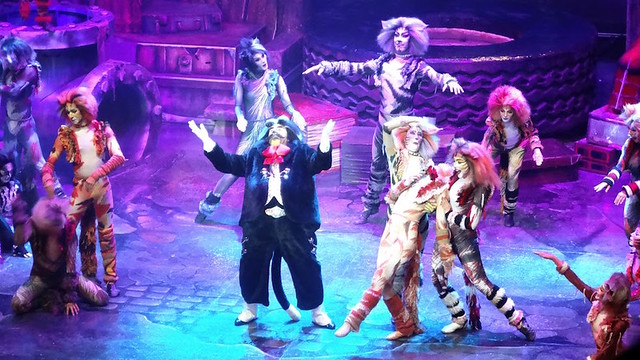 In the early 20th century, when tai chi and yoga were first introduced and written about in the West, they were called Tai Chi Dance and Yoga Dance until, over decades, Westerners realized that “dance” was not the right word. There was something different from dancing in the essence of yoga and tai chi, and the actual names of the traditions gained currency. Something similar is happening now with Cham. It is best understood when it is simply called Cham. A monk-dancer once told me, “Cham is more danced meditation than meditative dance.” More properly, Cham includes meditation, visualization, choreography, chant, and costume to animate a mandala in what a Cham master explained to me was “Deity Action,” pure and simple. Cham is Deity Action. Not devil dance. Not stick dance. And certainly not The Rockettes. 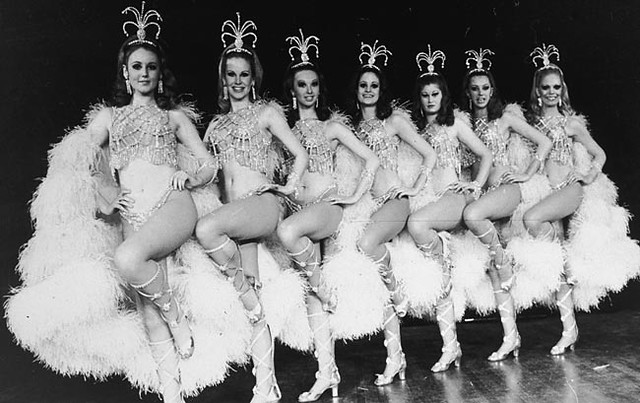