On 16 September, I was invited to attend a series of TEDx talks in Boulder, Colorado. I was impressed by the breadth and quality of speakers, and while the topics were also quite broad, a running theme emerged among at least five or six of the presenters. Healing and empathy featured as key traits in dire need of further cultivation by society at large and by us as individuals. Two speakers in particular stood out for me, as both the content and form of their presentations were strong and unique: Jane Weintraub of Denver, Colorado, and Khalida Brohi of Karachi, Pakistan. Although very different women working within two disparate cultures, I found both aiming toward the heart of personal well-being through community involvement.

Khalida Brohi is a powerhouse of a woman, bringing empowerment and real change to her homeland of Pakistan. Deeply disturbed by the so-called “honor killings” of women by men in her culture, which she has experienced in her own family and in the community of Karachi, Brohi has sought a new path forward for both women and men in her country. Khalida Brohi at TEDGlobal in 2014. Photo by James Duncan

“Honor killings” are really ego killings, Brohi posits. Instead of allowing men to view women as subject to their whims, she and many volunteers work tirelessly to turn traditional attitudes around so that men support the education, work training, and empowerment of women in Pakistani villages. The goal of her Sughar Foundation is to “create a society where women are not killed for honor, but are honored and given equal status. . . . To reach this goal we at Sughar have been struggling for years to find the right track, the right strategy, and the right moment to directly connect with the tribal traditions which we were intending to change! Eventually we realized that . . . the traditions were not our enemies, it was the knowledge to choose which tradition is positive and which is negative that keeps customs like honor killing, exchange marriage, and child marriage rampant.”*

As a nonprofit since 2014, Sughar Foundation has the lofty goal of reaching 1 million women. They work with tribal leaders to educate men and raise awareness of women’s rights and needs.

Sughar (meaning virtuous and accomplished) is growing strong in Pakistan, with hub centers that host other organizations working for positive change, as well as train village women in many areas. In 2009, Brohi formed the Sughar Empowerment Society, which teaches traditional embroidery, now becoming popular on the fashion runways of Los Angeles, creating sustainable markets and jobs for the Pakistani women based on their ancestral crafts. In turn, this helps educate Westerners about women’s rights in Pakistan and beyond.

Focusing on these virtuous goals, Sughar Foundation is growing fast and making a real impact, due also to partnering with strong organizations working on the ground in Pakistan. Brohi affirms that Sughar Foundation is now “a strong voice for influencing our government in taking crucial steps for the development of women in tribal and rural areas of Pakistan.”* This is making all the difference in the world in the lives of Pakistani women, and the men who are turning their minds toward empowering instead of victimizing the women in their lives.

Jane Weintraub has a master’s degree in Organizational Change Management. She has taught entrepreneurship, has helped businesses develop, and has coached leaders. But she is so much more than these! Her talk started sparely, with a phrase, “canary in the coal mine,” in what was almost a spoken word piece (she is adept at poetry). Jane developed Parkinson’s disease and is curiously embracing it, while hating it at the same time. She says the experience of being diagnosed sent her on a search for answers, or even a cure, but instead she found strategies for not only coping but finding the three crucial elements of safety, vitality, and joy.

She describes these as our human birthright, worthy of intentional daily attention. These three are particularly in jeopardy in our modern society, where our activities and social structures (or the decay thereof) often put human well-being at risk. The canary refers to an alertness of (and sensitivity to sources of) increasing rates of degenerative diseases. These are clearly linked to environmental toxins (emotional as well as physical), and the sometimes toxic lifestyles we work so hard to uphold (consumption, materialism, and so on.) 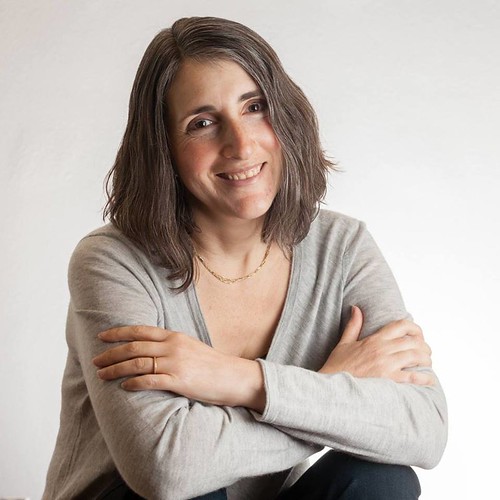 Jane talked freely about the neuroplasticity evident even in disease states, where a person can delve into areas of health buried in our deeper layers of physicality and consciousness. As she says, “Neuro-devotion is caring and attending to the well-being of our neural operating systems through practices that impact neuroception, thus allowing for the possibility of dynamic adaptations in our experience.”**

She has discovered the work of various researchers who rely on stimulating the vagus nerve to restart the body to wellness and vitality. During the TEDx talk, Jane had the entire audience of 2,200 people perform scalp stimulation on themselves to demonstrate a basic technique that reawakens the vagus nerve. She also mentioned cold showers, yawning, and other simple activities that can literally re-enervate our healthy body memory and longevity.

Many scientists and healers of all kinds are working on to this important area, yet Jane’s grippingly personal account of living with Parkinson’s brought the subject alive in a very moving and immediate way. She has a gift of using her illness to bring communities together to explore their own wellbeing, even in a room full of strangers! Jane also highly promotes dancing, prayer, chanting, qi gong, and many other modalities as means to reawaken joy, vitality, health, and a sense of safety. Here is an excerpt from one of her poems, showing such joy, connection, and freedom:

She is
The divine feminine—finally released—after epochs of sublimation inside the bones of patriarchy
She is Kundalini rising
She is all of the Chakras
She is the plant, the medicine speaking through me and you
She is the topic of the mystics and the ground of their devotional practices
She is the gateway between heaven and earth.
A small fraction that came before floating in an endless sea of intelligence.
Safe and whole.
Glory, glory hallelujah! ***

Though from very different worlds, I deeply appreciated how much vitality, safety, joy, and authentic honor these two women bring to others through their perseverance and compassion, a powerful combination for positive change in any part of the world! How wonderful that an event such as an independent TED talk can highlight the work of such inspiring women. Embroidery for empowerment: A Q&A with Khalida Brohi that reveals much more of her incredible story (TED Blog)

Ngakma Mé-tsal Wangmo – A Vicar of Vajrayana
Practicing the Bodhisattva Path with Buddhism and Psychology: An interview with Ven. Zhankong
The Sensitivity of a Mother