The use of psychedelic drugs was common in the counterculture of the 1960s and 1970s in North America and Western Europe. This time also saw a flourishing of Buddhism in the West, and for many the use of drugs was seen as a doorway into Buddhist practice and perhaps even a tool for seeing through illusions of society and the ego. And while this trend has continued, it was this year that the discussion of drugs and spiritual pursuit became an open and at times confrontational debate in the Buddhist world.

While the topic of drug use continues to elicit very strong opinions and reactions, the range of responses to this issue have been anything but black and white. One initial area of developing nuance has been in the specific drugs being discussed. Allan Badiner, one of the editors of Zig Zag Zen: Buddhism and Psychedelics (Synergetic Press, 2010 and 2015), writes:

The notion that all “drugs” are fundamentally alike is at the root of the confusion in our drug laws and the social debate about them. Drugs differ. Uses and occasions differ. Policies and practices also ought to differ appropriately.

Along those lines Stephen Batchelor, in his forward to the book, writes:

Before Buddhists can even begin to have a serious discussion about the use and abuse of drugs in contemporary society, there needs to be an acceptance of at least the possibility that certain currently illegal drugs can produce life- and performance-enhancing effects. Such a shift in attitude may require considerably greater openness, understanding, and tolerance from those in the Buddhist community entrusted with offering moral and spiritual guidance. 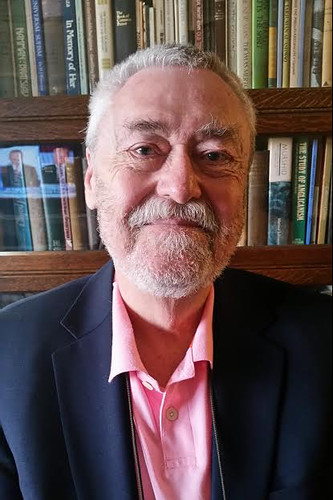 While a shift in broader cultural openness to certain drugs is by no means complete, a step was taken with the publication of Michael Pollan’s book How to Change Your Mind: What the New Science of Psychedelics Teaches Us About Consciousness, Dying, Addiction, Depression, and Transcendence (Penguin Press 2018). This was followed by articles in two major North American Buddhist magazines, Lion’s Roar and Tricycle, exploring specifically Buddhist applications of psychedelic drugs for spiritual purposes.

Both articles draw from the experience and teaching of Spring Washam, a member of the Spirit Rock Teachers Council, who has begun offering guided ayahuasca meditations in the Peruvian jungle. In an interview last year, Washam spoke of the arising of traumatic feelings during a three-month retreat that she could not handle within the context of Buddhist thought and practice alone. Afterward she spoke with a psychologist friend who had begun using ayahuasca with a small group and healing childhood trauma in the process.

Washam decided to join in one of her friend’s ayahuasca ceremonies. Speaking of her own experience, Washam recounts, “I felt like in that one night I had learned more about myself than I had on that three-month retreat.” From there, she went on to study and practice directly with traditional ayahuasca healers in Peru, leading eventually to the creation of her own 14-day retreats mixing Buddhist practice and ayahuasca. (Chitheads)

The articles in the major Buddhist magazines were followed, most notably, by a series of responses by Zen teacher Brad Warner. In his first he suggests that, “Rather than running off to find new experiences to relieve the boredom of meditation, maybe it would be better to dive deeply into that boredom and find out where it comes from and whether it really needs relieving.”

In a second article he goes further, saying of Washam and others teaching about psychedelics and Buddhist practice, “These charlatans are making a buttload of money selling this worthless trash to the millennial crowd. I can almost forgive younger people for being ignorant of where this crap took our culture the last time we tried it.” (Hardcore Zen)

Other teachers joined in. Daniel Scharpenburg wrote, “The troubling thing isn’t that there are people saying Buddhists can use psychedelics. I have my own complicated relationship with the fifth precept, but these people are saying that psychedelics can make Buddhism better.” (Tattooed Buddha)

Sensei Alex Kakuyo wrote about being invited to try psychedelic mushrooms with a coworker:

But as I studied the sutras, I couldn't find a single passage where the Buddha instructed his students to use psychedelics. And I couldn’t justify abstaining from alcohol in order to keep the fifth precept if I was going to break it through the use of magic mushrooms.

IN THE END, I DECIDED THAT I WAS EITHER GOING TO DRINK ALCOHOL AND DO MUSHROOMS, OR I WAS GOING TO ABSTAIN FROM BOTH.

I chose the latter. (The Same Old Zen) The Rev. James Ford wrote a similarly cautious dissenting piece after the discussion of Pollan’s book came to him in May:

Relying on personal insights, even profound experiences, without a larger context of practice and life creates people who are at best narcissists and at worse monsters. And, I’ve seen no such path of integration among those who rely upon psychedelics.

So, my bottom line point. The real deal of our spiritual lives is much more complicated, much more difficult than any experience we might have. It requires actual commitment to a life beyond any kind of indulgence, including and maybe particularly indulging those special experiences. (Monkey Mind)

A final response, by Gesshin Greenwood, traces much of the spectrum of responses in her own experience, from initial agreement with Warner and Ford, to anger and judgment, and finally a sense of joy for the benefit that might come with psychedelic use for some.

The judgement and righteousness about medicine among Buddhists is harmful. Yet people so rarely can articulate this with nuance. Psychedelics and anti-depressants are not Buddhism. Of course not. And yet they can be a part of a larger path of healing. They are not for everyone. Anti-depressants quite literally do not work for 50% of the people who take them. But they work for some people. Psychedelics can be extremely dangerous for some people, and for others, they have healing capacities. I wish there was more research about this, to be frank.

Buddhism is not a magic bullet that solves all of our problems. As other teachers have said, meditation practice opens the door to a larger path of healing. On that path of healing we will each need to find our own medicine. (That’s So Zen)

Retreating into the World: the Ultimate Spiritual Practice
The Positive Impact of Mindfulness
Tibetan Book of the Dead, Part One: Cosmic Jumper