Hiratsuka Raichō (1886­–1971) made a name for herself as one of the first-generation feminists in Japan. Her opening editorial in the first issue of Seitō, probably first feminist magazine in Japan, titled “In the Beginning Woman was the Sun,” catapulted her into the Japanese public eye and into the center of controversy. Her lifestyle, which at times challenged and broke the social conventions of Japan in the early 20th century, and that she reflected upon in her autobiography by the same name, In the Beginning Woman was the Sun, shocked the Japanese public and raised more than a few moral eyebrows. What makes her story one of interest for this series on Buddhism in Japan is that she credits her Zen experience as the main source of inspiration for her social and political activism. This raises an interesting and important question: is there a place for political expression of spiritual liberation in Buddhism? Raichō’s life—it is convention to refer to her by her artistic rather than her family name—was challenging not only for people in the early 20th century but even for my students today. She was a fiercely independent person and refused to let social norms define her. She received a college education—which was not a trajectory laid out for women by the social expectations of Japanese society at that time—she flirted with the idea of double suicide­­, experimented with homosexual attraction, and engaged in what society would deem an illegitimate relationship (premarital cohabitation). Her opinions on pre- and extramarital sex, as well as abortion, were notorious since she consistently promoted the principle of self-determination even as she herself was adamant that she would not have an abortion. Finally, her lifework, Seitō, was dedicated to promoting the creativity and financial independence of women, a concern she inherited from one of her role models, the famous tanka poet Yosano Akiko (1878–1942). 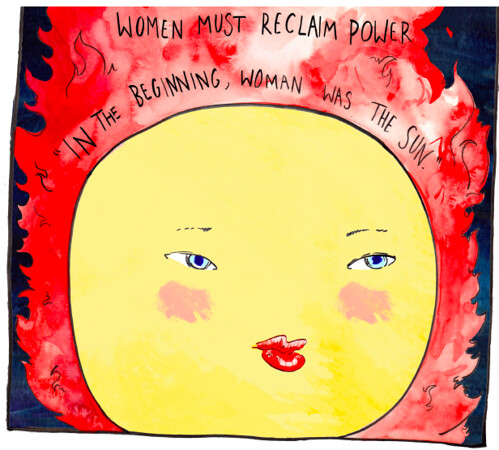 In an editorial titled “In the Beginning Woman was the Sun,” Hiratsuka Raichō
challenged the social conventions of Japan

In her writings, Raichō leaves no doubt that it was the lay meditation group at Ryōmō-an where she learned that humans should be judged by their actions and not their social standing, and that everyone is a subjective agent. Her experience of kenshō (literally, “seeing one’s nature”), the Rinzai Zen equivalent to “enlightenment” reminiscent of the famous words attributed to Bodhidharma “seeing one’s nature becoming a Buddha,” liberated her from bondage—personal, spiritual, and social. It also motivated her to dedicate her life to alleviating the suffering of many women of her day and to liberating them, as Yosano would say: “As a private individual, as a citizen of a country, and as a member of the wider world” (Yosano 2011, 1142). For Raichō, the “three ides of life” (Yosano 2011, 1142) were “as an individual, as a Buddhist, and as a woman.” Her life, even though incompletely depicted in two paragraphs, raises an interesting conundrum for Buddhists. Raichō clearly violated specific precepts and expectations that the Buddhist sangha has for women. From very early on, the precept structure of most Buddhist communities implied a rigid sexual morality and assigned women a secondary role in the sangha. Raichō challenged both. In a certain sense, her life seems to be closer to that of the bodhisattvas who “violate the precepts” in order to “liberate all sentient beings” (T 14.475.550), as described by, among others, the Vimalakīrti Sūtra and the “Shoakumakusa” fascicle in Dōgen’s Shōbōgenzō In some ways, her life is also reminiscent of that of “crazy monks” such as Jigong (1130–1207), Wonhyo (617–686), and Ikkyū (1394–1481), who broke the precepts yet are revered for their wisdom and compassion. This raises an interesting question about the role of precepts in the life of the sangha and Buddhist adepts. The Korean nun, Kim Iryeop (1896–1971), a contemporary of Raichō, suggests that we have to embrace the letter (rules) and the spirit (compassion) of the precepts (Kim 2015, 94). Dōgen (1200­–1253) even claimed that the “keeping of the precepts by the voice hearers [a Mahayana term for disciples of Buddha]” is equivalent to “the violation of the precepts by the bodhisattvas” (DZZ 1; Nishijima 1994, 132 [my wording]) in fulfillment of the bodhisattva vow to “liberate all sentient beings.” But what if the letter and the spirit of the precepts are in conflict? 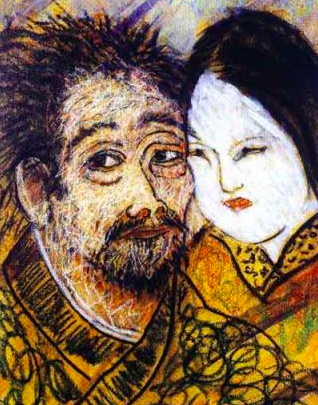 Often times, Buddhist scriptures reflect an ambiguity when it comes to the role of women in the sangha. This ambiguity is best expressed by the Buddha’s response to Ananda’s question on whether women could be allowed in the sangha. Buddha’s response was famously that, yes, women have the same ability to attain nirvana as men, but for a series of what could be called samsaric reasons, the sangha should impose additional rules on them. Throughout history, most Buddhist institutions have been androcentric. There have been individual Buddhist women, mostly nuns, who confronted the androcentrism of society that was reflected in the structures of monastic institutions. In Japan it was women such as Princess Senshi (964–1035), Princess Shokushi (1149–1201), and the nun Eshin (1182–1268?). But the number of prolific women in Buddhist history and the significance assigned to them by the tradition and the canon is almost negligible. These historical realties are in stark contrast to the observation of the Vimalakīrti Sūtra that “in Buddha, there is neither male nor female” (T 14.475.548). The sūtra continues to argue that sexual and gender markers and differences are accidental, in appearance only, and thus neither essential nor of ultimate consequence. Excerpt from the the Vimalakīrti Sūtra

I think it is in the light of scriptures such as the Vimalakīrti Sūtra and the role models of crazy monks that the life and work of Raichō takes on shape as a prototype of a liberated existence and perhaps even a “living bodhisattva” in modern society. Throughout history, Buddhist texts and thinkers have often understood themselves in contrast to, or at odds with, dominant social norms, even as they sought social and political recognition for their temples and teachings. Raichō’s commitment to alleviate the suffering inflicted by social norms and expectations, and to attain political liberation, is inspiring, reflective of the Mahayana dictum that “nirvana is not different from saṃsāra,” and illustrative of the bodhisattva ideal expounded by the Vimalakirti Sūtra. In short, it is liberation embodied.

* Treasury of the True Dharma Eye