“Our American neighbors have been compiling and releasing many pieces from the pens of Buddhist women . . . but Buddhist women north of the 49th parallel? Not so much,” writes editor Tanya McGinnity in her introduction to Lotus Petals in the Snow: Voices of Canadian Buddhist Women (Sumeru Press 2015). The anthology is McGinnity’s attempt to rectify that imbalance, bringing writings by Canadian women into the larger conversation of North American Buddhists.

McGinnity draws on her experiences with zine culture—a self-publishing movement often linked with social justice causes—and roots her collection in the underground DIY aesthetic that accompanies it. As the editor, she has curated a collection of interviews, journal articles, personal essays, and even a poem that represent Buddhist women from across Canada. As each woman shares her experiences with the Dharma, collective and diverse feminine voices begin to build a picture of Canadian Buddhism today. There are travelogues, teachings, and testimonials; interviews with ordained nuns and lay practitioners; women wondering if they can accept their bodies; women wanting to dance for joy; women re-discovering relationships with their mothers through meditation and yoga, losing their parents to dementia, and regaining equanimity after divorce. It is truly a diverse gathering of writings. 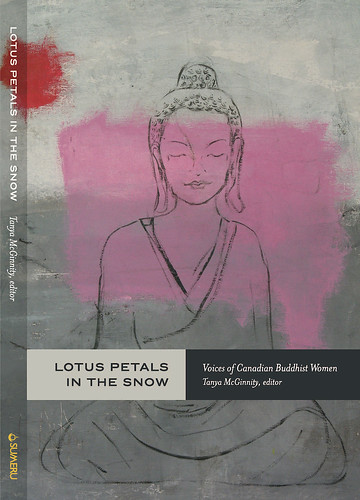 The variety is sometimes confounding. A brief, two-page essay by Tracy Franz on her son’s bilingualism follows a technical and in-depth history of Sakyadhita Canada, the national offshoot of the international Buddhist women’s organization. These pieces precede a political analysis of the trend of self-immolation in Tibet, which is followed by a short personal account from a young woman about moving to London; the travel article is loosely linked to broader ideas of Buddhism but contains none of the technical language of the longer articles, which can verge on sociology journal entries, complete with footnotes. Each woman’s voice stimulates, teaches, and inspires in its own way, but the whole begs the question: what is the thread knitting together these disparate voices? How can such variations in tone and approach meld into a cohesive volume?

This may be part of McGinnity’s plan. After all, the volume wants to represent “voices,” not a single voice; the variation in tone and style means that a breadth of Canadian women’s Buddhist experiences is represented. While the reader may not come away with a sense of the definitive Canadian-ness of the project, they do gain an appreciation for the various lived Buddhisms currently at play in the country.

The best pieces combine personal narrative with a direct reference to Buddhist philosophy. The lovingly told biography of the late Dharma teacher Cecilie Kwiat, by Julia Milton, introduces the reader to an important teacher from Canada and also threads through ideas of no-self, compassion, and bodhisattva nature. A more scholarly piece by Erin McCarthy, a professor of philosophy, meditates on maternity and motherhood and speaks to the Japanese Zen idea of ensō, or emptiness, as it relates to the womb. In these articles we gain a sense of the women writing them, their personal struggles and interest in the topics they discuss, as well as a conceptual framework for positioning their experiences in a Buddhist context.

Not every article meshes well with the collection. In one of the stranger entries, Patricia Ivan deconstructs what makes a cult and warns against groupthink, guru worship, and isolation in Buddhist circles. The warnings may be apt, but in a collection of warm, often personal tales of sangha-finding and self-revelation, the piece seems oddly oppositional.

Some of the articles are pedagogical, offering introductions to concepts that the lay practitioner might wish to investigate further with deeper reading or a teacher. Others almost seem aimed at the larger public, who may be less familiar with Buddhism. In “Giving and Receiving: Why Dharma Teachers Don’t Charge Fees,” Bonni Ross talks through tithing, the structure of monastic life, and the benefits of charitable giving. Explaining why Buddhist teachers often offer free or donation-based teachings seems like a lesson for non-Buddhists, who might be curious about the structure of the religion. Alternatively, it could be instructive for a beginning student who isn’t sure how to value a teaching, or in what way to best offer something back to their community. Other essays, including a fairly technical deconstruction of karma by Aryadrishti, seem to apply more to experienced practitioners with some knowledge and cushion-sitting under their belts. 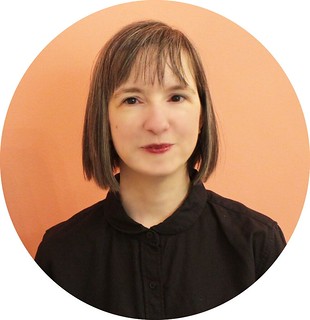 This leads the curious reader to wonder whom Lotus Petals in the Snow is written for. Is this a showcase of Canadian Buddhist writing for a non-Canadian or non-Buddhist audience? It feels more intimate than that, more like a quilt circle, a place to both craft and be heard. McGinnity’s zine aesthetic binds the diverse writers together in a sort of community, a chorus of voices not speaking outward, but inward, toward each other. The volume as a whole feels like a Canadian conversation, with women across the Buddhist spectrum reaching out to peers, offering wisdom, pooling experiences, creating a baseline of storytelling and teaching that can be used to build community.

After all, Buddhism is relatively new in the West, and Canadian women are beginning to build their sangha circles in new and unexpected ways. Many are lay practitioners, and some do not have cultural roots in Buddhism. In any community, telling stories becomes one of the most important foundational tools to establish trust, reciprocity, and build toward a joint future. As Mavis Fenn writes in her history of Sakyadhita Canada, the organization is “less than five years old. It has accomplished a great deal but there is still a great deal left to do. To return to the metaphor of the flower, it is in its first blush rather than full bloom.” In other words, as the Canadian women’s sangha begins to bloom, there is room for all kinds of watering of those Dharma seeds, from personal essays to deep teachings to the histories of beloved teachers, which will help the sangha flourish. Lotus Petals in the Snow feels like a gesture in that direction.

One Face of Liberation: Buddhist Feminism in Japan
The Daily Practice of a Modern Chinese Buddhist Nun: Facing the Discomfort
“What If” Wonder Woman
An Agent of Change: Empowering Bhutanese Nuns