Sectarianism is an ideology and a practice that typically derides other traditions, beliefs, or religions as inferior, impure, or even dangerous. A source of division and resentment, it serves as a platform for fundamentalism, violence, and war. The wise Buddhist masters of old usually encouraged their followers against practicing sectarianism—indeed, one of the 14 precepts of Tantric Buddhism is to not disparage one’s own or another’s tradition. Yet, such divisive attitudes have survived and persisted for centuries and are unlikely to go away easily; sectarianism has longevity even though price we pay for it is high.

There are a number of important reasons why sectarianism continues to be widespread, even in the 21st century after many other backward practices have died out—economical, political, theoretical, and psychological factors. But unless we practice the path of non-attachment wholeheartedly, we human beings remain deeply connected with our instinct and desire for survival and security. Not only do we long for security for our basic needs, we yearn for wealth, luxury, and the financial success that will allow us to do more and more of what our ego wants as we become attached to the seductive bliss of being proud of our personal achievements and glories.

Even many traditional spiritual institutions behave like living entities in this respect, because they are run by individuals with complex egos. There is nothing inherently wrong with the fact that these institutions need money and financial security to operate. The problems begin when they become so immersed in the pursuit of financial goals that their spiritual practices become secondary to the institution’s prosperity and standing. In addition, traditional institutions are supported by loyal communities, and there is often a fear that other groups or sects might lure away existing members of their faithful flock or potential new members. This fear propels people to view other sects as foes or rivals who are lurking to steal what belongs to them, so they work to encourage their followers to hold a negative attitude toward other sects.

Just as in communities of animals, there is a pecking order in the human world. Our unenlightened egos want to be on top, to grasp the reins of power. This particular egoic tendency is prevalent not only in secular arenas such as business or politics, but is also quite strong within religious communities. The struggle for power between political parties can be fierce, and political rhetoric and policy platforms are often merely a ruse designed to entice support rather than sincerely contribute to the greater good of society. This conflict is readily apparent in today’s politics, dividing nations and sowing antagonism among its citizens; one political party tries to damage the image of the other party to win the backing of voters, in the process undermining the whole political system. Similarly, spiritual sectarianism comes into being when one school seeks to have more power or gain the upper hand—even within even the same spiritual tradition, we see religious sects inciting hatred toward perceived opponents.

The old religious traditions each have their own doctrines, yet not only are there divisions and rivalries between world’s major religions, there are even doctrinal differences between different sects within one religion. Adherents justifiably feel that all these doctrines cannot be valid at the same time, since their teachings and practices often seem to contradict each other. But once this perception is planted, devotees naturally claim that the sect they follow is supreme, the source of the purest, best, most undiluted teachings, and so forth. In reality, the essential teachings of these sects may have much in common, like the same nectar poured into different containers.

People become so emotionally invested in these divisive views that they are sometimes even willing to disparage the founding fathers and mothers of other traditions. Beneath all of these actions, a fire of hatred is burning that becomes a powerful stumbling block on their own spiritual path. 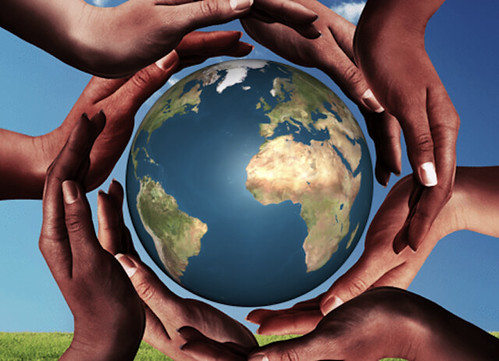 This is not to say that we should agree with all doctrines and teachings. The Buddha himself encouraged us to inquire into the nature of doctrine through intelligent discernment, and even to offer constructive criticism when there is good reason. What should not occur, however, is hatred and bigotry.

Religious identity can offer a feeling of belonging as a member of a group of like-minded people who follow a common set of values. It offers a sense of community, kinship, and a social network that is one of the most fundamental desires of the human ego. We may fear that having an open attitude and reverence toward other traditions might challenge our monolithic religious identity, but this really means that our sense of belonging is resting on shaky ground. Harboring hatred toward other traditions provides an almost pathological solace; the need for confirmation that our religious identity is intact. By demonstrating a sectarian or fundamentalist attitude, one is perceived as a “true adherent” by one’s peers and leaders. Yet this doesn’t happen in groups that practice tolerance and reverence toward other traditions.

You might now be wondering what is the point of casting the light of understanding on the factors behind sectarianism. The point is that once we all understand that sectarianism lacks any form of uprightness and is motivated by very mundane reasons, we then have the means to take it down from the divine pedestal upon which it has been placed, and to treat it as a pathology so that it might lose its validity in the eyes of everyone. This can be a powerful method for rooting out sectarianism.

We all have a responsibility to work hard to bring about harmony among all spiritual traditions—within Buddhism and beyond. We must all learn to have tolerance toward other schools, even when there are significant doctrinal differences. Nonsectarianism doesn’t mean we should blindly accept every aspect of each other’s doctrines; it simply means that we don’t hate others or their traditions.

It should be easy for Buddhists to practice reverence toward all the sacred traditions that exist within Buddhism, taking the view that we’re all sitting under one giant golden umbrella that is the wisdom of Buddha. We should also intentionally try to practice tolerance toward other beliefs and other religions so that we can recognize and appreciate their own beauty once we open our minds. These are the first essential steps toward healing the divisions and rifts that so trouble the world today.