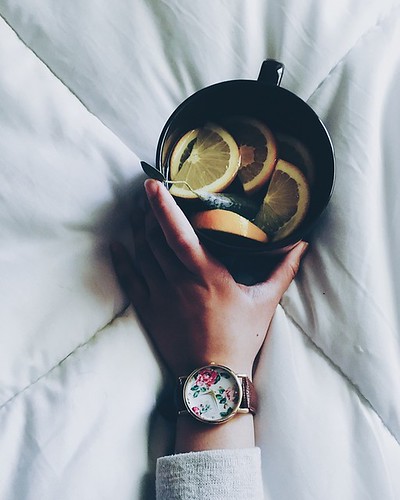 Welcome to another Living Metta experiment in taking metta off the meditation cushion and out into the world. Only this month’s experiment has an unusual twist (of lemon no less).

Some background before we begin: I've been practicing fasting for some 12 years now, longer in fact than I've been meditating. I originally explored fasting after recovering from many years of serious illness and taking all sorts of medication, and wanted to give my poor body a fresh start. The first fasting protocol I tried was hell-on-earth to say the least. I spent most of the first three days in the bathroom bringing up or out all that my body was ready to release. When there was nothing left to pass, I moved onto the sofa shaking with cold and headaches so painful I thought my brain would explode like a supernova. It was certainly not pretty, but the improved mental clarity and physical wellbeing afterwards made it worthwhile.

The fresh thinking gained from abstaining brought new levels of creativity and hope I hadn’t experienced in years. It wasn’t surprising to discover how many famous figures in history were also fasters: the Buddha, Jesus, Hippocrates, Aristotle, Plato, Paracelsus, and Abraham Lincoln, to name but a few. And apparently Handel composed his Messiah masterpiece while fasting.

So I persevered three times a year for health reasons until I sat my first 10-day Vipassana meditation course 10 years ago. If you've not sat one, students are encouraged to stop eating after 11am to deepen their practice. Fruit is available as a stabiliser for first-time students, but returning students can only consume warm lemon water.

I honestly think my first Vipassana course was smoother than the experiences of most first-time students due to the simple fact that—by then—my body welcomed fasting. And during the subsequent seven years of combining meditation practice with location-independence (described in my earlier Lily Pad Sutra column), I often fasted before the next jump to quite literally make room for my new reality.

House sits and meditation sits are similar in that no two are ever alike, even if the overall format is the same. Some are sad, some are funny, some are angry, some are incredibly intense, and some are surprisingly subtle.

A funny trend I noticed during those years of living in strangers’ guestrooms was that I could almost predict how welcome I would be during my stay depending on how much space had been cleared for my arrival: some guest rooms were as sparse and welcoming as a hotel room, others so cluttered there wasn’t even an empty drawer for me to put away my own things.

Since I’ve returned to living in one place, I’ve tweaked my fasting practice to drinking only lemon water and herbal teas for a fortnight during the change of seasons in spring and autumn. There are lots of wonderful books on fasting; my favourite is Stephen Buhner's The Transformational Power of Fasting, which explores the science and spirituality of the practice. In his own words:

During fasting we confront all of our most basic fears about love, intimacy, surrender, and survival. And we often find that food is a cover under which we hide these most basic fears and beliefs. Intentionally refusing to eat pulls back the carpet and lets us see just what we have swept under it. (Creations Magazine) Sweeping It Under the Carpet by Banksy. From cntraveler.com

Similar to the linguistic paradox of describing mindfulness—a state when our minds are so present that all else falls away, fasting slows me down in a way unlike anything else. On a physical level, it frees up all the time I normally spend planning, shopping, preparing, and digesting food. On a mental level, something similar happens. It is a time to give my mind a rest and I naturally want to meditate more. Although I'd notice how much deeper my meditation became during fasting, it never occurred to me, until this Spring that is, to empty myself out with a different intention than resting my body and mind: rather than pulling back my personal carpet to see what’s been swept under it, why not lift it to make room for more metta instead?

As I sat with this inner gear-change in the approach to Easter, I felt inspired by spiritual teacher Matt Kahn to add a twist to my usual metta practice by blessing all those who've trespassed against me with what I needed at the time of being hurt.

Although Matt's approach is non-denominational, his repeat-after-me blessings are pure metta. Some examples of these are:

May those who hurt me be blessed with happiness.

May those who judged me be fully accepted as they are.

May those who harmed me live in safety.

May those who betrayed me find fulfilling relationships.

May those who took from me have more than they ever desired.

When I first started, very specific people and events came to mind from my own life history. However, it was surprising how quickly the personal turned universal: soon I found myself blessing current and historical world figures who have trespassed against all sentient beings.

And then it evolved into blessing all those I have trespassed against with the metta we both needed at the time. To metta-morphose Jesus’ prayer for forgiveness on the cross, Father, forgive them, for they do not know what they are doing:

Metta forgive us all for not knowing what we are doing.

Written down here, that probably sounds a nice spiritual idea. But, my fellow metta-scientists, I urge you to try this experiment too as the inner expansiveness and feeling of all-being-well-with-the-world once you get past the initial resistance is . . . no spoilers—just try it for yourself! Interestingly, my Easter fast has been gentle enough for me to experiment venturing out into the world earlier and more often than I normally would. And the results have been fascinating.

I attended a concert of Argentinian folk songs and found myself speaking with the singer afterwards. When I politely declined to eat, she spontaneously shared her struggle with anorexia since her teenage years. Having witnessed her beauty both on and off stage, it was baffling to imagine her harbouring any self-hatred. And that abstaining from food in her context was the ultimate in control/self-harm, and in mine it was the ultimate in surrender/self-care. In response, I found her a Spanish translation of one of my favourite books on spiritual surrender: Outrageous Openness: Letting the Divine Take the Lead by Tosha Silver.

A friend of a friend I bumped into for the first time had a similar response when I politely declined food: out poured her struggle with depression and alcoholism, and how she was now in her second month of sobriety. I congratulated her with all my heart, again amazed at how abstaining from alcohol in her context meant overcoming all manner of demons, and in mine it simply was no longer necessary. In response, I gifted her a tub of food-grade diatomaceousearth. A teaspoon in liquid every night before sleeping is a safe and gentle way to help her liver let go of what it needs to. And going to a cafe where I’m a regular, the woman behind the counter commented on my unusual order of a pot of peppermint tea and unusual attire of a hat and scarf on a sunny day.  It was a quiet moment, so I explained why my body temperature was lower than normal. The look of relief on her face was truly comic: “I so need to do something like that!” She immediately showed me her belly. Perhaps a milder example of self-hatred than the last two conversations, but I silently blessed her Buddha belly with more self-compassion and talked her through trying a gentler version of detoxing to start with than what I was doing: perhaps juice fasting or booking a colonic irrigation treatment? She sweetly hugged me later when I left the cafe, thanking me for the wake-up call and promising to take better care of herself.

So, my fellow metta-scientists, I encourage to prepare your outer and inner guest rooms for the fresh metta waiting to spring forth in all our lives!