It is hard to imagine that Master Sik Hin Hung, clad in his Chan monk’s robes, was once a Hong Kong stockbroker until his chance attendance of a talk at Hong Kong’s City Hall introduced him to a venerable Buddhist text he had never heard of before. The lecture, it turned out, concerned the Diamond Sutra, a short but highly influential text of the Mayahana school, and after he encountered the wisdom it contained, there was no turning back.

He began by studying and later teaching Buddhism, as well as doing volunteer work—including stints as a hospice worker. “I had two legs on two boats,” Master Hin Hung recalls. “One day I decided that if I went on like this I would never be successful, either in my business or in my spiritual practice.” At the age of 37, he went a step further, taking on full monastic vows at Po Lam Monastery on Hong Kong’s Lantau Island.

He had been studying Buddhism for more than a decade when he went to study at the University of London in 1993. After returning home, Master Hin Hung met the dean of the Faculty of Social Sciences at the University of Hong Kong (HKU) in a chance encounter. They lamented the dearth of Buddhist studies centers in the city, and she asked him if he would be interested in starting one. 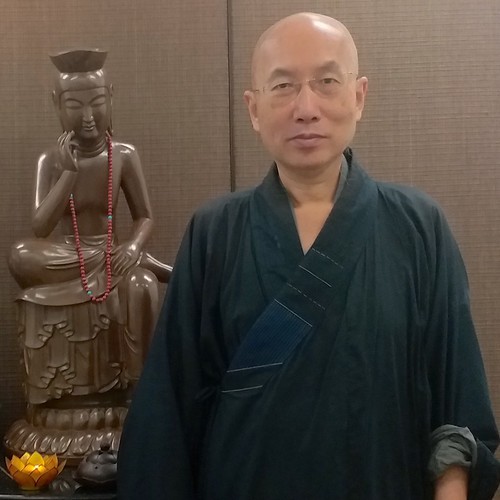 The department, officially established in 2002, now attracts students working in a wide range of academic fields from all over the world—from Asian countries such as Bhutan, Nepal, Sri Lanka, and Tibet, and from as far way as Europe. “We have a very good lama from Tibet studying here,” Master Hin Hung observes. “We even had a Tibetan girl, who graduated last year.”

The department is also open to students from all faiths: there are currently two Catholic priests studying at the center, one from Northern Europe and the other from the Philippines.

Admittedly, Buddhist studies, like any field of higher learning, can at times be dry. It often requires a command of languages, such as Pali, Sanskrit, and Tibetan. A thick tome lay on Master Hin Hung’s desk on the day I came to see hime, titled, The Structure of Interpretation of Early Prajnaparamita: An Analysis Via Chiasmic Theory, a PhD dissertation submitted by a student from New Zealand.

Its academic value notwithstanding, playing a key role in making Buddhism more popular is the popularity of various meditation techniques. For instance mindfulness meditation-based stress reduction (MBSR) methods, and the ways in which they can help people in their day-to-day lives.

Internationally,  Master Hin Hung says, especially in the years after His Holiness the Dalai Lama was awarded the Nobel Peace Prize in 1989, Buddhism began to gain more widespread acceptance and was no longer viewed as being rigid and old-fashioned.

The center also conducts research using electroencephalography (EEG), a method in neuroscience, quite popular in Western universities, for monitoring and recording electrical activity in the brain.

However, Master Hin Hung notes that many Western scientists, especially proponents of mindfulness meditation practices, are only considering a small part of the Buddhist teachings and practices. “In the Noble Eightfold Path, mindfulness is only one part; you still have seven more,” he notes.

What Master Hin Hung aspires to do is to create a program that includes all aspects of the Buddhadharma, an ambition that has led him to experiment with and develop his own therapy modules. Two programs have thus far been born: Dharma Therapy and Awareness Training. “We believe that if a person has developed compassion and the wisdom of non-attachment, then all of problems will be gone,” he says.

These two different approaches, along with their theoretical foundations, will form an integral part of HKU’s new master’s program in Buddhist Counseling, which begins in the fall. The course, which has accepted 35 students for its first batch, will prepare them to become better therapists and counsellors, and will, potentially, even prepare students to become Buddhist chaplains. 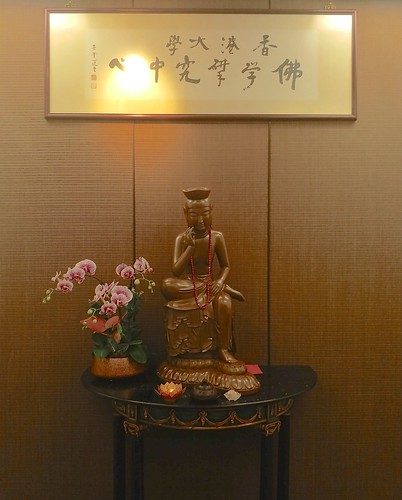 HKU is now working on a new program for Buddhist chaplains, and I ask if they are essentially looking to train lamas, Master Hin Hung relies: “Yes, something like that. But we want to do it in a way that is systematic, academic, and has a good, solid foundation and some kind of ethical guidance.” Master Hin Hung aims to unabashedly present Buddhist psychology as it is, without feeling the need to dress it up as something that it is not.

Many might wonder what the future of modern Buddhism will be like. Master Hin Hung notes that if it is the future of Buddhism as a “religion,” he is not quite sure, but Buddhism as a philosophy and a way of life is clearly flourishing. For one thing, he notes, not many people are willing to believe in reincarnation, even though they may believe in the Buddhist teachings. However, “if you don’t believe in reincarnation, then you are not a true Buddhist,” he affirms.

But did Master Hin Hung know that he would one day help found what has now become one of Asia’s leading centers for Buddhist studies? “Maybe, yes . . . I was assigned to do this, maybe,” he says, when I ask if his path from businessman to Buddhist monk was somehow karmic or predestined.

More from this author